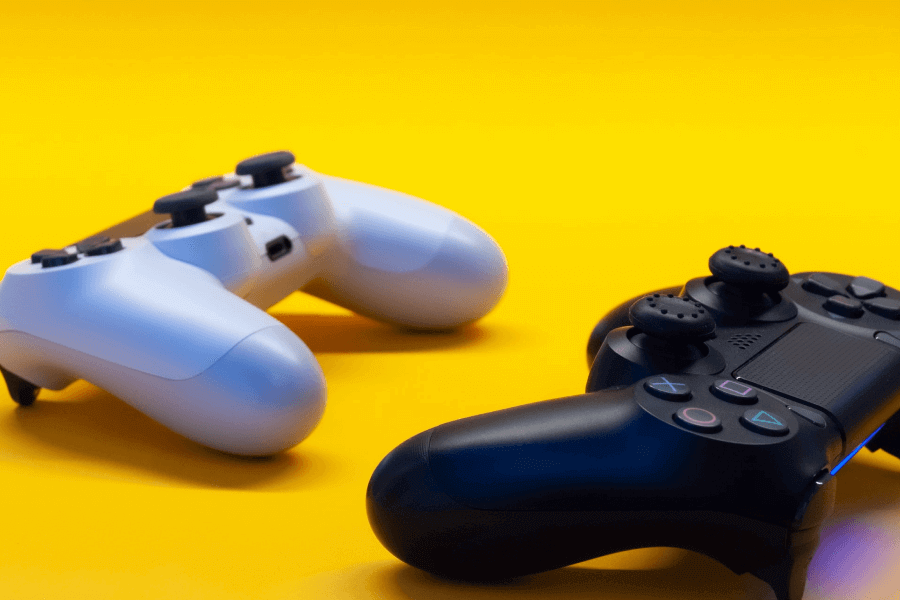 Is there more to video games than people realize?
Many people who spend a lot of time playing video games insist that they have helped them in areas like confidence-building, presentation skills and debating. Yet this way of thinking about video games can be found almost nowhere within the mainstream media, which still tend to treat games as an odd mix of the slightly menacing and the alien. This lack of awareness has become increasingly inappropriate, as video games and the culture that surrounds them have become very big business indeed. Recently, the British government released the Byron report into the effects of electronic media on children. Its conclusions set out a clear, rational basis for exploring the regulation of video games. The ensuing debate, however, has descended into the same old squabbling between partisan factions: the preachers of mental and moral decline, and the innovative game designers. In between are the gamers, busily buying and playing while nonsense is talked over their heads. Susan Greenfield, renowned neuroscientist, outlines her concerns in a new book. Every individual’s mind is the product of a brain that has been personalized by the sum total of their experiences; with an increasing quantity of our experiences from very early childhood taking place ‘on screen’ rather than in the world, there is potentially a profound shift in the way children’s minds work. She suggests that the fast-paced, second-hand experiences created by video games and the Internet may inculcate a worldview that is less empathetic, more risk-taking and less contemplative than what we tend to think of as healthy. Greenfield’s prose is full of mixed metaphors and self-contradictions and is perhaps the worst enemy of her attempts to persuade. This is unfortunate, because however much technophiles may snort, she is articulating widely held fears that have a basis in fact. Unlike even their immediate antecedents, the latest electronic media are at once domestic and work-related, their mobility blurring the boundaries between these spaces, and video games are at their forefront. A generational divide has opened that is in many ways more profound than the equivalent shifts associated with radio or television, more alienating for those unfamiliar with new’ technologies, more absorbing for those who are. So how do our lawmakers regulate something that is too fluid to be fully comprehended or controlled? Adam Martin, a lead programmer for an online games developer, says:’ Computer games teach and people don’t even notice they’re being taught.’ But isn’t the kind of learning that goes on in games rather narrow? ‘A large part of the addictiveness of games does come from the fact that as you play you are mastering a set of challenges. But humanity’s larger understanding of the world comes primarily through communication and experimentation, through answering the question “What if?’ Games excel at teaching this too.’ Steven Johnson’s thesis is not that electronic games constitute a great, popular art, but that the mean level of mass culture has been demanding steadily more intellectual engagement from consumers. Games, he points out, generate satisfaction via the complexity of their virtual worlds, not by their robotic predictability. Testing the nature and limits of the laws of such imaginary worlds has more in common with scientific methods than with a pointless addiction, while the complexity of the problems children encounter within games exceeds that of anything they might find at school. Greenfield argues that there are ways of thinking that playing video games simply cannot teach. She has a point. We should never forget, for instance, the unique ability of books to engage and expand the human imagination, and to give us the means of more fully expressing our situations in the world. Intriguingly, the video games industry is now growing in ways that have more in common with an old-fashioned world of companionable pastimes than with a cyber future of lonely, isolated obsessives. Games in which friends and relations gather round a console to compete at activities are growing in popularity. The agenda is increasingly being set by the concerns of mainstream consumers – what they consider acceptable for their children, what they want to play at parties and across generations. These trends embody a familiar but important truth: games are human products, and lie within our control. This doesn’t mean we yet control or understand them fully, but it should remind us that there is nothing inevitable or incomprehensible about them. No matter how deeply it may be felt, instinctive fear is an inappropriate response to technology of any kind. So far, the dire predictions many traditionalists have made about the ‘death’ of old-fashioned narratives and imaginative thought at the hands of video games cannot be upheld. Television and cinema may be suffering, economically, at the hands of interactive media. But literacy standards have failed to decline. Young people still enjoy sport, going out and listening to music And most research – including a recent $1.5m study funded by the US government – suggests that even pre- teens are not in the habit of blurring game worlds and real worlds. The sheer pace and scale of the changes we face, however, leave little room for complacency. Richard Battle, a British writer and game researcher, says Times change: accept it; embrace it.’ Just as, today, we have no living memories of a time before radio, we will soon live in a world in which no one living experienced growing up without computers. It is for this reason that we must try to examine what we stand to lose and gain, before it is too late.

Question 1 - 6
Do the following statements agree with the information given in the Reading Passage?
In following statements below, choose
YES if the statement agrees with the information
NO if the statement contradicts the information
NOT GIVEN if it is impossible to say what the writer thinks about this
1
Much media comment ignores the impact that video games can have on many people’s lives.
2
The publication of the Byron Report was followed by a worthwhile discussion between those for and against video games.
3
Susan Greenfield’s way of writing has become more complex over the years.
4
It is likely that video games will take over the role of certain kinds of books in the future.
5
More sociable games are being brought out to satisfy the demands of the buying public.
6
Being afraid of technological advances is a justifiable reaction.
Question 7 - 11
Choose appropriate options A, B, C or D.
7
According to the writer, what view about video games does Susan Greenfield put forward in tier new book?
A
They are exposing a child to an adult view of the world too soon.
B
Children become easily frightened by some of the situations in them.
C
They are changing the way children’s view of the world develops.
D
Children don’t learn from them because they are too repetitive.
8
According to the writer, what problems are faced when regulating video games?
A
The widespread and ever-changing use of games makes it difficult for lawmakers to control them.
B
The appeal of the games to a younger generation isn’t really understood by many lawmakers.
C
The lawmakers try to apply the same rules to the games as they did to radio and television.
D
Many lawmakers feel it is too late for the regulations to have much effect on the use of games.
9
What main point does Adam Martin make about video games?
A
People are learning how to avoid becoming addicted to them.
B
They enable people to learn without being aware of it happening.
C
They satisfy a need for people to compete with each other.
D
People learn a narrow range of skills but they are still useful.
10
Which of the following does Steven Johnson disagree with?
A
the opinion that video games offer educational benefits to the user
B
the attitude that video games are often labelled as predictable and undemanding
C
the idea that children’s logic is tested more by video games than at school
D
the suggestion that video games can be compared to scientific procedures
11
Which of the following is the most suitable subtitle for Reading Passage 3?
A
A debate about the effects of video games on other forms of technology.
B
An examination of the opinions of young people about video games.
C
A discussion of whether attitudes towards video games are outdated.
D
An analysis of the principles behind the historical development of video games.
Question 12 - 14
Complete each sentence with the correct ending, A-E, below.
Write the correct letter, A-E.
List of Endings
A
young people have no problem separating their own lives from the ones they play on the screen.
B
levels of reading ability will continue to drop significantly.
C
new advances in technology have to be absorbed into our lives.
D
games cannot provide preparation for the skills needed in real life.
E
young people will continue to play video games despite warnings
There is little evidence for the traditionalists’ prediction that
12
A recent study by the US government found that
13
Richard Battle suggests that it Is important for people to accept the fact that
14

(3)  The debate﻿ has descended into the same old squabbling﻿ (4) In between﻿ are the gamers﻿ , buying and playing﻿ while﻿ nonsense﻿ is talked over their heads﻿ . => “Nonsense" (vô lý) đề cập tới trong câu 2 chính là “debate" trong câu 1: Debate này rất vô lý Câu hỏi: The publication of the Byron Report was followed by a worthwhile discussion between those for and against video games.

Câu hỏi: It is likely that video games will take over the role of certain kinds of books in the future.

-> Worldview = view odd the world => Chọn C. They are changing the way children’s view of the world develops.

how do our lawmakers regulate something that is too fluid to be fully comprehended or controlled? ﻿

=> Video games are too fluid to be regulated and controlled by lawmakers.

-> Video games tràn lan nên lawmakers không thể kiểm soát được nữa => Đáp án: A. The widespread and ever-changing use of games makes it difficult for lawmakers to control them.

Steven Johnson’s thesis﻿ is not that electronic games constitute art﻿ , but that﻿ the mean level of mass culture﻿ has been demanding﻿ more intellectual engagement from consumers ﻿

=> Đáp án: B. the attitude that video games are often labelled as predictable and undemanding