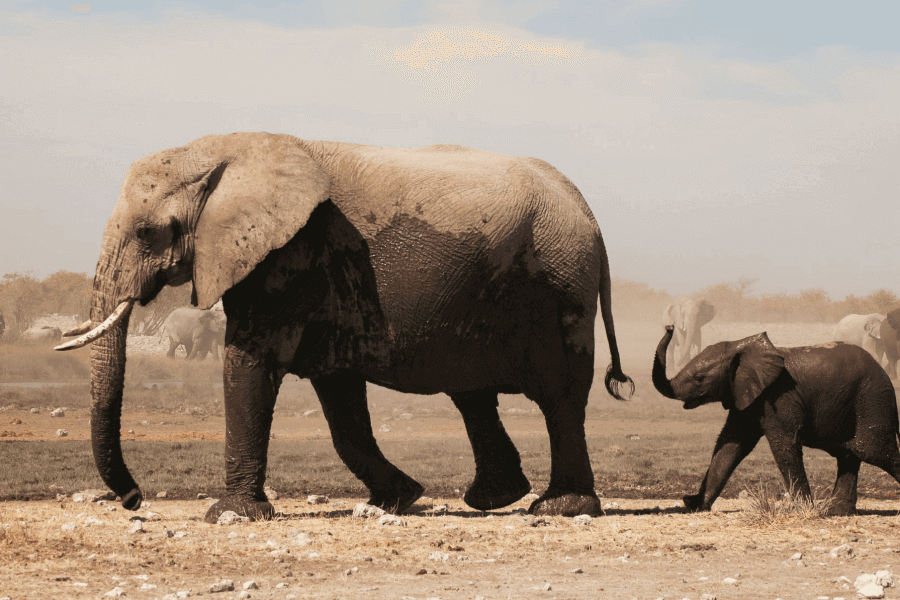 Elephant Communication
O’ Connell-Rodwell, a postdoctoral fellow at Stanford University, has travelled to Namibia’s first-ever wildlife reserve to explore the mystical and complicated realm of elephant communication. She, along with her colleagues, is part of a scientific revolution that started almost 20 years ago. This revolution has made a stunning revelation: elephants are capable of communicating with each other over long distances with low-frequency sounds, also known as infrasounds, which are too deep for humans to hear. As might be expected, African elephants able to detect seismic sound may have something to do with their ears. The hammer bone in an elephant’s inner ear is proportionally huge for a mammal, but it is rather normal for animals that use vibrational signals. Thus, it may be a sign that suggests elephants can use seismic sounds to communicate. Other aspects of elephant anatomy also support that ability. First, their massive bodies, which enable them to give out low-frequency sounds almost as powerful makes during takeoff, serve as ideal frames for receiving ground vibrations them to the inner ear. Second, the elephant’s toe bones are set on a fatty pad, which might be of help when focusing vibrations from the ground into the bone. Finally, the elephant has an enormous brain that sits in the cranial cavity behind the eyes in line with the auditory canal. The front of the skull is riddled with sinus cavities, which might function as resonating chambers for mound vibrations. It remains unclear how the elephants detect such vibrations, but O’ Connell-Rodwell raises a point that the pachyderms are ‘listening’ with their trunks and feet instead of their ears. The elephant trunk may just be the most versatile appendage in nature. Its utilization encompasses drinking, bathing, smelling, feeding and scratching. Both trunk and feet contain two types of nerve endings that are sensitive to pressure – one detects infrasonic vibration, and another responds to vibrations higher in frequencies. As O’ Connell-Rodwell sees, this research has a boundless and unpredictable future. ‘Our work is really interfaced of geophysics, neurophysiology and ecology,’ she says. ‘We’re raising questions that have never even been considered before.’ It has been well-known to scientists that seismic communication is widely observed among small animals, such as spiders, scorpions, insects and quite a lot of vertebrate species like white-lipped frogs, blind mole rats, kangaroo rats and golden moles. Nevertheless, O’Connell-Rodwell first argued that a giant land animal is also sending and receiving seismic signals. ‘I used to lay a male planthopper on a stem and replay the calling sound of a female, and then the male one would exhibit the same kind of behavior that happens in elephants—he would freeze, then press down on his legs, move forward a little, then stay still again. I find it so fascinating, and it got me thinking that perhaps auditory communication is not the only thing that is going on.’ Scientists have confirmed that an elephant’s capacity to communicate over long distance is essential for survival, especially in places like Etosha, where more than 2,400 savanna elephants range over a land bigger than New Jersey. It is already difficult for an elephant to find a mate in such a vast wild land, and the elephant reproductive biology only complicates it. Breeding herds also adopt low-frequency sounds to send alerts regarding predators. Even though grown-up elephants have no enemies else than human beings, baby elephants are vulnerable and are susceptible to lions and hyenas attack. At the sight of a predator, older ones in the herd will clump together to form protection before running away. We now know that elephants can respond to warning calls in the air, but can they detect signals transmitted solely through the ground? To look into that matter, the research team designed an experiment in 2002, which used electronic devices that enabled them to give out signals through the ground at Mushara. ‘The outcomes of our 2002 study revealed that elephants could indeed sense warning signals through the ground,’ O’Connell-Rodwell observes. Last year, an experiment was set up in the hope of solving that problem. It used three different recordings—the 1994 warning call from Mushara, an anti-predator call recorded by scientist Joyce Poole in Kenya and a made-up warble tone. ‘The data I’ve observed to this point implies that the elephants were responding the way I always expected. However, the fascinating finding is that the anti-predator call from Kenya, which is unfamiliar to them, caused them to gather around, tense up and rumble aggressively as well—but they didn’t always flee. I didn’t expect the results to be that clear-cut.’

Question 1 - 4
Label the diagram below.
Choose NO MORE THAN TWO WORDS from the passage for each answer. 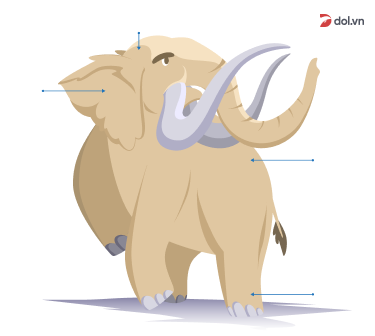 1
2
3
4
﻿
1
bones in inner ear
an
2
body
toe and fatty
3
﻿
big sized brain skull with many
4
﻿
Question 5 - 11
Complete the summary below.
Choose NO MORE THAN THREE WORDS from the passage for each answer.
How the elephants sense these sound vibrations is still unknown, but O’Connell-Rodwell, a postdoctoral researcher at Stanford University, proposes that elephants are ‘listening’ with their
5
by two kinds of nerve endings that respond to vibrations with both
6
frequency and slightly higher frequencies. O’Connell-Rodwell's work is at the combination of geophysics, neurophysiology and
7
. It was known that seismic communication existed extensively within small animals, but O’Connell-Rodwell was the first person to indicate that a large land animal would send and receive
8
too. Also, he noticed the freezing behaviour by putting a male planthopper on a stem and play back a female call, which might prove the existence of other communicative approaches besides
9
. Scientists have determined that an elephant’s ability to communicate over long distances is essential, especially, when elephant herds are finding a
10
, or are warning of predators. Finally, the results of our 2002 study showed us that elephants could detect warning calls through the
11
.
Question 12 - 13
Choose the correct letter A, B, C or D.
12
According to the passage, it is determined that an elephant needs to communicate over long distances for its survival
A
when a threatening predator appears.
B
when young elephants meet humans.
C
when older members of the herd want to flee from the group.
D
when a male elephant is in estrus.
13
What is the author’s attitude toward the experiment by using three different recordings in the last paragraph?
A
The outcome is definitely out of the original expectation.
B
The data cannot be very clearly obtained.
C
The result can be somewhat undecided or inaccurate.
D
The result can be unfamiliar to the public.