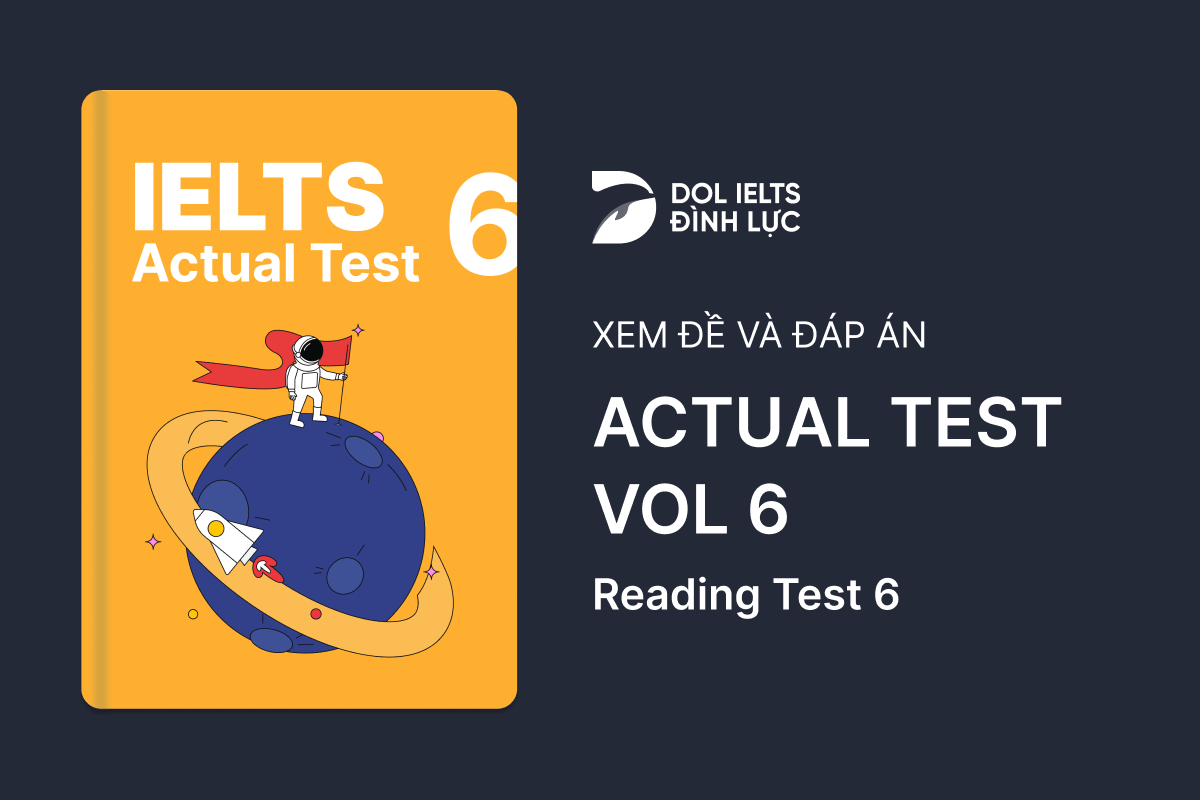 Question 1 - 5
Look at the following events and the list of dates below.
Match each event with the correct date, A-F.
List of Findings
A
1550
B
1799
C
1803
D
1840
E
1949
F
1973
1
Vehicles with refrigerator were used to transport on the road.
2
Ice was sold around the United States for the first time.
3
Some kind of chemical refrigerant was found harmful to the atmosphere.
4
The term ‘refrigerator’ was firstly introduced.
5
Some chemicals were added to refrigerate wine.
Question 6 - 10
Look at the following opinions or deeds and the list of people below.
Match each opinion or deed with the correct person, A-G.
List of Findings
A
Thomas Moore
B
Frederick Tudor
C
Carl Von Linde
D
Nathaniel Wyeth
E
J.B. Sutherland
F
Fred Jones
G
Parker Earle
6
patented the idia that refrigerating system can be installed on tramcars
7
invented an ice-cutting technical method that could save money and time
8
enabled the cold storage technology to be applied in fruit
9
invented a colling device applied into the trucking industry
10
created a new technique to liquefy the air
Question 11 - 14
Complete each sentence with the correct ending, A-E, below.
List of Endings
A
new developments, such as the application of Hydrofluorocarbons.
B
consumers ’ demand for fresh food, especially for vegetables.
C
the discovery of chlorofluorocarbons (Freon).
D
regional transportation system for refrigeration for a long distance.
E
extensive spread of the refrigeration method.
A healthy dietary change between 1830 and the American Civil War was greatly associated with
11
The development of urbanisation was likely to cause
12
Problems due to water treatment contributed to
13
The risk of the environmental devastation from the refrigeration led to
14

﻿ Since 1840 cars with the refrigerating system﻿ had been utilised to﻿ deliver and distribute﻿ milk and butter.﻿ ﻿

=> Since 1840, cars with refrigerator were used to transport

'ice was sold for the first time' -> 'as a commercial product, ice was first transported'

﻿ 1 People discovered﻿﻿ that﻿ adding chemical to water could lead to﻿ a lower temperature.﻿

﻿ The trucking industry﻿ began to be equipped with the refrigeration system﻿ with a roof-mounted cooling device,﻿ ﻿ invented by Fred Jones ﻿

﻿ Consumers’ soaring requirement for fresh food, especially for green vegetables resulted in﻿﻿ reform in people’s dieting habits between 1830 and the American Civil War ﻿

The risk of the environmental devastation from the refrigeration led to …

Ancient People in Sahara
On Oct. 13, 2000, Paul Sereno, a professor from the University of Chicago, guided a team of palaeontologists to climb out of three broken Land Rovers, contented their water bottles and walked across the toffee-coloured desert called Tenere Desert. Tenere, one of the most barren areas on the Earth, is located on the southern flank of Sahara. According to the turbaned nomads Tuareg who have ruled this infertile domain for a few centuries, this California-size ocean of sand and rock is a ‘desert within a desert’. In the Tenere Desert, massive dunes might stretch a hundred miles, as far as the eyes can reach. In addition, 120-degree heat waves and inexorable winds can take almost all the water from a human body in less than a day. Mike Hettwer, a photographer in the team, was attracted by the amazing scenes and walked to several dunes to take photos of the amazing landscape. When reaching the first slope of the dune, he was shocked by the fact that the dunes were scattered with many bones. He photographed these bones with his digital camera and went to the Land Rover in a hurry. ‘I found some bones,’ Hettwer said to other group members, ‘to my great surprise, they do not belong to the dinosaurs. They are human bones.’ One day in the spring of 2005, Paul Sereno got in touch with Elena Garcea, a prestigious archaeologist at the University of Cassino in Italy, asking her to return to the site with him together. After spending 30 years in researching the history of Nile in Sudan and of the mountains in the Libyan Desert, Garcea got well acquainted with the life of the ancient people in Sahara. But she did not know Sereno before this exploration, whose claim of having found so many skeletons in Tenere desert was unreliable to some archaeologists, among whom one person considered Sereno just as a ‘moonlighting palaeontologist’. However, Garcea was so obsessive with his perspective as to accept his invitation willingly. In the following three weeks, Sereno and Garcea (along with five excavators, five Tuareg guides, and five soldiers from Niger’s army) sketched a detailed map of the destined site, which was dubbed Gobero after the Tuareg name for the area, a place the ancient Kiffian and Tuareg nomads used to roam. After that, they excavated eight tombs and found twenty pieces of artefacts for the above mentioned two civilisations. From these artefacts, it is evidently seen that Kiffian fishermen caught not only the small fish, but also some huge ones: the remains of Nile perch, a fierce fish weighing about 300 pounds, along with those of the alligators and hippos, were left in the vicinity of dunes. Sereno went back with some essential bones and artefacts, and planned for the next trip to the Sahara area. Meanwhile, he pulled out the teeth of skeletons carefully and sent them to a researching laboratory for radiocarbon dating. The results indicated that while the smaller ‘sleeping’ bones might date back to 6,000 years ago (well within the Tenerian period), the bigger compactly tied artefacts were approximately 9,000 years old, just in the heyday of Kiffian era. The scientists now can distinguish one culture from the other. In the fall of 2006, for the purpose of exhuming another 80 burials, these people had another trip to Gobero, taking more crew members and six extra scientists specializing in different areas. Even at the site, Chris Stojanowski, bio-archaeologist in Arizona State University, found some clues by matching the pieces. Judged from the bones, the Kiffian could be a people of peace and hardworking. ‘No injuries in heads or forearms indicate that they did not fight too much,’ he said. ‘And they had strong bodies.’ He pointed at a long narrow femur and continued, ‘From this muscle attachment, we could infer the huge leg muscles, which means this individual lived a strenuous lifestyle and ate much protein. Both of these two inferences coincide with the lifestyle of the people living on fishing.’ To create a striking contrast, he displayed a femur of a Tenerian male. This ridge was scarcely seen. ‘This individual had a less laborious lifestyle, which you might expect of the herder.’ Stojanowski concluded that the Tenerian were herders, which was consistent with the other scholars’ dominant view of the lifestyle in Sahara area 6,000 years ago, when the dry climate favoured herding rather than hunting. But Sereno proposed some confusing points: if the Tenerian was herders, where were the herds? Despite thousands of animal bones excavated in Gobero, only three cow skeletons were found, and none of goats or sheep found. ‘It is common for the herding people not to kill the cattle, particularly in a cemetery.’ Elena Garcea remarked, ‘Even the modem pastoralists such as Niger’s Wodaabe are reluctant to slaughter the animals in their herd.’ Sereno suggested, ‘Perhaps the Tenerian in Gobero were a transitional group that had still relied greatly on hunting and fishing and not adopted herding completely.’

Question 15 - 18
Do the following statements agree with the information given in the Reading Passage?
TRUE if the statement agrees with the information
FALSE if the statement contradicts the information
NOT GIVEN if it is impossible to say what the writer thinks about this
15
The pictures of rock engravings found in Green Sahara is similar to those in other places.
16
Tenere Desert was quite a fertile area in Sahara Desert.
17
Hettwer found human remains in the desert by chance.
18
Sereno and Garcea have cooperated in some archaeological activities before studying ancient Sahara people.
Question 19 - 21
Answer the questions below.
Choose NO MORE THAN THREE WORDS AND/OR A NUMBER from the passage for each answer.
19
What did Sereno and Garcea produce in the initial weeks before digging work?
20
What did Sereno send to the research centre?
21
How old were the bigger tightly bundled burials having been identified estimated to be?
Question 22 - 27
Complete the notes below.
Choose ONE WORD ONLY from the passage for each answer.
A comparative study of two ancient cultures
The Kiffian
—They seemed to be peaceful and industrious since the reseacher did not find
22
on their heads and forearms.
—Their lifestyle was
23
.
—Through the observation on the huge leg muscles, it could be inferred that their diet had plenty of
24
﻿
The Tenerian
—Stojanowski presumed that the Tenerian preferred herding to
25
.
—But only the bones of individual animals such as
26
were found.
—Sereno supposed the Tenerian in Gobero lived in a
27
group at that time

15
Not Given
Rút gọn

﻿ We﻿ could infer﻿ the huge leg muscles , which﻿ means﻿ this individual lived a strenuous lifestyle.﻿ ﻿

﻿ Despite﻿ thousands of animal bones﻿ excavated in Gobero﻿ , only three cow skeletons were found ﻿ , and none of goats or sheep found. ﻿

Phân tích info: … the Tenerian in Gobero﻿ were﻿ a transitional group… ﻿

Question 28 - 32
Reading Passage 3 has seven sections, A-G.
Choose the correct heading for sections B-E and G from the list of headings below.
List of Headings
I
An application of short codes on the TV screen
II
An overview of a fast-growing business
III
The trend that profitable games are gaining more concerns
IV
Why Netherlands takes the leading role
V
A new perspective towards sharing the business opportunities
VI
Factors relevant to the rapid increase in interactive TV
VII
The revenue gains and bonus share
VIII
The possibility of the complex technology replaced by the simpler ones
IX
The mind change of set-top box providers
28
Paragraph B
29
Paragraph C
30
Paragraph D
31
Paragraph E
32
Paragraph G
Question 33 - 35
Choose the correct letter A, B, C or D.
33
In Europe, a research hints that young audiences spend more money on
A
thumbing text messages.
B
writing e-mails.
C
watching TV programmes.
D
talking through mobile phones.
34
What would happen when reality TV shows invite the audience to vote?
A
Viewers would get attractive bonus.
B
They would be part of the competition.
C
Their questions would be replied.
D
Their participation could change the result.
35
Interactive TV will change from concentrating on set-top devices to
A
increasing their share in the market.
B
setting up a modified set-top box.
C
building an embedded message platform.
D
marching into the European market.
Question 36 - 40
Look at the following descriptions and the list of companies below.
Match each description with the correct company, A-F.
List of Findings
A
Flytxt
B
Analysys
C
Endemol
D
CMG
E
Mm02
F
Gartner
36
offered mobile phone message technology
37
earned considerable amount of money through a famous programme
38
expressed the view that short codes are convenient to remember when turning up
39
built their own mobile phone operating applications
40
indicated that it is easy for people to send message in an interactive TV

...reality TV shows such as ‘Big Brother﻿ , where viewers﻿ get to decide the result ﻿ through voting.﻿ ﻿