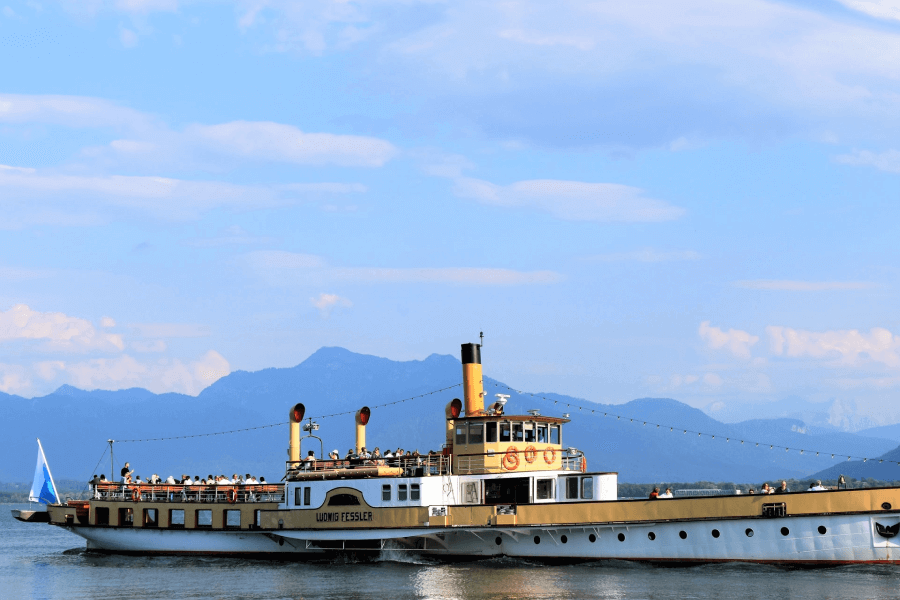 Question 1 - 4
Choose the correct letter, A, B or C.
1
The Treloar Valley passenger ferry
A
usually starts services in April.
B
departs at the same time each day.
C
is the main means of transport for local villagers.
2
What does the speaker say about the river cruise?
A
It can be combined with a train journey.
B
It’s unsuitable for people who have walking difficulties.
C
The return journey takes up to four hours.
3
What information is given about train services in the area?
A
Trains run non-stop between Calton and Plymouth.
B
One section of the rail track is raised.
C
Bookings can be made by telephone or the Internet.
4
The ‘Rover’ bus ticket
A
can be used for up to five journeys a day.
B
is valid for weekend travel only.
C
has recently gone down in price.
Question 5 - 10
Drag your answers in the option list into the boxes 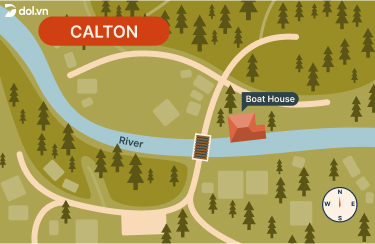 The valley and estuary of the River Treloar forms an unspoilt, beautiful landscape, rich in both wildlife and sites of historic interest. There are many ways to explore the area, and public transport links are good. It is possible to leave your car behind, and travel by boat, train or bus, with just short walks in-between stops.
The Treloar Valley Passenger Ferry runs between villages along the river estuary, and provides a link with the train station at Berry, which is about ten minutes’ walk from the riverside village of Calton. In the past, the river was the main form of transport in the area, and as in the past, today’s ferry service operates according to nature.
The river estuary is tidal, and so the ferry timetable differs from day to day, according to the times and height of the tide. The ferry is also seasonal, normally running between April and September, depending on the weather. A timetable for the whole year can be downloaded from the internet by visiting www dot treloarferry dot co dot uk.
If you just want to sit and relax, and enjoy the lovely scenery, you can take a river cruise to Calton and back from the nearby city of Plymouth. In the past, steam ships brought early tourists along the same route - Queen Victoria and her family enjoyed such a trip in eighteen fifty six. The journey is quicker these days - the round trip takes between four and five hours, depending on tides and weather.
f you prefer, you can travel upriver by boat and return to Plymouth by train. All cruise boats and trains have wheelchair access. For more information, and for departure times, ring Plymouth Boat Cruises on zero one seven, five two eight, two three one zero four.
Trains run several times a day throughout the year between Calton and Plymouth, with various stops in-between. They are used by both local commuters and tourists who want to enjoy the beautiful scenery. The highlight of the journey is crossing the river on the stunning viaduct, which was built at the beginning of the twentieth century, and towers one hundred and twenty feet over the water. It is unnecessary to book, and tickets can be bought on the train. For information about fares and timetables, contact National Rail Enquiries by phone or online.
The bus service in the Treloar Valley now connects all train stations and villages in the area. Specially for holiday makers, there’s a ‘Rover’ ticket which can be used at weekends and on national holidays, and allows unlimited journeys on those days. The Rover ticket provides great value for money, and is now even cheaper than it was last year. An adult ticket costs five pounds fifty a day, Senior Citizens can travel for four pounds fifty, and a family ticket for up to five people costs just twelve pounds. Tickets can be bought on the bus.
At the centre of the Treloar Estuary area is the historic riverside village of Calton. The main road comes into the village from the south, and for those of you who are arriving by bus, it turns left just before the bridge and stops in the lay-by on the left hand side. From there it’s just a short walk to Calton’s various attractions.
If you’re arriving by car, you have to leave it in the main car park. Go over the bridge and take the first turning on the right. Then go on until you come to the end of that road. It’s the only place to park in Calton but there’s no charge.
If you’re interested in local history, there’s a museum in Calton with farming, fishing and household implements from the late nineteenth century. As you come in from the south, cross the river and go straight on the same road until you reach the end.
Also on the subject of history, you can go and see the old mill which has recently been renovated and put back into use. Turn left before you come to the bridge. Then go straight on and then take the first turning on the right. This leads straight there.
If you’re interested in arts and crafts, there’s a potter’s studio where you can watch the artist at work. After crossing the bridge turn left and it’s the second building on the left. Finally, when you feel in need of refreshments, there’s a cafe opposite the old boat house, and a picnic area near the mill.

﻿ Nghe thấy "in the past, the river was the main form of transport in the area"

﻿ Nghe tiếp thấy "the ferry timetable differs from day to day, according to the times and height of the tides"