The Eucalyptus Tree In Australia IELTS Listening Answers With Audio, Transcript, And Explanation 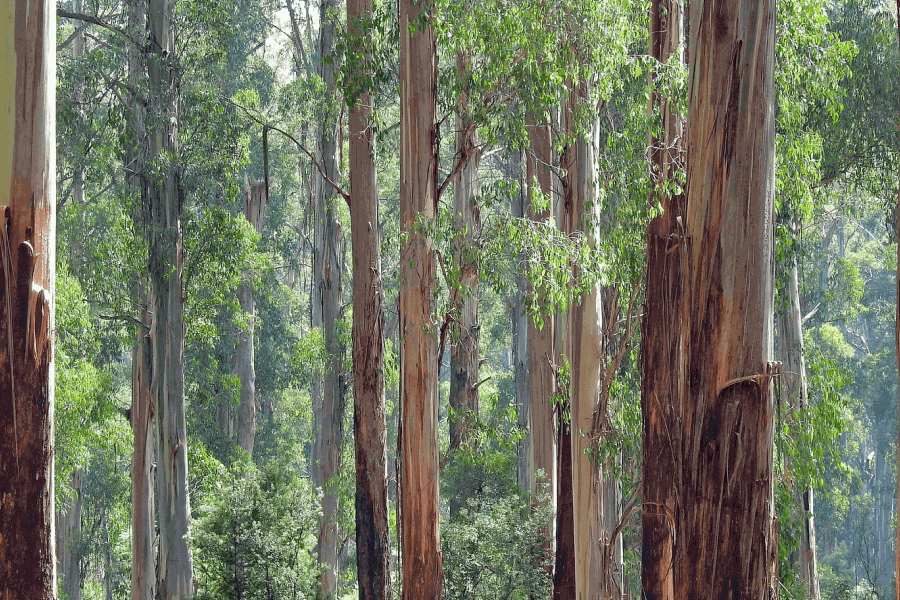 Question 1 - 10
Complete the notes below.
Write ONE WORD ONLY for each answer.
The Eucalyptus Tree in Australia
Importance
Reasons for present decline in number
A) Diseases
(i)   ‘Mundulla Yellows’
(ii)   ‘Bell-miner Associated Die-back’
B) Bushfires
William Jackson’s theory:

Today I’m going to talk about the eucalyptus tree. This is a very common tree here in Australia, where it’s also sometimes called the gum tree. First I’m going to talk about why it’s important, then I’m going to describe some problems it faces at present.
Right, well the eucalyptus tree is an important tree for lots of reasons. For example, it gives shelter to creatures like birds and bats, and these and other species also depend on it for food, particularly the nectar from its flowers.
So it supports biodiversity. It’s useful to us humans too, because we can kill germs with a disinfectant made from oil extracted from eucalyptus leaves.
The eucalyptus grows all over Australia and the trees can live for up to four hundred years. So it’s alarming that all across the country, numbers of eucalyptus are falling because the trees are dying off prematurely.
So what are the reasons for this? One possible reason is disease. As far back as the 1970s the trees started getting a disease called Mundulla Yellows.
The trees’ leaves would gradually turn yellow, then the tree would die. It wasn’t until 2004 that they found the cause of the problem was lime, or calcium hydroxide to give it its proper chemical name, which was being used in the construction of roads.
The lime was being washed away into the ground and affecting the roots of the eucalyptus trees nearby. What is was doing was preventing the trees from sucking up the iron they needed for healthy growth. When this was injected back into the affected trees, they immediately recovered.
But this problem only affected a relatively small number of trees. By 2000, huge numbers of eucalyptus were dying along Australia’s East Coast, of a disease known as Bell-miner Associated Die-back.
The bell-miner is a bird, and the disease seems to be common where there are high populations of bell-miners. Again it’s the leaves of the trees that are affected. What happens is that insects settle on the leaves and eat their way round them, destroying them as they go, and at the same time they secrete a solution which has sugar in it.
The bell-miner birds really like this solution, and in order to get as much as possible, they keep away other creatures that might try to get it. So these birds and insects flourish at the expense of other species, and eventually so much damage is done to the leaves that the tree dies.
But experts say that trees can start looking sick before any sign of Bell-miner Associated Die-back. So it looks as if the problem might have another explanation. One possibility is that it’s to do with the huge bushfires that we have in Australia.
A theory proposed over 40 years ago be ecologist William Jackson is that the frequency of bushfires in a particular region affects the type of vegetation that grows there.
If there are very frequent bushfires in a region, this encourages grass to grow afterwards, while if the bushfires are rather less frequent, this results in the growth of eucalyptus forests.
So why is this? Why do fairly frequent bushfires actually support the growth of eucalyptus? Well, one reason is that the fire stops the growth of other species which would consume water needed by eucalyptus trees.
And there’s another reason. If these other quick-growing species of bushes and plants are allowed to proliferate, they harm the eucalyptus in another way, by affecting the composition of the soil, and removing nutrients from it.
So some bushfires are actually essential for the eucalyptus to survive as long as they are not too frequent. In fact there’s evidence that Australia’s indigenous people practised regular burning of bush land for thousands of years before the arrival of the Europeans.
But since Europeans arrived on the continent, the number of bushfires has been strictly controlled. Now scientists believe that this reduced frequency of bushfires to low levels had led to what’s known as ‘dry rainforest’, which seems an odd name as usually we associate tropical rainforest with wet conditions.
And what’s special about this type of rainforest? Well, unlike tropical rainforest which is a rich ecosystem, this type of ecosystem is usually a simple one. It has very thick, dense vegetation, but not much variety of species.
The vegetation provides lots of shade, so one species that does find it ideal is the bell-miner bird, which builds its nests in the undergrowth there. But again that’s not helpful for the eucalyptus tree.

﻿ Khi bạn nghe "Right, well the eucalyptus tree is an important tree for lots of reasons"

﻿ Sau đó nghe "For example, it gives shelter to creatures like birds and bats, and these and other species also depend on it for food, particularly the nectar from its flowers."