How The Industrial Revolution Affected Life In Britain IELTS Listening Answers With Audio, Transcript, And Explanation 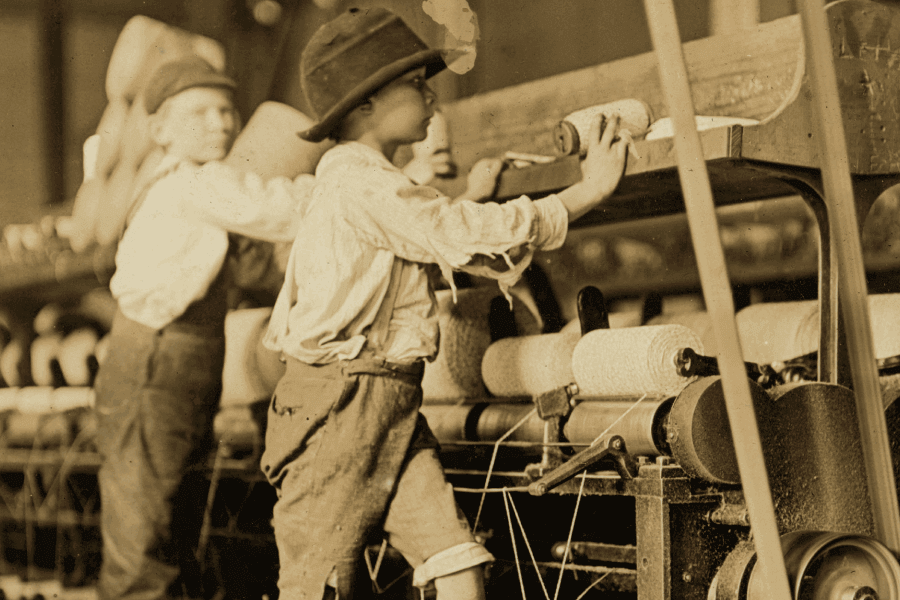 Question 1 - 10
Complete the notes below.
Write ONE WORD ONLY for each answer.
How the Industrial Revolution affected life in Britain
19th century
MAIN AREAS OF CHANGE
Manufacturing
Transport
Retailing

The displays of goods were more visible:

10
﻿ that was persuasive became much more common.

Hi everyone, in this session I’ll be presenting my research about the social history of Britain during the Industrial Revolution. I particularly looked at how ordinary lives were affected by changes that happened at that time.
This was a time that saw the beginning of a new phenomenon; consumerism – where buying and selling goods became a major part of ordinary people’s lives.
In fact, it was in the 19th century that the quantity and quality of people’s possessions was used as an indication of the wealth of the country.
Before this, the vast majority of people had very few possessions, but all that was changed by the Industrial Revolution
This was the era from the mid-18th to the late 19th century, when improvements in how goods were made as well as in technology triggered massive social changes that transformed life for just about everybody in several key areas.
First let’s look at manufacturing. When it comes to manufacturing, we tend to think of the Industrial Revolution in images of steam engines and coal.
And it’s true that the Industrial Revolution couldn’t have taken place at all if it weren’t for these new sources of power . They marked an important shift away from the traditional watermills and windmills that had dominated before this.
The most advanced industry for much of the 19th century was textiles . This meant that fashionable fabrics, and lace and ribbons were made available to everyone.
Before the Industrial Revolution, most people made goods to sell in small workshops, often in their own homes. But enormous new machines were now being created that could produce the goods faster and on a larger scale, and these required a lot more space.
So large factories were built, replacing the workshops, and forcing workers to travel to work. In fact, large numbers of people migrated from villages into towns as a result.
As well as manufacturing, there were new technologies in transport, contributing to the growth of consumerism. The horse-drawn stagecoaches and carts of the 18th century, which carried very few people and good, and travelled slowly along poorly surfaced roads, were gradually replaced by the numerous canals that were constructed.
These were particularly important for the transportation of goods. The canals gradually fell out of use, though, as railways were developed, becoming the main way of moving goods and people from one end of the country to the other.
And the goods they moved weren’t just coal, iron, clothes, and so on – significantly, they included newspapers, which meant that thousands of people were not only more knowledgeable about what was going on in the country, but could also read about what was available in the shops.
And that encouraged them to buy more. so faster forms of transport resulted in distribution becoming far more efficient – goods could now be sold all over the country, instead of just in the local market.
The third main area that saw changes that contributed to consumerism was retailing. The number and quality of shops grew rapidly, and in particular, small shops suffered as customers flocked to the growing number of department stores – a form of retailing that was new in the 19th century.
The entrepreneurs who opened these found new ways to stock them with goods, and to attract customers: for instance, improved lighting inside greatly increased the visibility of the goods for sale.
Another development that made goods more visible from outside resulted from the use of plate glass, which made it possible for windows to be much larger than previously. New ways of promoting goods were introduced, too.
Previously, the focus had been on informing potential customers about the availability of goods; now there was an explosion in advertising trying to persuade people to go shopping.
Flanders claims that one of the great effects of the Industrial Revolution was that it created choice. All sorts of things that had previously been luxuries – from sugar to cutlery – became conveniences, and before long they’d turned into necessities: life without sugar or cutlery was unimaginable. Rather like mobile phones these days!