Football In The UK IELTS Listening Answers With Audio, Transcript, And Explanation 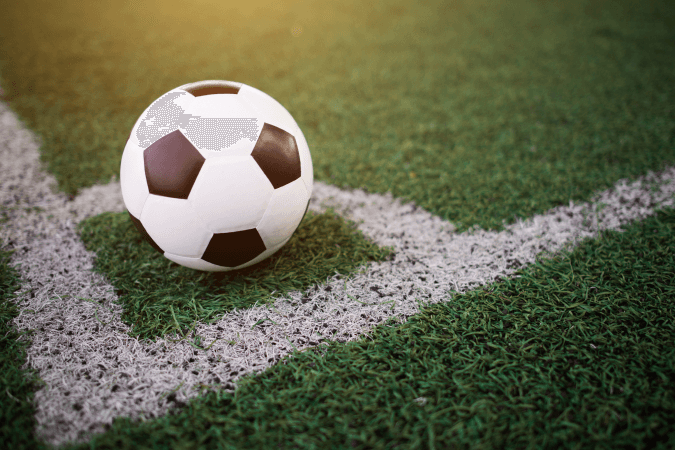 00:00
Great Britain is often hailed as the home of football, with talented players travelling from far and wide to play for teams in the English Premier League -one of the most popular football leagues on the planet.
Today we are going to take a look back to the 19th century Great Britain in an attempt to trace the evolution of ‘the beautiful game’ as it is now known.
Prior to the 19th century, the game featured a wide variety of local and regional adaptations, which were later smartened up and made more uniform to create our modern-day sports of association football, rugby football, and Ireland’s Gaelic football.
Even up to the mid-19th century, Shrovetide football or ‘mob football’ was still widely practiced.
According to the rules of mob football, there were no rules.. .a player could legally use any means whatsoever to obtain the ball, such as kicking, punching, biting and gouging, with the only exceptions being murder and manslaughter.
These games may be regarded as the ancestors of modem codes of football, and by comparison with later models of football, they were chaotic and had few cooperation.
Towards the latter end of the 19th century and moving into the early part of the 20th century, however, there appeared a new found emphasis on moral values in football.
Perhaps a more modern example of this can be seen in John Terry’s suspension as England captain following reports of his inﬁdelity to his wife.
Furthermore, as mob football died away, there grew a greater concern for players’ health and general well-being, with many clubs aﬀording their top players access to frequent medical check-ups and treatment.
Despite the presence of Great Britain’s unique state-funded National Health Service, football clubs are still seen today providing team members with State-of-the-art healthcare facilities, with the top clubs even housing their own specialist doctors and physicians.
Today, football is a key feature of school children’s day-to-day education, particularly for boys.
With the help of football associations, all schools in the UK are boasting their own football teams.
This mainly comes as a result of pressure put on schools and the government by concerned parents, who felt that football education taught their children valuable lessons and indeed vital life skills, such as teamwork and the drive to succeed.
Nowadays, many of the UK’s top football clubs provide training facilities and outreach programmes in an attempt to educate the nation’s aspiring youths.
As I previously mentioned, it was only during the 19th century that football in its uniform concept truly began to emerge, with footballers previously playing according to their own versions of the rules.
However, it was not until the early 20th century that diﬀerent players actually began to play according to these standardised rules.
Prior to the 19th century, football was played by all the major English public schools including the likes of Eton College, Winchester College, and Harrow.
In 1848 there was a meeting at Cambridge University in an attempt to lay down the laws of football.
Present at the meeting were representatives of each of these major public schools, whom each brought a copy of the rules enforced by their own individual school’s rules of football.
The result of the meeting was what is now known as the ‘Cambridge Rules’, thereby uniting the rules from across the country into one simple document.
However, the Cambridge Rules were not liked by all, and a new set of rules, ‘Thring’s Rules’ compounded in the book ‘The Simplest Game’ became common place among dissenters.
Across the country, improvements in infrastructure and public transport had a knock on eﬀect of dramatically increasing attendance to football games.
Football quickly became a social event where spectators would meet friends, drink tea and chat about the good old days.
As football became more and more popular, it was decided that more money should be invested in maintaining the quality of pitches amongst other things, and there was even talk of installing seating for spectators.
However, the question of who was to foot the bill quickly became a divisive issue, with many believing that the government should fund football’s development as a national sport.
But in the end, the onus fell upon Britain’s local and regional football clubs for the funding and development of the football association.
They became responsible for the upkeep of football grounds, began to pay their best players a small salary,and organised competitions against other local and regional teams.
And there began England’s Football Association, or the FA, as we know it in its current form, the governing body of football in England.
As the FA continued to grow and accumulate greater wealth, it was able to attract more and more talented young men from across the country, before ﬁnally accepting professional talent in the early 20th century.
Today, football is played at a professional level all over the world.
Millions of people regularly go to football stadiums to follow their favourite teams, while billions more watch the game on television or on the Internet,

Sau khi nghe "Towards the latter end of the 19th century"

Nghe tiếp " there appeared a new found emphasis on moral values in football."

Tiếp tục nghe "as a result of pressure put on schools and the government by concerned parents,"

Tiếp theo nghe "with footballers previously playing according to their own versions of the rules."

Sau khi nghe "what is now known as the ‘Cambridge Rules' "

Nghe thấy "...improvements in infrastructure and public transport had a knock on effect of dramatically increasing attendance to football games"

Sau đó nghe được They became responsible for the upkeep of football grounds, began to pay their best players a small salary, and organised competitions against other local and regional teams. "

A Conversation For An English Literature IELTS Listening Answers With Audio, Transcript, And Explanation