Why Are Finland’s Schools Successful? IELTS Reading Answers with Explanation 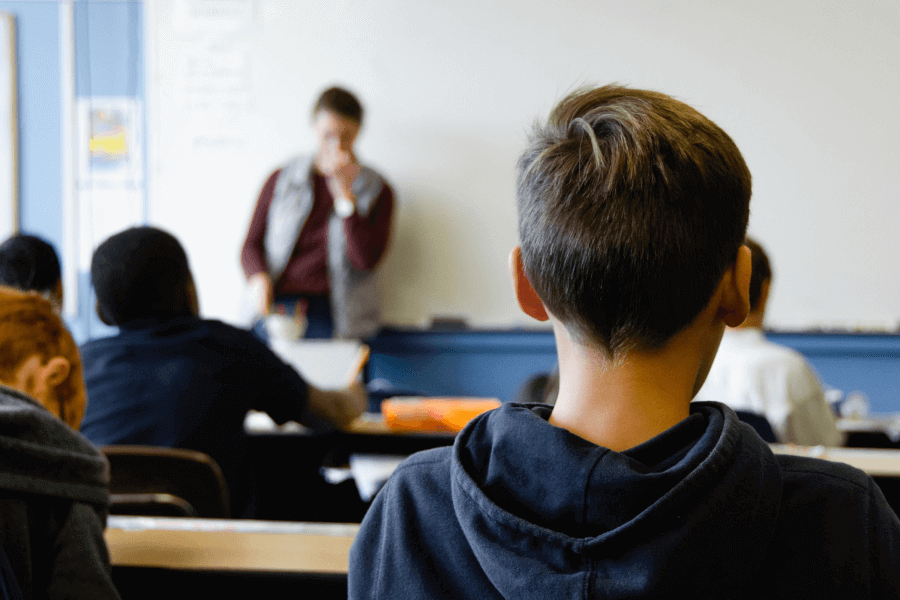 Why Are Finland’s Schools Successful?
The country’s achievements in education have other nations doing their homework
A
A. At Kirkkojarvi Comprehensive School in Espoo, a suburb west of Helsinki, Kari Louhivuori, the school’s principal, decided to try something extreme by Finnish standards. One of his sixth-grade students, a recent immigrant, was falling behind, resisting his teacher’s best efforts. So he decided to hold the boy back a year. Standards in the country have vastly improved in reading, math and science literacy over the past decade, in large part because its teachers are trusted to do whatever it takes to turn young lives around. ‘I took Besart on that year as my private student,' explains Louhivuori. When he was not studying science, geography and math, Besart was seated next to Louhivuori's desk, taking books from a tall stack, slowly reading one, then another, then devouring them by the dozens. By the end of the year, he had conquered his adopted country’s vowel-rich language and arrived at the realization that he could, in fact, learn.
B
B. This tale of a single rescued child hints at some of the reasons for Finland’s amazing record of education success. The transformation of its education system began some 40 years ago but teachers had little idea it had been so successful until 2000. In this year, the first results from the Programme for International Student Assessment (PISA), a standardized test given to 15yearolds in more than 40 global venues, revealed Finnish youth to be the best at reading in the world. Three years later, they led in math. By 2006, Finland was first out of the 57 nations that participate in science. In the latest PISA scores, the nation came second in science, third in reading and sixth in math among nearly half a million students worldwide.
C
C. In the United States, government officials have attempted to improve standards by introducing marketplace competition into public schools. In recent years, a group of Wall Street financiers and philanthropists such as Bill Gates have put money behind private sector ideas, such as charter schools, which have doubled in number in the past decade. President Obama, too, apparently thought competition was the answer. One policy invited states to compete for federal dollars using tests and other methods to measure teachers, a philosophy that would not be welcome in Finland. ‘I think, in fact, teachers would tear off their shirts,’ said Timo Heikkinen, a Helsinki principal with 24 years of teaching experience. ‘If you only measure the statistics, you miss the human aspect.’
D
D. There are no compulsory standardized tests in Finland, apart from one exam at the end of students’ senior year in high school. There is no competition between students, schools or regions. Finland’s schools are publicly funded. The people in the government agencies running them, from national officials to local authorities, are educators rather than business people or politicians. Every school has the same national goals and draws from the same pool of university trained educators. The result is that a Finnish child has a good chance of getting the same quality education no matter whether he or she lives in a rural village or a university town.
E
E. It’s almost unheard of for a child to show up hungry to school. Finland provides three years of maternity leave and subsidized day care to parents, and preschool for all five-year-olds, where the emphasis is on socializing. In addition, the state subsidizes parents, paying them around 150 euros per month for every child until he or she turns 17. Schools provide food, counseling and taxi service if needed. Health care Is even free for students taking degree courses.
F
F. Finland’s schools were not always a wonder. For the first half of the twentieth century, only the privileged got a quality education. But In 1963, the Finnish Parliament made the bold decision to choose public education as the best means of driving the economy forward and out of recession. Public schools were organized into one system of comprehensive schools for ages 7 through 16. Teachers from all over the nation contributed to a national curriculum that provided guidelines, not prescriptions, for them to refer to. Besides Finnish and Swedish (the country’s second official language), children started learning a third language (English Is a favorite) usually beginning at age nine. The equal distribution of equipment was next, meaning that all teachers had their fair share of teaching resources to aid learning. As the comprehensive schools Improved, so did the upper secondary schools (grades 10 through 12). The second critical decision came In 1979, when it was required that every teacher gain a fifth-year Master’s degree In theory and practice, paid for by the state. From then on, teachers were effectively granted equal status with doctors and lawyers. Applicants began flooding teaching programs, not because the salaries were so high but because autonomous decision-making and respect made the job desirable. And as Louhivuori explains, ‘We have our own motivation to succeed because we love the work.’

Question 1 - 6
The Reading Passage has six paragraphs, A-F.
Choose the correct heading for each paragraph from the list of headings below.
Write the correct number, i-ix.
List of Headings
I
A business-model approach to education
II
The reforms that improved education in Finland
III
Educational challenges of the future
IV
Ways in which equality is maintained in the Finnish education system
V
The benefits of the introduction of testing
VI
An approach that helped a young learner
VII
Statistical proof of education success
VIII
Support for families working and living in Finland
IX
The impact of the education system on Finland’s economy
1
Paragraph A
2
Paragraph B
3
Paragraph C
4
Paragraph D
5
Paragraph E
6
Paragraph F
Question 7 - 13
Complete the notes below.
Choose NO MORE THAN TWO WORDS AND/OR A NUMBER from the passage for each answer.
The school system in Finland
PISA tests
• In the most recent tests, Finland’s top subject was
7
.
History
1963:
• A new school system was needed to improve Finland’s
8
.
• Schools followed
9
that were created partly by teachers.
• Young pupils had to study an additional
10
.
• All teachers were given the same
11
to use.
1979:
• Teachers had to get a
12
but they did not have to pay for this.
• Applicants were attracted to the
13
that teaching received.

i A business-model approach to education

ii The reforms that improved education in Finland

iii Educational challenges of the future

ii The reforms that improved education in Finland

(2) - (6) Give evidence/data for this success: best at reading, led at math, first in science,... => Main idea: Evidence which proves Finland's education success

So với list of heading: Chọn heading i A business-model approach to education

So với list of heading: Chọn heading iv Ways in which equality is maintained in the Finnish education system

So với list of heading: => Chọn heading viii. Support for families working and living in Finland

(9) Second reform in education: require teachers to have Master’s degree

=> The Finnish Parliament use public education to drive the economy forward Câu hỏi: A new school system was needed to improve Finland’s ______

﻿ Teachers﻿ contributed to a national curriculum﻿ that provided guidelines for them to refer to﻿ .

=> Teachers refer to the guidelines contributed by teachers

Bài đọc: The equal distribution of equipment﻿ was next﻿ , meaning that﻿ all teachers﻿ had their fair share of teaching resources to aid learning﻿ .

Bài đọc: The second critical decision﻿ came in 1979﻿ , when﻿ it﻿ was required that﻿ every teacher﻿ gain a fifth-year Master’s degree﻿ paid for by the state﻿ .

=> Every teacher gained a Master's degree. The master’s degree was paid for by the state.  Câu hỏi: Teachers had to get a _______ but they did not have to pay for this.