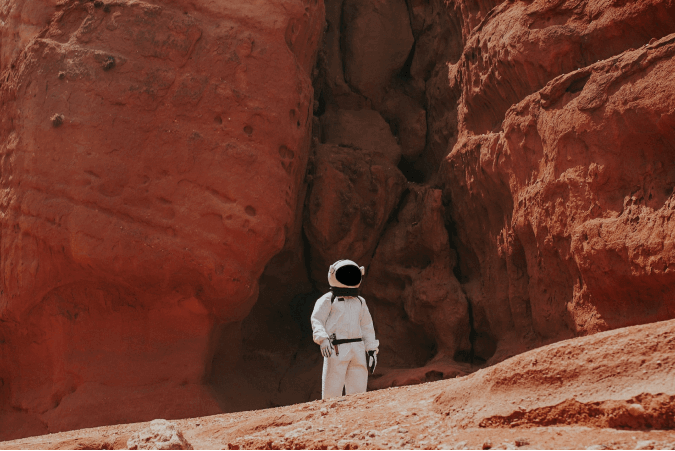 Question 1 - 5
Reading Passage has five paragraphs, A-E.
Choose the correct heading for paragraphs B-E from the list of headings below.
Write the correct number, i-vii
List of Headings
I
Seeking the transmission of radio signals from planets
II
Appropriate responses to signals from other civilisations
III
Vast distances to Earth’s closest neighbours
IV
Assumptions underlying the search for extra-terrestrial
V
Reasons for the search for extra- terrestrial intelligence
VI
Knowledge of extra-terrestrial life forms
VII
Likelihood of life on other planets
1
Paragraph A
2
Paragraph B
3
Paragraph C
4
Paragraph D
5
Paragraph E
Question 6 - 8
Answer the questions below.
Choose NO MORE THAN THREE WORDS AND/OR A NUMBER from the passage for each answer.
6
What is the life expectancy of Earth?
7
What kind of signals from other intelligent civilisations are SETI scientists searching for?
8
How many stars are the world’s most powerful radio telescopes searching?
Question 9 - 14
Do the following statements agree with the information given in the Reading Passage?
In following statements below, choose
YES if the statement agrees with the information
NO if the statement contradicts the information
NOT GIVEN if it is impossible to say what the writer thinks about this
9
Alien civilisations may be able to help the human race to overcome serious problems.
10
SETI scientists are trying to find a life form that resembles humans in many ways.
11
The Americans and Australians have co-operated on joint research projects.
12
So far SETI scientists have picked up radio signals from several stars.
13
The NASA project attracted criticism from some members of Congress.
14
If a signal from outer space is received, it will be important to respond promptly.

Locate:  Dựa vào “searching for" mình locate được đoạn: “It turns out that … in this frequency range.” do có chứa synonym “searches + looking for"

→ radio waves travel the greatest distance, and so all searches to date concentrated on looking for radio waves

“leads us to estimate that perhaps one in 100,000 stars might have a life-bearing planet orbiting it”

Second﻿ , we make a conservative assumption﻿ that we are looking for a life form that is well like us﻿ , since if it differs radically...  ﻿

﻿ So far there have been a number of searches by various groups around the world , including Australian searches using the radio telescope at Parkes, New South Wales .