The Flavor Of Pleasure IELTS Reading Answers with Explanation 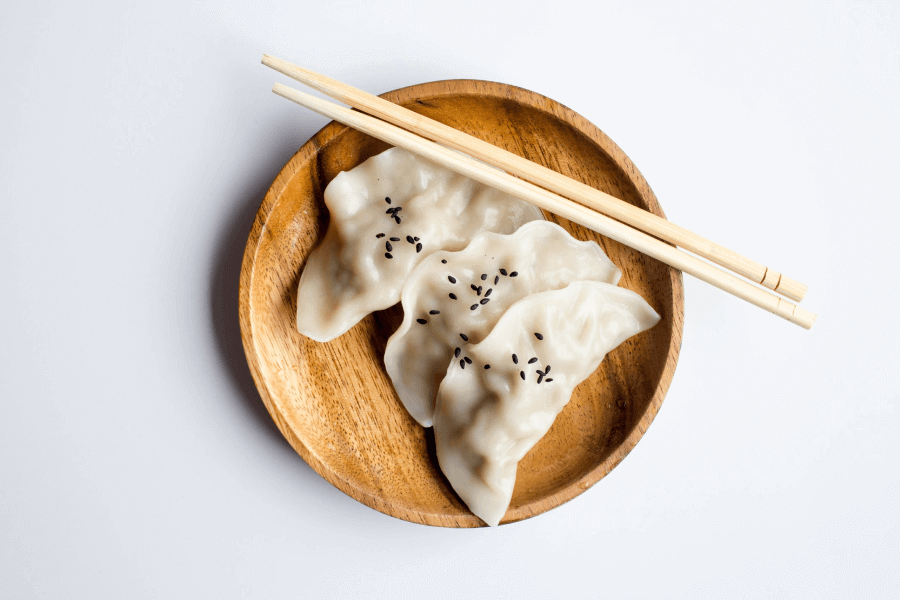 The Flavor Of Pleasure
When it comes to celebrating the flavor of food, our mouth gets all the credit. But In truth, it is the nose that knows. No matter how much we talk about tasting our favorite flavors, relishing them really depends on a combined input from our senses that we experience through mouth, tongue an taste, texture, and feel of food are what we tend to focus on, but most important are the slight puffs of air as we chew our food what scientists call 'retronasal smell'. Certainly, our mouths and tongues have taste buds, which are receptors for the five basic flavors: sweet, salty, sour, bitter, and umami, or what is more commonly referred to as s tongues are inaccurate instruments as far as flavor is concerned. They evolved to recognise only a few basic tastes in order to quickly identify toxins, which in nature are often quite bitter or acidly sour. All the complexity, nuance, and pleasure of flavor come from the sense of smell operating in the back of the nose. It is there that a kind of alchemy occurs when we breathe up an passing whiffs of our chewed food. Unlike a hound's skull with its extra long nose, which evolved specifically to detect external smells, our noses have evolved to detect internal scent specialise in savoring the many millions of flavor combinations that they can create for their mouths. Taste without retronasal smell is not much help in recognising flavor. Smell has been the most poorly understood of our senses, and only recently has neuroscience, led by Yale Un Gordon Shepherd, begun to shed light on its workings. Shepherd has come up with the term 'neurogastronomy' to link the disciplines of food science, neurology, psychology, and with the savory elements of eating, one of the most enjoyed of human experiences. In many ways, he is discovering that smell is rather like face recognition. The visual system detects patterns of light and dark and, building on experience, the brain creates a spatial map this to interpret the interrelationship of the patterns and draw conclusions that allow us to identify people and places. In the same way, we use patterns and ratios to detect familiar flavors. As we eat, specialised receptors in the back of the nose detect the air molecules in our meals. From signals sent by the receptors, the brain understands smells as spatial patterns. Using these, as well as input from the other senses, it constructs the idea of specific flavors. This ability to appreciate specific aromas turns out to be central to the pleasure we get from food, much as our ability to recognise individuals is central to the pleasures of social l process is so embedded in our brains that our sense of smell is critical to our enjoyment of life at large. Recent studies show that people who lose the ability to smell become social and their overall level of happiness plummets. Working out the role of smell in flavor interests food scientists, psychologists, and cooks alike. The relatively new discipline of molecular gastronomy, especially, relies on understandable mechanics of aroma to manipulate flavor for maximum impact. In this discipline, chefs use their knowledge of the chemical changes that take place during cooking to produce eat that go beyond the 'ordinary'. However, whereas molecular gastronomy is concerned primarily with the food or 'smell' molecules, neurogastronomy is more focused on the receptor molecules and the brain's special smell. Smell stimuli form what Shepherd terms 'odor objects', stored as memories, and these have a direct link with our emotions. The brain creates images of unfamiliar smells b to other more familiar smells. Go back in history and this was part of our survival repertoire; like most animals, we drew on our sense of smell, when visual information was scarce prey. Thus, the brain's flavor recognition system is a highly complex perceptual mechanism that puts all five senses to work in various combinations. Visual and sound cues contribute, s crunching, as does touch, including the texture and feel of food on our lips and in our mouths. Then there are the taste receptors, and finally, the smell, activated when we inhale engagement of our emotions can be readily illustrated when we picture some of the wide ranging facial expressions that are elicited by various foods many of them hardwired at birth. Consider the response to the sharpness of a lemon and compare that with the face that is welcoming the smooth wonder of chocolate. The flavor sensing system, ever receptive to new combinations, helps to keep our brains active and flexible. It also has the power to shape our desires and ultimately our bodies. On the horizon we have the positive application of neurogastronomy: manipulating flavor to curb our appetites.

Question 1 - 5
Complete the sentences below.
Write NO MORE THAN TWO WORDS from the passage.
1
According to scientists, the term
………………………….
characterises the most critical factor in appreciating flavour.
2
‘Savoury’ is a better-known word for
………………………
.
3
The tongue was originally developed to recognise the unpleasant taste of
…………………….
.
4
Human nasal cavities recognize
……………………………
much better than external ones.
5
Gordon Shepherd uses the word ‘neurogastronomy’ to draw together a number of
﻿
related to the enjoyment of eating.
Question 6 - 9
Complete the table below.
Write NO MORE THAN TWO WORDS from the passage.
Question 10 - 13
Answer the questions below.
Choose NO MORE THAN ONE WORD from the text for each answer.
10
In what form does the brain store ‘odor objects’?
11
When seeing was difficult, what did we use our sense of smell to find?
12
Which food item illustrates how flavour and positive emotion are linked?
13
What could be controlled in the future through flavour manipulation?

﻿ 2 The taste, texture, and feel of food﻿ are what we tend to focus on﻿ , but﻿ most important﻿ are the slight puffs of air as we chew our food - what scientists call 'retronasal smell'﻿ . => We appreciate flavour  because of many senses, but the most important are “retronasal smell"

=> “Retronasal smell" is the most important sense in appreciating flavour.