The Art Of Healing IELTS Reading Answers with Explanation 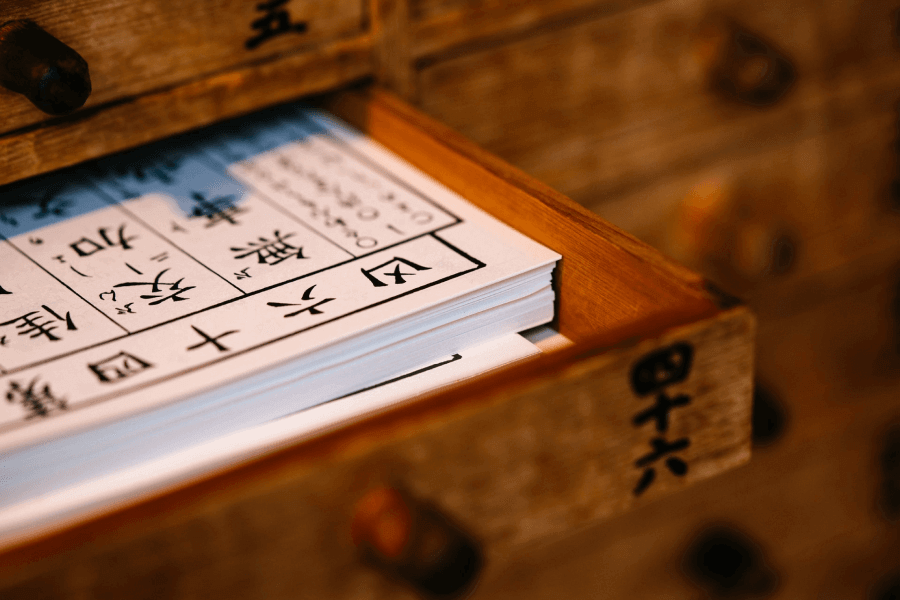 THE ART OF HEALING
As with so much, the medicine of the Tang dynasty left its European counterpart in the shade. It boasted its own ‘national health service’, and left behind the teachings of the incomparable Sun Simiao
If no further evidence was available of the sophistication of China in the Tang era, then a look at Chinese medicine would be sufficient. At the Western end of the Eurasian continent the Roman empire had vanished, and there was nowhere new to claim the status of the cultural and political centre of the world. In fact, for a few centuries, this centre happened to be the capital of the Tang empire, and Chinese medicine under the Tang was far ahead of its European counterpart. The organizational context of health and healing was structured to a degree that had no precedence in Chinese history and found no parallel elsewhere. An Imperial Medical Office had been inherited from previous dynasties: it was immediately restructured and staffed with directors and deputy directors, chief and assistant medical directors, pharmacists and curators of medicinal herb gardens and further personnel. Within the first two decades after consolidating its rule, the Tang administration set up one central and several provincial medical colleges with professors, lecturers, clinical practitioners and pharmacists to train students in one or all of the four departments of medicine, acupuncture, physical therapy and exorcism. Physicians were given positions in governmental medical service only after passing qualifying examinations. They were remunerated in accordance with the number of cures they had effected during the past year. In 723 Emperor Xuanzong personally composed a general formulary of prescriptions recommended to him by one of his imperial pharmacists and sent it to all the provincial medical schools. An Arabic traveler, who visited China in 851, noted with surprise that prescriptions from the emperor’s formulary were publicized on notice boards at crossroads to enhance the welfare of the population. The government took care to protect the general populace from potentially harmful medical practice. The Tang legal code was the first in China to include laws concerned with harmful and heterodox medical practices. For example, to treat patients for money without adhering to standard procedures was defined as fraud combined with theft and had to be tried in accordance with the legal statutes on theft. If such therapies resulted in the death of a patient, the healer was to be banished for two and a half years. In case a physician purposely failed to practice according to the standards, he was to be tried in accordance with the statutes on premeditated homicide. Even if no harm resulted, he was to be sentenced to sixty strokes with a heavy cane. In fact, physicians practicing during the Tang era had access to a wealth of pharmaceutical and medical texts, their contents ranging from purely pragmatic advice to highly sophisticated theoretical considerations. Concise descriptions of the position, morphology, and functions of the organs of the human body stood side by side in libraries with books enabling readers to calculate the daily, seasonal and annual climatic conditions of cycles of sixty years and to understand and predict their effects on health. Several Tang authors wrote large collections of prescriptions, continuing a literary tradition documented since the 2nd century BC. The two most outstanding works to be named here were those by Sun Simiao (581-682?) and Wang Tao (c.670-755). The latter was a librarian who copied more than six thousand formulas, categorized in 1,104 sections, from sixty-five older works and published them under the title Waitai miyao. Twenty-four sections, for example, were devoted to ophthalmology. They reflect the Indian origin of much Chinese knowledge on ailments of the eye and, in particular, of cataract surgery. Sun Simiao was the most eminent physician and author not only of the Tang dynasty, but of the entire first millennium AD. He was a broadly educated intellectual and physician; his world view integrated notions of all three of the major currents competing at his time - Confucianism, Daoism and Buddhism. Sun Simiao gained fame during his lifetime as a clinician (he was summoned to the imperial court at least once) and as author of the Prescriptions Worth Thousands in Gold (Qianjinfang) and its sequel. In contrast to developments in the 12th century, physicians relied on prescriptions and single substances to treat their patients’ illnesses. The theories of systematic correspondences, characteristic of the acupuncture tradition, had not been extended to cover pharmacology yet. Sun Simiao rose to the pantheon of Chinese popular Buddhism in about the 13th century. He was revered as paramount Medicine God. He gained this extraordinary position in Chinese collective memory not only because he was an outstanding clinician and writer, but also for his ethical concerns. Sun Simiao was the first Chinese author known to compose an elaborate medical ethical code. Even though based on Buddhist and Confucian values, his deontology is comparable to the Hippocratic Oath. It initiated a debate on the task of medicine, its professional obligations, social position and moral justification that continued until the arrival of Western medicine in the 19th century. Despite or - more likely - because of its long- lasting affluence and political stability, the Tang dynasty did not add any significantly new ideas to the interpretation of illness, health and healing. Medical thought reflects human anxieties; changes in medical thought always occur in the context of new existential fears or of fundamentally changed social circumstances. Nevertheless, medicine was a most fascinating ingredient of Tang civilization and it left a rich legacy to subsequent centuries.

Question 1 - 3
Choose appropriate options A, B, C or D.
1
In the first paragraph, the writer draws particular attention to
A
the lack of medical knowledge in China prior to the Tang era
B
the Western interest in Chinese medicine during the Tang era
C
the systematic approach taken to medical issues during the Tang era
D
the rivalry between Chinese and Western cultures during the Tang era
2
During the Tang era, a government doctor’s annual salary depended upon
A
the effectiveness of his treatment.
B
the extent of his medical experience.
C
the number of people he had successfully trained.
D
the breadth of his medical expertise.
3
Which of the following contravened the law during the Tang era?
A
a qualified doctor’s refusal to practice
B
the use of unorthodox medical practices
C
patient dying under medical treatment
D
the receipt of money for medical treatment
Question 4 - 10
Do the following statements agree with the information given in Reading Passage?
In boxes on your answer sheet write
﻿
YES if the statement agrees with the information
NO if the statement contradicts the information
NOT GIVEN if there is no information on this in the passage
4
Academic staff sometimes taught a range of medical subjects during the Tang era.
5
The medical knowledge available during the Tang era only benefited the wealthy.
6
Tang citizens were encouraged to lead a healthy lifestyle.
7
Doctors who behaved in a fraudulent manner were treated in the same way as ordinary criminals during the Tang era.
8
Medical reference books published during the Tang era covered practical and academic issues.
9
Waitai miyao contained medical data from the Tang era.
10
Chinese medical authors are known to have influenced Indian writing.
Question 11 - 13
Complete the sentences below with words taken from Reading Passage.
Use NO MORE THAN THREE WORDS for each answer.
11
The first known medical writing in China dates back to the
38
.
12
During the Tang era, doctors depended most on
39
and single substances to treat their patients.
13
﻿
﻿
is famous for producing a set of medical rules for Chinese physicians.

﻿ The organizational context﻿ of﻿ health and healing﻿ was structured to a degree that had no precedence in Chinese history﻿ and﻿ found no parallel elsewhere.﻿

﻿ 1 Physicians﻿ were given positions﻿ in governmental medical service﻿ only after passing qualifying examinations.﻿

Hiểu câu hỏi: Doctors who behaved in a fraudulent manner were treated in the same way as ordinary criminals

to treat patients for money - without adhering to standard procedures﻿ was defined as﻿ fraud combined with theft﻿ and﻿ had to be tried﻿ in accordance with ﻿ the legal statutes on theft.

﻿ physicians﻿ had access to﻿ a wealth of pharmaceutical and medical texts﻿﻿ , their contents﻿ ranging from﻿ purely pragmatic advice﻿ to﻿ highly sophisticated theoretical considerations.﻿

﻿ a librarian who copied more than six thousand formulas﻿ , categorized in 1,104 sections﻿ , from sixty-five older works﻿ and ﻿ published them under the title Waitai miyao.

﻿ They﻿ reflect﻿ the Indian origin of much Chinese knowledge﻿ on﻿ ailments of the eye and, in particular, of cataract surgery.﻿

Hiểu câu hỏi: The first known medical writing in China dates back to the ____

Hiểu câu hỏi: _____ is famous for producing a set of medical rules for Chinese physicians.