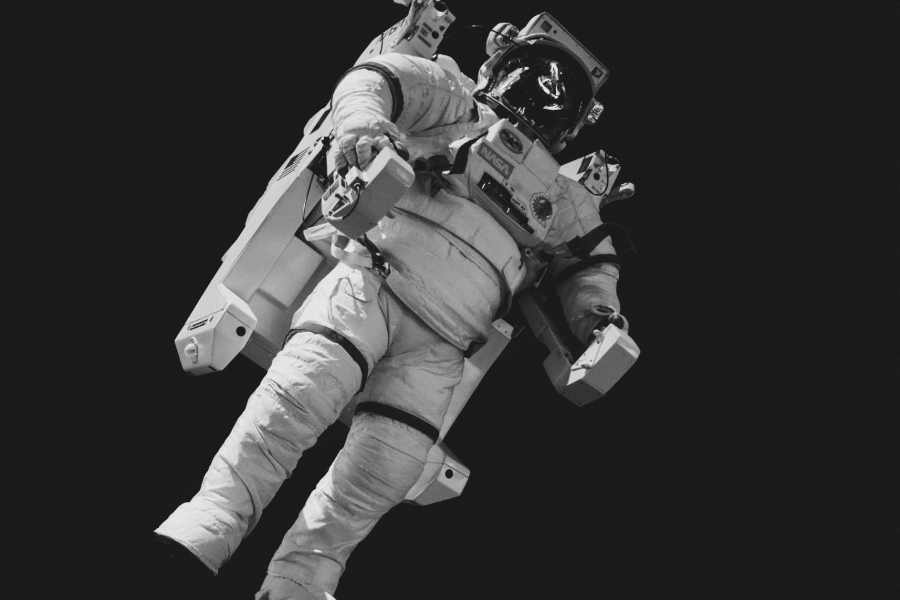 Science In Space
How will NASA transform the International Space Station from a building site into a cuttingedge research laboratory?
A premier, world class laboratory in low Earth orbit. That was how the National Aeronautics and Space Administration agency (NASA) sold the International Space Station (ISS) to the US Congress in 2001.Today no one can doubt the agency’s technological ambition. The most complex engineering project ever attempted has created an enormous set of interlinked modules that orbits the planet at more than 27,000 kilometres per hour. It might be travelling fast but, say critics, as a lab it is going nowhere. So far, it has gone through $150 billion. So where should its future priorities lie? This question was addressed at the recent 1st annual ISS research and development conference in Colorado. Among the presenters was Satoshi Iwase of Aichi Medical University in Japan who has spent several years developing an experiment that could help solve one of the key problems that humans will face in space: keeping our bodies healthy in weightlessness. One thing that physiologists have learned is that without gravity our bodies begin to lose strength, leaving astronauts with weakened bones, muscles and cardiovascular systems. To counter these effects on a long duration mission to, say, Mars, astronauts will almost certainly need to create their own artificial gravity. This is where Iwase comes in. He leads a team designing a centrifuge for humans. In their preliminary design, an astronaut is strapped into the seat of a machine that resembles an exercise bike. Pedalling provides a workout for the astronaut’s muscles and cardiovascular system, but it also causes the seat to rotate vertically around a central axis so the rider experiences artificial gravity while exercising. The centrifuge project highlights the station’s potential as a research lab. Similar machines have flown in space aboard NASA’s shuttles, but they couldn’t be tested for long enough to prove whether they were effective. It’s been calculated that to properly assess a centrifuge’s impact on human physiology, astronauts would have to ride it for 30 minutes a day for at least two months. The only way to test this is in weightlessness, and the only time we have to do that is on the space station,’ says Laurence Young, a space medicine expert at the Massachusetts Institute of Technology. There are certainly plenty of ideas for other experiments: but many projects have yet to fly. Even if the centrifuge project gets the green light, it will have to wait another five years before the station’s crew can take a spin. Lengthy delays like this are one of the key challenges for NASA, according to an April 201 I report from the US National Academy of Sciences. Its authors said they were ‘deeply concerned’ about the state of NASA’s science research, and made a number of recommendations. Besides suggesting that the agency reduces the time between approving experiments and sending them into space, it also recommended setting clearer research priorities. NASA has already begun to take action, hiring management consultants ProOrbis to develop a plan to cut through the bureaucracy. And Congress also directed NASA to hire an independent organisation, the Centre for the Advancement of Science in Space (CASIS), to help manage the station’s US lab facilities. One of CASIS’s roles is to convince public and private investors that science on the station is worth the spend because judged solely by the number of papers published, the ISS certainly seems poor value: research on the station has generated about 3,100 papers since 1998.The Hubble Space Telescope, meanwhile, has produced more than I 1,300 papers in just over 20 years, yet it cost less than one tenth of the price of the space station. Yet Mark Uhran, assistant associate administrator for the ISS, refutes the criticism that the station hasn’t done any useful research. He points to progress made on a salmonella vaccine, for example. To get the ISS research back on track, CASIS has examined more than 100 previous microgravity experiments to identify promising research themes. From this, it has opted to focus on life science and medical research, and recently called for proposals for experiments on muscle wasting, osteoporosis and the immune system. The organisation also maintains that the ISS should be used to develop products with commercial application and to test those that are either close to or already on the market. Investment from outside organisations is vital, says Uhran, and a balance between academic and commercial research will help attract this. The station needs to attract cutting edge research, yet many scientists seem to have little idea what goes on aboard it. Jeanne DiFrancesco at ProOrbis conducted more than 200 interviews with people from organisations with potential interests in low gravity studies. Some were aware of the ISS but they didn’t know what’s going on up there, she says. ‘Others know there’s science, but they don’t know what kind.’ According to Alan Stern, planetary scientist, the biggest public relations boost for the ISS may come from the privately funded space flight industry. Companies like SpaceX could help NASA and its partners when it comes to resupplying the ISS, as it suggests it can reduce launch costs by two-thirds. Virgin Atlantic’s Spaceship Two or Zero2lnfinity's high altitude balloon could also boost the space station’s fortunes. They might not come close to the ISS’s orbit, yet Stern believes they will revolutionise the way we, the public, see space. Soon everyone will be dreaming of interplanetary travel again, he predicts. More importantly, scientists are already queuing for seats on these low gravity spaceflight services so they can collect data during a few minutes of weightlessness. This demand for low-cost space flight could eventually lead to a service running on a more frequent basis, giving researchers the chance to test their ideas before submitting a proposal for experiments on the ISS. Getting flight experience should help them win a slot on the station, says Stern.

Question 1 - 4
Choose appropriate options A, B, C or D.
1
What does the writer state about the ISS in the first paragraph?
A
Its manufacture has remained within the proposed budget.
B
It is a great example of technological achievement.
C
There are doubts about the speed it has attained.
D
NASA should have described its purpose more accurately.
2
What are we told about Satoshi Iwase’s experimental machine?
A
It is based on conventional exercise equipment.
B
It was originally commissioned by NASA.
C
It is designed only to work in low-gravity environments.
D
It has benefits that Iwase did not anticipate.
3
The writer refers to the Hubble Space Telescope in order to
A
show why investment in space technology has decreased.
B
highlight the need to promote the ISS in a positive way.
C
explain which kind of projects are more likely to receive funding.
D
justify the time required for a space project to produce results.
4
In the sixth paragraph, we are told that CASIS has
A
rejected certain applications for experiments on the ISS.
B
expressed concern about testing products used for profit.
C
questioned the benefits of some of the projects currently on the ISS.
D
invited researchers to suggest certain health-based projects.
Question 5 - 9
Look at the following opinions and the list of people below.
Match each opinion with the correct person, A, B, C or D.
Write the correct letter, A, B, C or D.
NB You may use any letter more than once.
List of Findings
A
Laurence Young
B
Authors of the US National Academy of Sciences report
C
Mark Uhran
D
Jeanne DiFrancesco
5
The ISS should be available for business-related ventures.
6
There is general ignorance about what kinds of projects are possible on the ISS.
7
The process of getting accepted projects onto the ISS should be speeded up.
8
Some achievements of the ISS are underrated.
9
To properly assess new space technology, there has to be an absence of gravity.
Question 10 - 13
Complete the summary using the lists of words, A-H, below.
Write the correct letter, A-H.
The influence of commercial space flight on the ISS
According to Alan Stern, private space companies could affect the future of the ISS. He believes they could change its image; firstly because sending food and equipment there would be more
10
﻿if a commercial craft were used, and secondly, because commercial flights might make the whole idea of space exploration seem
11
﻿to ordinary people. Another point is that as the demand for space flights increases, there is a chance of them becoming more
12
﻿. And by working on a commercial flight first, scientists would be more
13
﻿ if an ISS position came up.
A
safe
B
competitive
C
flexible
D
real
E
rapid
F
regular
G
suitable
H
economical
Question 14
Choose appropriate options A, B, C or D.
14
The writer’s purpose in writing this article is to
A
promote the advantages of space flight in general.
B
illustrate how the ISS could become more effective.
C
criticise the ISS for its narrow-minded attitude.
D
contrast useful and worthless space projects.