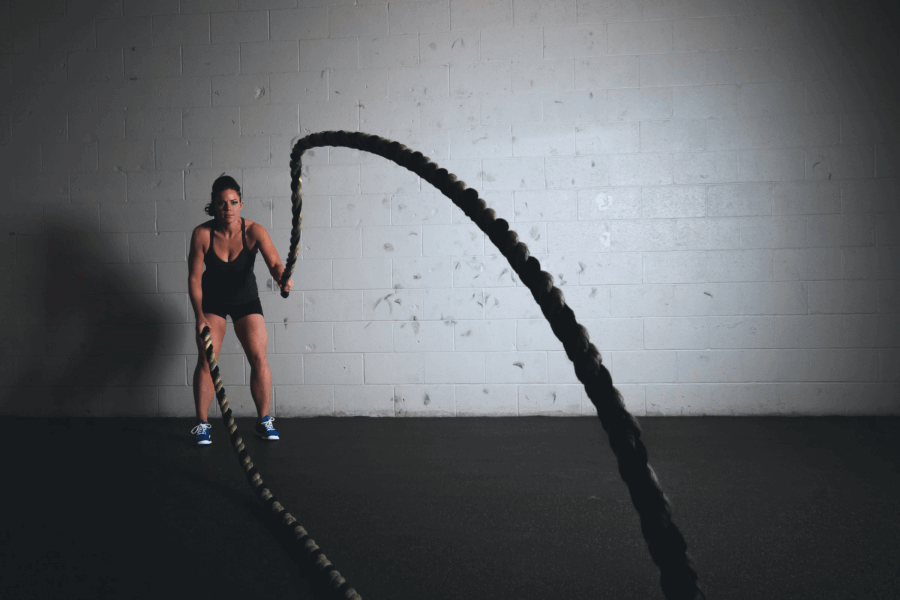 Running on empty
A revolutionary new theory in sports physiology.
A
A. For almost a century, scientists have presumed, not unreasonably, that fatigue - or exhaustion in athletes originates in the muscles. Precise explanations have varied but all have been based on the ‘limitations theory’. In other words, muscles tire because they hit a physical limit: they either run out of fuel or oxygen or they drown in toxic by-products.
B
B. In the past few years, however, Timothy Noakes and Alan St Clair Gibson from the University of Cape Town, South Africa, have examined this standard theory. The deeper they dig, the more convinced they have become that physical fatigue simply isn't the same as a car running out of petrol. Fatigue, they argue, is caused not by distress signals springing from overtaxed muscles, but is an emotional response which begins in the brain. The essence of their new theory is that the brain, using a mix of physiological, subconscious and conscious cues, paces the muscles to keep them well back from the brink of exhaustion. When the brain decides its time to quit, it creates the distressing sensations we interpret as unbearable muscle fatigue. This ‘central governor* theory remains controversial, but it does explain many puzzling aspects of athletic performance.
C
C. A recent discovery that Noakes calls the ‘lactic acid paradox' made him start researching this area seriously. Lactic acid is a by-product of exercise, and its accumulation is often cited as a cause of fatigue. But when research subjects exercise in conditions simulating high altitude, they become fatigued even though lactic acid levels remain low. Nor has the oxygen content of their blood fallen too low for them to keep going. Obviously, Noakes deduced, something else was making them tire before they hit either of these physiological limits.
D
D. Probing further, Noakes conducted an experiment with seven cyclists who had sensors taped to their legs to measure the nerve impulses travelling through their muscles. It has long been known that during exercise, the body never uses 100% of the available muscle fibres in a single contraction. The amount used varies, but in endurance tasks such as this cycling test the body calls on about 30%.
E
E. Noakes reasoned that if the limitations theory was correct and fatigue was due to muscle fibres hitting some limit, the number of fibres used for each pedal stroke should increase as the fibres tired and the cyclist’s body attempted to compensate by recruiting an ever-larger proportion of the total. But his team found exactly the opposite. As fatigue set in, the electrical activity in the cyclists' legs declined - even during sprinting, when they were striving to cycle as fast as they could.
F
F. To Noakes, this was strong evidence that the old theory was wrong. ‘The cyclists may have felt completely exhausted,’ he says, ‘but their bodies actually had considerable reserves that they could theoretically tap by using a greater proportion of the resting fibres.’ This, he believes, is proof that the brain is regulating the pace of the workout to hold the cyclists well back from the point of catastrophic exhaustion.
G
G. More evidence comes from the fact that fatigued muscles don’t actually run out of anything critical. Levels of glycogen, which is the muscles’ primary fuel, and ATP. the chemical they use for temporary energy storage, decline with exercise but never bottom out. Even at the end of a marathon, ATP levels are 80-90% of the resting norm, and glycogen levels never get to zero.
H
H. Further support for the central regulator comes from the fact that top athletes usually manage to go their fastest at the end of a race, even though, theoretically, that's when their muscles should be closest to exhaustion. But Noakes believes the end spurt makes no sense if fatigue is caused by muscles poisoning themselves with lactic acid as this would cause racers to slow down rather than enable them to sprint for the finish line. In the new theory, the explanation is obvious. Knowing the end is near, the brain slightly relaxes its vigil, allowing the athlete to tap some of the body’s carefully hoarded reserves.
I
I. But the central governor theory does not mean that what's happening in the muscles is irrelevant. The governor constantly monitors physiological signals from the muscles, along with other information, to set the level of fatigue. A large number of signals are probably involved but, unlike the limitations theory, the central governor theory suggests that these physiological factors are not the direct determinants of fatigue, but simply information to take into account.
J
J. Conscious factors can also intervene. Noakes believes that the central regulator evaluates the planned workout, and sets a pacing strategy accordingly. Experienced runners know that if they set out on a 10-kilometre run. the first kilometre feels easier than the first kilometre of a 5-kilometre run, even though there should be no difference. That, Noakes says, is because the central governor knows you have farther to go in the longer run and has programmed itself to dole out fatigue symptoms accordingly.
K
K. St Clair Gibson believes there is a good reason why our bodies are designed to keep something back. That way, there's always something left in the tank for an emergency. In ancient times, and still today, life would be too dangerous if our bodies allowed us to become so tired that we couldn't move quickly when faced with an unexpected need.

Question 1 - 6
The Reading Passage has eleven paragraphs A-K.
Choose the correct heading for Paragraphs A-F from the list of headings below.
Write the correct number (i-viii) inboxes on your answer sheet.
List of Headings
I
Avoiding tiredness in athletes
II
Puzzling evidence raises a question
III
Traditional explanations
IV
Interpreting the findings
V
Developing muscle fibres
VI
A new hypothesis
VII
Description of a new test
VIII
Surprising results in an endurance test
1
Paragraph A
2
Paragraph B
3
Paragraph C
4
Paragraph D
5
Paragraph E
6
Paragraph F
Question 7 - 13
Write the correct letter A, B or C in boxes on your answer sheet.
List of Findings
A
the Limitations Theory
B
the Central Governor Theory
C
both the Limitations Theory and the Central Governor Theory
7
Lactic acid is produced in muscles during exercise.
8
Athletes can keep going until they use up all their available resources.
9
Mental processes control the symptoms of tiredness.
10
The physiological signals from an athlete's muscles are linked to fatigue.
11
The brain plans and regulates muscle performance in advance of a run.
12
Athletes' performance during a race may be affected by lactic acid build-up.
13
Humans are genetically programmed to keep some energy reserves.

﻿ 1 Lactic acid﻿ is a by-product of exercise﻿ , and﻿ its accumulation﻿ is often cited﻿ as a cause of fatigue. ﻿

﻿ 2 But﻿ when﻿ research subjects﻿ exercise in conditions﻿ simulating high altitude﻿ , they become fatigued﻿ even though lactic acid levels remain low.﻿

﻿ muscles﻿ tire﻿ because they hit a physical limit : they either run out of fuel or oxygen﻿ or﻿ they drown in toxic by-products.﻿

This is proof that the brain﻿ is regulating﻿ the pace of the workout﻿ to hold the cyclists well back from﻿ the point of catastrophic exhaustion.﻿

﻿ 1 The governor﻿ constantly monitors physiological signals from the muscles﻿ , along with other information﻿ , to set the level of fatigue.﻿

﻿ St Clair Gibson believes there is a good reason why﻿ our bodies﻿ are designed to keep something back. ﻿