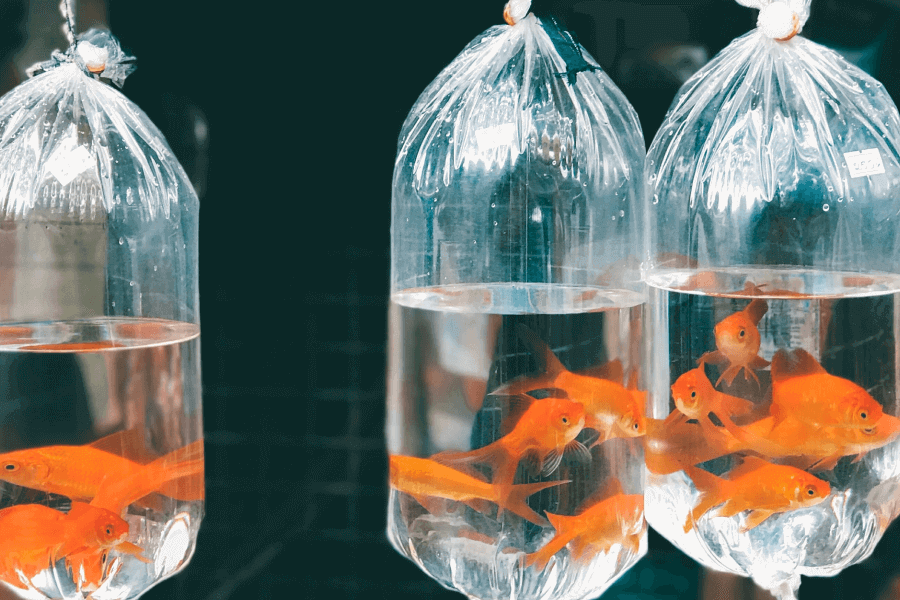 Is it time to halt the rising tide of plastic packaging?
A
A. Close up, plastic packaging can be a marvellous thing. Those who make a living from it call it a forgotten infrastructure that allows modem urban life to exist. Plastics have helped society defy natural limits such as the seasons, the rotting of food and the distance most of us live from where our food is produced. And yet we do not like it. Partly we do not like waste, but plastic waste, with its hydrocarbon roots and industrial manufacture, is especially galling. In 2008, the UK, for example, produced around two million tonnes of plastic waste, twice as much as in tire early 1990s. The very qualities of plastic – its cheapness, its indestructible aura – make it a reproachful symbol of an unsustainable way of life. The facts, however, do not justify our unease. All plastics are, at least theoretically, recyclable. Plastic packaging makes up just 6 to 7 per cent of the contents of British dustbins by weight and less than 3 per cent of landfill. Supermarkets and brands, which are under pressure to reduce the quantity of packaging of all types that they use, are finding good environmental reasons to turn to plastic: it is lighter, so requires less energy for transportation than glass, for example; it requires relatively little energy to produce; and it is often reusable. An Austrian study found that if plastic packaging were removed from tire supply chain, other packaging would have to increase fourfold to make up for it.
B
B. So are we just wrong about plastic packaging? Is it time to stop worrying and learn to love the disposable plastic wrapping around sandwiches? Certainly there are bigger targets for environmental savings such as improving household insulation and energy emissions. Naturally, tire plastics industry is keen to point them out. What’s more, concern over plastic packaging has produced a squall of conflicting initiatives from retailers, manufacturers and local authorities. It’s a squall that dies down and then blows harder from one month to the next. ‘It is being left to the individual conscience and supermarkets playing the market,’ says Tim Lang, a professor specializing in food polio’. ‘It’s a mess.’
C
C. Dick Scarle of the Packaging Federation points out that societies without sophisticated packaging lose half their food before it reaches consumers and that in the UK, waste in supply chains is about 3 per cent. In India, it is more titan 50 per cent. The difference comes later: the British throw out 30 per cent of the food they buy – an environmental cost in terms of emissions equivalent to a fifth of the cars on their roads. Packagers agree that cardboard, metals and glass all have their good points, but there’s nothing quite like plastic. With more than 20 families of polymers to choose from and then sometimes blend, packaging designers and manufacturers have a limitless variety of qualities to play with.
D
D. But if there is one law of plastic that, in environmental terms at least, prevails over all others, it is this: a little goes a long way. This means, first, that plastic is relatively cheap to use – it represents just over one-third of the UK packaging market by value but it wraps more than half die total number of items bought. Second, it means that even though plastic encases about 53 per cent of products bought, it only makes up 20 per cent by weight of the packaging consumed. And in the packaging equation, weight is the main issue because die heavier something is, the more energy you expend moving it around. In view of this, righteous indignation against plastic can look foolish.
E
E. One store commissioned a study to find precise data on which had less environmental impact: selling apples loose or ready-wrapped. Helene Roberts, head of packaging, explains that in fact they found apples in fours on a tray covered by plastic film needed 27 per cent less packaging in transportation than those sold loose. Sieve Kelsey, a packaging designer, finds die debate frustrating. He argues that the hunger to do something quickly is diverting effort away from more complicated questions about how you truly alter supply chains. Rather than further reducing the weight of a plastic bottle, more thought should be given to how packaging can be recycled. Helene Roberts explains that their greatest packaging reduction came when the company switched to re-usable plastic crates and stopped consuming 62,000 tonnes of cardboard boxes every year. Plastic packaging is important, and it might provide a way of thinking about broader questions of sustainability. To target plastic on its own is to evade the complexity’ of the issues. There seems to be a universal eagerness to condemn plastic. Is this due to an inability to make die general changes in society that are really required? ‘Plastic as a lightweight food wrapper is now built in as the logical thing,’ Lang says. ‘Does that make it an environmentally sound system of packaging? It only makes sense if you have a structure such as exists now. An environmentally driven packaging system would look completely different’ Dick Scarle put the challenge another way. “The amount of packaging used today is a reflection of modern life.”

Question 1 - 5
Reading Passage 2 has five paragraphs A-E.
Choose the correct heading for each paragraph, A-E from the list of headings below.
Write the correct number, i-viii
List of Headings
I
A lack of consistent policy
II
Learning from experience
III
The greatest advantage
IV
The role of research
V
A unique material
VI
An irrational anxiety
VII
Avoiding the real challenges
VIII
A sign of things to come
1
Paragraph A
2
Paragraph B
3
Paragraph C
4
Paragraph D
5
Paragraph E
Question 6 - 10
Look at the following statements and the list of people below.
Match each statement to the correct person A-D.
Write the correct letter, A-D
NB You may use any letter more than once.
List of Findings
A
Tim Lang
B
Dick Scarle
C
Helene Roberts
D
Steve Kelsey
6
Comparison of two approaches to packaging revealed an interesting result.
7
People are expected to do the right thing.
8
Most food roaches UK shops in good condition.
9
Complex issues are ignored in the search for speedy solutions.
10
It is merely because of the way societies operate that using plastic seems valid.
Question 11 - 13
Complete the summary below.
Write NO MORE THAN ONE WORD from the text for each answer.
A revolutionary material
Plastic packaging has changed the way we consume food. However, we instinctively dislike it partly because it is the product of
11
processes, but also because it seems to be
12
so we feel it is wasteful. Nevertheless, it is thanks to plastic that for many people their choice of food is no longer restricted by the
13
in which it is available or the location of its source.

So với list of heading: v. A unique material

Vì: unique = độc đáo = there are nothing like it

So với list of heading: iii. The greatest advantage

So với list of heading: vii.  Avoiding the real challenges

One store﻿ commissioned﻿ a study to find data on which had less environmental impact: selling apples loose or ready-wrapped.﻿ ﻿

-> The result: apples covered by plastic film needed 27 per cent less packaging in transportation than those sold loose. Câu hỏi: Comparison of two approaches to packaging revealed an interesting result.

﻿ 1 Dick Scarle points out that societies without sophisticated packaging lose half their food before it reaches consumers and that in the UK , waste in supply chains is about 3 per cent. ﻿

Bài đọc: we﻿ do not like waste﻿ , but plastic waste , with its hydrocarbon roots and industrial manufacture﻿ , is especially galling﻿

=> We especially do not like plastic waste because of its industrial manufacture.

Bài đọc: The very qualities of plastic﻿ – its cheapness, its indestructible aura﻿ – make it a symbol of an unsustainable way of life﻿ .

﻿ Plastics﻿ have helped society defy natural limits such as the seasons, the rotting of food and the distance most of us live from where our food is produced.