How Deserts Are Formed? IELTS Reading Answers with Explanation 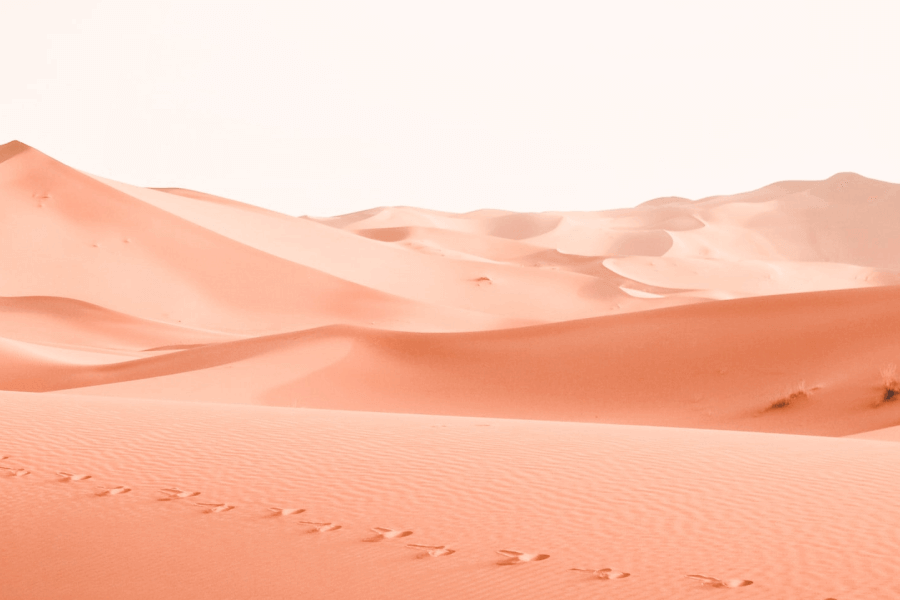 How deserts are formed?
A
A. A desert refers to a barren section of land, mainly in arid and semi-arid areas, where there is almost no precipitation, and the environment is hostile for any creature to inhabit. Deserts have been classified in a number of ways, generally combining total precipitation, how many days the rainfall occurs, temperature, humidity, and sometimes additional factors. In some places, deserts have clear boundaries marked by rivers, mountains or other landforms, while in other places, there are no clear-cut borders between desert and other landscape features.
B
B. In arid areas where there is not any covering of vegetation protecting the land, sand anddust storms will frequently take place. This phenomenon often occurs along the desert margins instead of within the deserts, where there are already no finer materials left. When a steady wind starts to blow, fine particles on the open ground will begin vibrating. As the wind picks up, some of the particles are lifted into the air. When they fall onto the ground, they hit other particles which will then be jerked into the air in their turn, initiating a chain reaction.
C
C. There has been a tremendous deal of publicity on how severe desertification can be, but the academic circle has never agreed on the causes of desertification. A common misunderstanding is that a shortage of precipitation causes the desertification— even the land in some barren areas will soon recover after the rain falls. In fact, more often than not, human activities are responsible for desertification. It might be true that the explosion in world population, especially in developing countries, is the primary cause of soil degradation and desertification. Since the population has become denser, the cultivation of crops has gone into progressively drier areas. It’s especially possible for these regions to go through periods of severe drought, which explains why crop failures are common. The raising of most crops requires the natural vegetation cover to be removed first; when crop failures occur, extensive tracts of land are devoid of a plant cover and thus susceptible to wind and water erosion. All through the 1990s, dryland areas went through a population growth of 18.5 per cent, mostly in severely impoverished developing countries.
D
D. Livestock farming in semi-arid areas accelerates the erosion of soil and becomes one of the reasons for advancing desertification. In such areas where the vegetation is dominated by grasses, the breeding of livestock is a major economic activity. Grasses are necessary for anchoring barren topsoil in a dryland area. When a specific field is used to graze an excessive herd, it will experience a loss in vegetation coverage, and the soil will be trampled as well as be pulverised, leaving the topsoil exposed to destructive erosion elements such as winds and unexpected thunderstorms. For centuries, nomads have grazed their flocks and herds to any place where pasture can be found, and oases have offered chances for a more settled way of living. For some nomads, wherever they move to, the desert follows.
E
E. Trees are of great importance when it comes to maintaining topsoil and slowing down the wind speed. In many Asian countries, firewood is the chief fuel used for cooking and heating, which has caused uncontrolled clear-cutting of forests in dryland ecosystems. When too many trees are cut down, windstorms and dust storms tend to occur.
F
F. What’s worse, even political conflicts and wars can also contribute to desertification. To escape from the invading enemies, the refugees will move altogether into some of the most vulnerable ecosystems on the planet. They bring along their cultivation traditions, which might not be the right kind of practice for their new settlement.
G
G. In the 20th century, one of the states of America had a large section of farmland that had turned into desert. Since then, actions have been enforced so that such a phenomenon of desertification will not happen again. To avoid the reoccurring of desertification, people shall find other livelihoods which do not rely on traditional land uses, are not as demanding on local land and natural resource, but can still generate viable income. Such livelihoods include but are not limited to dryland aquaculture for the raising of fish, crustaceans and industrial compounds derived from microalgae, greenhouse agriculture, and activities that are related to tourism. Another way to prevent the reoccurring of desertification is bringing about economic prospects in the city centres of drylands and places outside drylands. Changing the general economic and institutional structures that generate new chances for people to support themselves would alleviate the current pressures accompanying the desertification processes.
H
H. In nowadays society, new technologies are serving as a method to resolve the problems brought by desertification. Satellites have been utilised to investigate the influence that people and livestock have on our planet Earth. Nevertheless, it doesn’t mean that alternative technologies are not needed to help with the problems and process of desertification.

Question 1 - 7
Reading Passage 2 has eight paragraphs, A-H.
Which paragraph contains the following information?
NB You may use any letter more than once.
1
a reference to the irregular movement of particles
2
mention of a productive land turning into a desert in the 20th century
3
types of deserts
4
mention of technical methods used to tackle the problems of deserts
5
the influence of migration on desertification
6
lack of agreement among the scientists about the causes of desertification
7
a description of the fatal effects of farming practice
Question 8 - 13
Do the following statements agree with the information given in the Reading Passage?
TRUE if the statement agrees with the information
FALSE if the statement contradicts the information
NOT GIVEN if it is impossible to say what the writer thinks about this
8
It is difficult to ascertain where the deserts end in some areas.
9
Media is uninterested in the problems of desertification.
10
The most common cause of desertification is the lack of rainfall.
11
Farming animals in semi-arid areas will increase soil erosion.
12
People in Asian countries no longer use firewood as the chief fuel.
13
Technology studying the relationship of people, livestock and desertification has not yet been invented.

Đoạn này nhắc đến 1 sự kiện ở 20th century: one of the states of America had﻿ a large section of farmland turned into﻿ desert﻿ ﻿

﻿ 1 new technologies﻿ are serving as﻿ a method to resolve the problems ﻿ by desertification﻿ .

﻿ 2 Satellites﻿ have been utilised to investigate the influence that people and livestock have on our planet Earth.﻿ ﻿

Hiểu câu hỏi: lack of agreement﻿ among the scientists﻿ about the causes of desertification ﻿

Phân tích info: the academic circle﻿ has never agreed on﻿ the causes of desertification

﻿ In many Asian countries , firewood is﻿ the chief fuel﻿ used for cooking and heating﻿ which...

﻿ 1 nowadays , technologies are serving as a method﻿ to resolve problems by desertification. ﻿

﻿ 2 Satellites﻿ have been utilised to investigate﻿ the influence﻿ that people and livestock﻿ have on Earth.﻿ ﻿