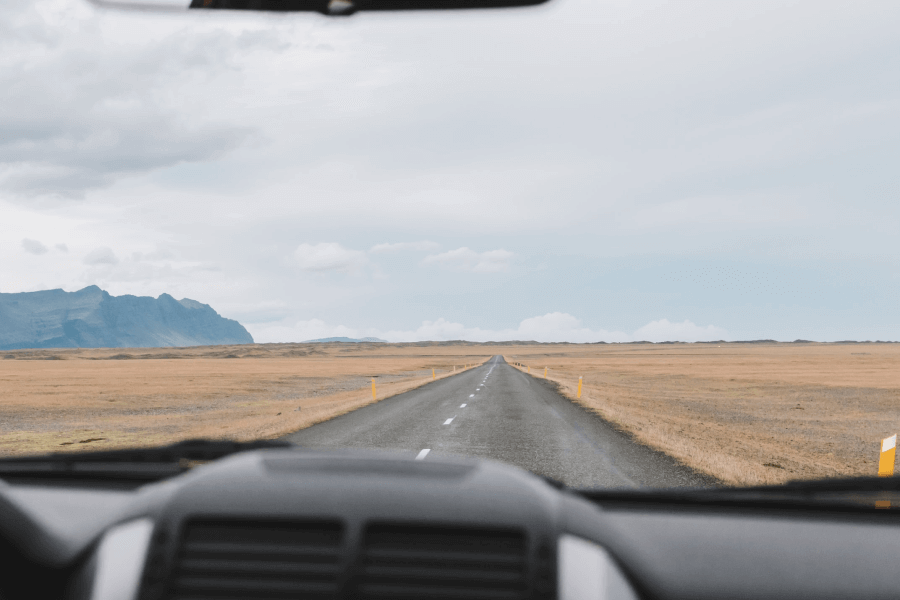 Trends and prospects for European transport systems
A
A. It is difficult to conceive of vigorous economic growth without an efficient transport system. Although modern information technologies can reduce the demand for physical transport by facilitating teleworking and teleservices, the requirement for transport continues to increase. There are two key factors behind this trend. For passenger transport, the determining factor is the spectacular growth in car use. The number of cars on European Union (EU) roads saw an increase of three million cars each year from 1990 to 2010, and in the next decade the EU will see a further substantial increase in its fleet.
B
B. As far as goods transport is concerned, growth is due to a large extent to changes in the European economy and its system of production. In the last 20 years, as internal frontiers have been abolished, the EU has moved from a ”stock” economy to a ”flow” economy. This phenomenon has been emphasised by the relocation of some industries, particularly those which are labour intensive, to reduce production costs, even though the production site is hundreds or even thousands of kilometres away from the final assembly plant or away from users.
C
C. The strong economic growth expected in countries which are candidates for entry to the EU will also increase transport flows, in particular road haulage traffic. In 1998, some of these countries already exported more than twice their 1990 volumes and imported more than five times their 1990 volumes. And although many candidate countries inherited a transport system which encourages rail, the distribution between modes has tipped sharply in favour of road transport since the 1990s. Between 1990 and 1998road haulage increased by 19.4%, while during the same period rail haulage decreased by 43.5%, although – and this could benefit the enlarged EU – it is still on average at a much higher level than in existing member states.
D
D. However, a new imperative-sustainable development – offers an opportunity for adapting the EUs common transport policy. This objective, agreed by the Gothenburg European Council, has to be achieved by integrating environmental considerations into Community policies, and shifting the balance between modes of transport lies at the heart of its strategy. The ambitious objective can only be fully achieved by 2020, but proposed measures are nonetheless a first essential step towards a sustainable transport system which will ideally be in place in 30 years time, that is by 2040.
E
E. In 1998, energy consumption in the transport sector was to blame for 28% of emissions of CO2 the leading greenhouse gas. According to the latest estimates, if nothing is done to reverse the traffic growth trend, CO2 emissions from transport can be expected to increase by around 50% to 1,113 billion tonnes by 2020 compared with the 739 billion tonnes recorded in 1990. Once again, road transport is the main culprit since it alone accounts for 84% of the CO2 emissions attributable to transport. Using alternative fuels and improving energy efficiency is thus both an ecological necessity and a technological challenge.
F
F. At the same time greater efforts must be made to achieve a modal shift. Such a change cannot be achieved overnight, all the less so after over half a century of constant deterioration in favour of road. This has reached such a pitch that today rail freight services are facing marginalisation, with just 8% of market share, and with international goods trains struggling along at an average speed of 18km/h. Three possible options have emerged.
G
G. The first approach would consist of focusing on road transport solely through pricing. This option would not be accompanied by complementary measures in the other modes of transport. In the short term it might curb the growth in road transport through the better loading ratio of goods vehicles and occupancy rates of passenger vehicles expected as a result of the increase in the price of transport. However, the lack of measures available to revitalise other modes of transport would make it impossible for more sustainable modes of transport to take up the baton.
H
H. The second approach also concentrates on road transport pricing but is accompanied by measures to increase the efficiency of the other modes (better quality of services, logistics, technology). However, this approach does not include investment in new infrastructure, nor does it guarantee better regional cohesion. It could help to achieve greater uncoupling than the first approach, but road transport would keep the lions share of the market and continue to concentrate on saturated arteries, despite being the most polluting of the modes. It is therefore not enough to guarantee the necessary shift of the balance.
I
I. The third approach, which is not new, comprises a series of measures ranging from pricing to revitalising alternative modes of transport and targeting investment in the trans- European network. This integrated approach would allow the market shares of the other modes to return to their 1998 levels and thus make a shift of balance. It is far more ambitious than it looks, bearing in mind the historical imbalance in favour of roads for the last fifty years, but would achieve a marked break in the link between road transport growth and economic growth, without placing restrictions on the mobility of people and goods.

Question 1 - 8
Reading Passage has nine paragraphs, A-I.
Choose the correct heading for paragraphs A-E and G-I from the list of headings below.
Write the correct number i-xi
List of Headings
I
A fresh and important long-term goal
II
Charging for roads and improving other transport methods
III
Changes affecting the distances goods may be transported
IV
Taking all the steps necessary to change transport patterns
V
The environmental costs of road transport
VI
The escalating cost of rail transport
VII
The need to achieve transport rebalance
VIII
The rapid growth of private transport
IX
Plans to develop major road networks
X
Restricting road use through charging policies alone
XI
Transport trends in countries awaiting EU admission
1
Paragraph A
2
Paragraph B
3
Paragraph C
4
Paragraph D
5
Paragraph E
6
Paragraph G
7
Paragraph H
8
Paragraph I
Question 9 - 13
Do the following statements agree with the information given in the Reading Passage?
In following statements below, choose
TRUE if the statement agrees with the information
FALSE if the statement contradicts the information
NOT GIVEN if it is impossible to say what the writer thinks about this
9
The need for transport is growing, despite technological developments.
10
To reduce production costs, some industries have been moved closer to their relevant consumers
11
Cars are prohibitively expensive in some EU candidate countries
12
The Gothenburg European Council was set up 30 years ago
13
By the end of this decade, CO2 emissions from transport are predicted to reach 739 billion tonnes.

﻿ Although modern information technologies reduce the demand for physical transport by facilitating teleworking , the requirement for transport continues to increase ﻿

So sánh với câu hỏi: Although S-V, S-V = S-V despite N - the need for transport is growing, despite technological developments

﻿ This phenomenon﻿ has been emphasised by the relocation of some industries , to reduce production costs , even though the production site is hundreds or even thousands of kilometres away from users. ﻿

So sánh với câu hỏi: moved closer to their customer # thousands of kilometres away from users

→ Chọn đáp án: NOT GIVEN

﻿ 1 This objective , agreed by the Gothenburg European Council , has to be achieved by integrating environmental considerations and shifting the balance ﻿

﻿ 2 The ambitious objective can only be fully achieved by 2020 , but proposed measures are nonetheless a first essential step towards a sustainable transport system which will ideally be in place in 30 years time ﻿

﻿ According to the latest estimates , if nothing is done to reverse the traffic growth trend , CO2 emissions from transport can be expected to increase by around 50% to 1,113 billion tonnes by 2020 compared with the 739 billion tonnes recorded in 1990. ﻿