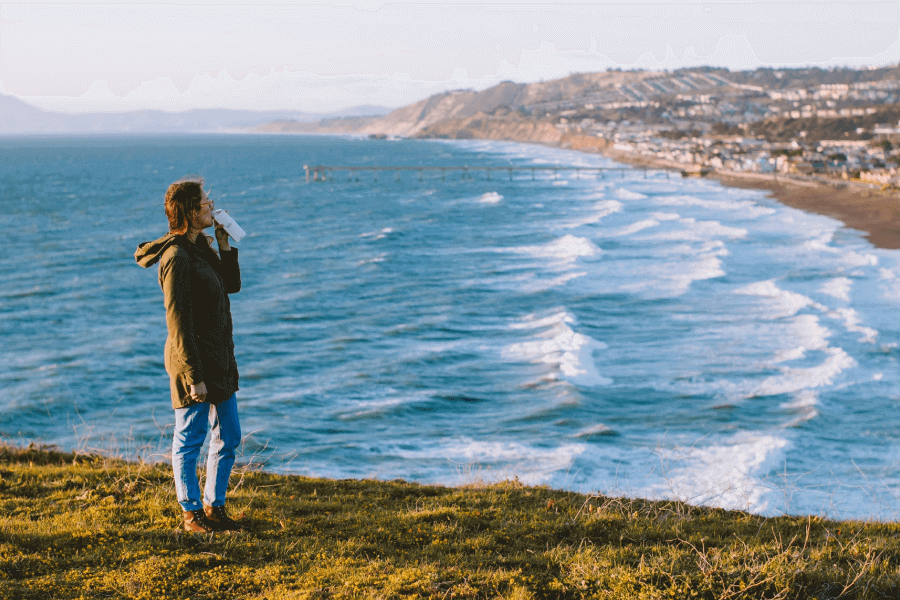 Environmental practices of big businesses
The environmental practices of big businesses are shaped by a fundamental fact that for many of us offend our sense of justice. Depending on the circumstances, a business may maximize the amount of money it makes, at least in the short term, by damaging the environment and hurting people. That is still the case today for fishermen in an unmanaged fishery without quotas and for international logging companies with short-term leases on tropical rainforest land in places with corrupt officials and unsophisticated landowners. When government regulation is effective, and when the public is environmentally aware, environmentally clean big businesses may out-compete dirty ones, but the reverse is likely to be true if government regulation is ineffective and if the public doesn’t care. It is easy for the rest of us to blame a business for helping itself by hurting other people. But blaming alone is unlikely to produce change. It ignores the fact that businesses are not charities but profit-making companies, and that publicly owned companies with shareholders are under obligation to those shareholders to maximize profits, provided that they do so by legal means. US laws make a company’s directors legally liable for something termed ‘breach of fiduciary responsibility’ if they knowingly manage a company in a way that reduces profits. The car manufacturer Henry Ford was in fact successfully sued by shareholders in 1919 for raising the minimum wage of his workers to $5 per day: the courts declared that, while Ford’s humanitarian sentiments about his employees were nice, his business existed to make profits for its stockholders. Our blaming of businesses also ignores the ultimate responsibility of the public for creating the condition that let a business profit through destructive environmental policies. In the long run, it is the public, either directly or through its politicians, that has the power to make such destructive policies unprofitable and illegal, and to make sustainable environmental policies profitable. The public can do that by suing businesses for harming them, as happened after the Exxon Valdez disaster, in which over 40,000m3 of oil were spilled off the coast of Alaska. The public may also make their opinion felt by preferring to buy sustainably harvested products; by making employees of companies with poor track records feel ashamed of their company and complain to their own management; by preferring their governments to award valuable contracts to businesses with a good environmental track record; and by pressing their governments to pass and enforce laws and regulations requiring good environmental practices. In turn, big businesses can expert powerful pressure on any suppliers that might ignore public or government pressure. For instance, after the US public became concerned about the spread of a disease known as BSE, which was transmitted to humans through infected meat, the US government’s Food and Drug Administration introduced rules demanding that the meat industry abandon practices associated with the risk of the disease spreading. But for five years the meat packers refused to follow these, claiming that they would be too expensive to obey. However, when a major fast-food company then made the same demands after customer purchases of its hamburgers plummeted, the meat industry complied within weeks. The public’s task is therefore to identify which links in the supply chain are sensitive to public pressure: for instance, fast-food chains or jewelry stores, but not meat packers or gold miners. Some readers may be disappointed or outraged that I place the ultimate responsibility for business practices harming the public on the public itself. I also believe that the public must accept the necessity for higher prices for products to cover the added costs, if any, of sound environmental practices. My views may seem to ignore the belief that businesses should act in accordance with moral principles even if this leads to a reduction in their profits. But I think we have to recognize that, throughout human history, in all politically complex human societies, government regulation has arisen precisely because it was found that not only did moral principles need to be made explicit, they also needed to be enforced. To me, the conclusion that the public has the ultimate responsibility for the behavior of even the biggest businesses is empowering and hopeful, rather than disappointing. My conclusion is not a moralistic one about who is right or wrong, admirable or selfish, a good guy or a bad guy. In the past, businesses have changed when the public came to expect and require different behavior, to reward businesses for behavior that the public wanted, and to make things difficult for businesses practicing behaviors that the public didn’t want. I predict that in the future, just as in the past, changes in public attitudes will be essential for changes in businesses’ environmental practices.

Question 1 - 5
Complete the summary using the list of words, A-J, below.
Write the correct letter, A-J, in boxes on your answer sheet.
Big businesses
Many big businesses today are prepared to harm people and the environment in order to make money, and they appear to have no
1
Lack of
2
by governments and lack of public
3
can lead to environmental problems such as
4
or the destruction of
5
.
A
funding
B
trees
C
rare species
D
moral standards
E
control
F
involvement
G
flooding
H
overfishing
I
worker support
Question 6 - 8
Choose the correct letter, A, B, C or D.
Write the correct letter in boxes on your answer sheet.
6
The main idea of the third paragraph is that environmental damage
A
requires political action if it is to be stopped
B
is the result of ignorance on the part of the public.
C
could be prevented by the action of ordinary people.
D
can only be stopped by educating business leaders.
7
In the fourth paragraph, the writer describes ways in which the public can
A
reduce their own individual impact on the environment.
B
learn more about the impact of business of the environment.
C
raise awareness of the effects of specific environmental disasters.
D
influence the environmental policies of businesses and governments
8
What pressure was exerted by big business in the case of the disease BSE?
A
Meat packers stopped supplying hamburgers to fast-food chains
B
A fast-food company forced their meat suppliers to follow the law.
C
Meat packers persuaded the government to reduce their expenses.
D
A fast-food company encouraged the government to introduce legislation.
Question 9 - 13
Do the following statements agree with the information given in Reading Passage?
In following statements below, choose
YES if the statement agrees with the information
NO if the statement contradicts the information
NOT GIVEN if it is impossible to say what the writer thinks about this
9
The public should be prepared to fund good environmental practices
10
There is a contrast between the moral principles of different businesses.
11
It is important to make a clear distinction between acceptable and unacceptable behaviour.
12
The public have successfully influenced businesses in the past.
13
In the future, businesses will show more concern for the environment.
Question 14
Choose the correct letter, A, B, C or D.
Write the correct letter in box on your answer sheet.
14
What would be the best subheading for this passage?
A
Will the world survive the threat caused by big businesses?
B
How can big businesses be encouraged to be less driven by profit?
C
What environmental dangers are caused by the greed of businesses?
D
Are big businesses to blame for the damage they cause the environment?

1. Our blaming of businesses﻿ ignores responsibility of the public ﻿ ﻿

2. the public - has the power﻿ - to make such destructive policies unprofitable and illegal﻿ , and﻿ make sustainable environmental policies profitable﻿ .

So với câu hỏi : The public should be prepared to fund good environmental practices.

So với câu hỏi: It IS important - to make a clear distinction between - acceptable and unacceptable behavior.

In the past﻿ businesses﻿ changed when public came to expect﻿ and﻿ require different behavior => Main idea:  In the past, the public have successfully influenced businesses (tương tự câu hỏi)

So sánh với câu hỏi: The public have successfully influenced businesses in the past.

Para 1. Many big businesses today are prepared to harm people and the environment in order to make money. Therefore, government regulation and public involvement are needed.

Para 7. In the future, just as in the past, changes in public attitudes will be essential for changes in businesses' environmental practices.

-> Big businesses do not take the whole blame for environmental damage, since the public also involves.