Dawn Of The Robots IELTS Reading Answers with Explanation 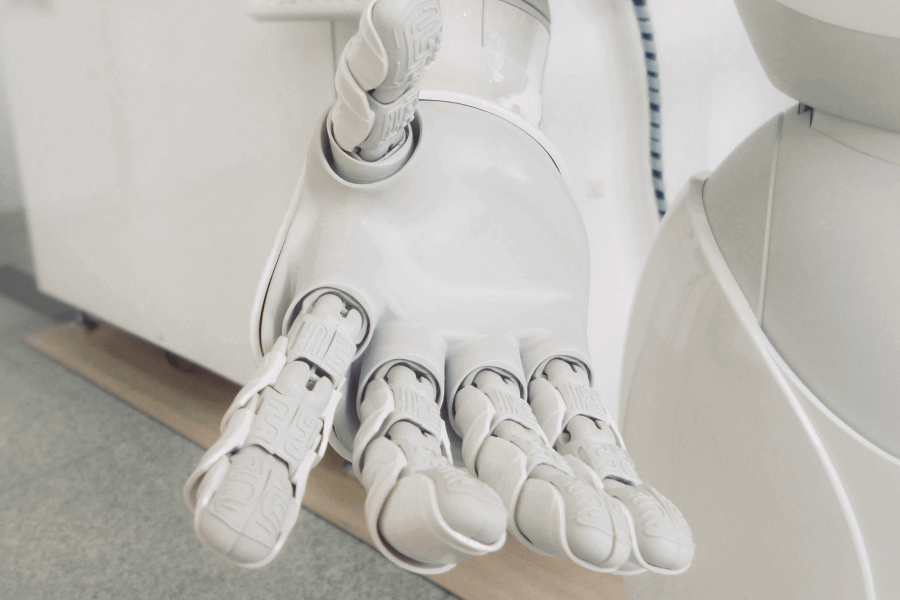 Dawn Of The Robots
They're already here driving cars, vacuuming carpets and feeding hospital patients. They may not be walking, talking, humanlike sentient beings, but they are clever... and a little creepy. A At first sight it looked like a typical suburban road accident.
A
A. Land Rover approached a Chevy Tahoe estate car that had stopped at a kerb; the Land Rover pulled out and tried to pass the Tahoe just as it started off again. There was a crack of fenders and the sound of paintwork being scraped, the kind of minor mishap that occurs on roads thousands of times every day Normally drivers get out, gesticulate, exchange insurance details and then drive off. But not on this occasion. No one got out of the cars for the simple reason that they had no humans inside them; the Tahoe and Land Rover were being controlled by computers competing in November's DARPA (the U.S. Defence Advanced Research Projects Agency) Urban Challenge.
B
B. The idea that machines could perform to such standards is startling. Driving is a complex task that takes humans a long time to perfect. Yet here, each car had its onboard computer loaded with a digital map and route plans, and was instructed to negotiate busy roads; differentiate between pedestrians and stationary objects; determine whether other vehicles were parked or moving off; and handle various parking manoeuvres, which robots turn out to be unexpectedly adept at. Even more striking was the fact that the collision between the robot Land Rover, built by researchers at the Massachusetts Institute of Technology, and the Tahoe, fitted out by Cornell University Artificial Intelligence (AI) experts, was the only scrape in the entire competition. Yet only three years earlier, at DARPA's previous driverless car race, every robot competitor directed to navigate across a stretch of open desert either crashed or seized up before getting near the finishing line.
C
C. It is a remarkable transition that has clear implications for the car of the future. More importantly, it demonstrates how robotics sciences and Artificial Intelligence have progressed in the past few years a point stressed by Bill Gates, the Microsoft boss who is a convert to these causes. The robotics industry is developing in much the same way the computer business did 30 years ago,' he argues. As he points out, electronics companies make toys that mimic pets and children with increasing sophistication. 'I can envision a future in which robotic devices will become a nearly ubiquitous part of our day-to-day lives,' says Gates. 'We may be on the verge of a new era, when the PC will get up off the desktop and allow us to see, hear, touch and manipulate objects in places where we are not physically present.'
D
D. What is the potential for robots and computers in the near future? The fact is we still have a way to go before real robots catch up with their science fiction counterparts/ Gates says. So what are the stumbling blocks? One key difficulty is getting robots to know their place. This has nothing to do with class or etiquette, but concerns the simple issue of positioning. Humans orient themselves with other objects in a room very easily. Robots find the task almost impossible. 'Even something as simple as telling the difference between an open door and a window can be tricky for a robot,' says Gates. This has, until recently, reduced robots to fairly static and cumbersome roles.
E
E. For a long time, researchers tried to get round the problem by attempting to recreate the visual processing that goes on in the human cortex. However, that challenge has proved to be singularly exacting and complex. So scientists have turned to simpler alternatives: 'We have become far more pragmatic in our work,' says Nello Cristianini, Professor of Artificial Intelligence at the University of Bristol in England and associate editor of the Journal of Artificial Intelligence Research. 'We are no longer trying to recreate human functions. Instead, we are looking for simpler solutions with basic electronic sensors, for example.' This approach is exemplified by vacuuming robots such as the Electrolux Trilobite. The Trilobite scuttles around homes emitting ultrasound signals to create maps of rooms, which are remembered for future cleaning. Technology like this is now changing the face of robotics, says philosopher Ron Chrisley, director of the Centre for Research in Cognitive Science at the University of Sussex in England.
F
F. Last year, a new Hong Kong restaurant, Robot Kitchen, opened with a couple of sensorladen humanoid machines directing customers to their seats. Each possesses a touchscreen on which orders can be keyed in. The robot then returns with the correct dishes. In Japan, University of Tokyo researchers recently unveiled a kitchen 'android' that could wash dishes, pour tea and make a few limited meals. The ultimate aim is to provide robot home helpers for the sick and the elderly, a key concern in a country like Japan where 22 per cent of the population is 65 or older. Over US$1 billion a year is spent on research into robots that will be able to care for the elderly. 'Robots first learn basic competence how to move around a house without bumping into things. Then we can think about teaching them how to interact with humans,' Chrisley said. Machines such as these take researchers into the field of socialised robotics: how to make robots act in a way that does not scare or offend individuals. 'We need to study how robots should approach people, how they should appear. That is going to be a key area for future research,' adds Chrisley.

Question 1 - 6
The text on the following pages has six paragraphs, A-F.
Choose the correct heading for each paragraph from the list of headings (i-ix) below.
List of Headings
I
Tackling the Issue using a different approach
II
A significant improvement on last time
III
How robots can save human lives
IV
Examples of robots at work
V
Not what it seemed to be
VI
Why timescales are impossible to predict
VII
The reason why robots rarely move
VIII
Following the pattern of an earlier development
IX
The ethical issues of robotics
1
Paragraph A
2
Paragraph B
3
Paragraph C
4
Paragraph D
5
Paragraph E
6
Paragraph F
Question 7 - 10
Look at the following statements and the list of people below.
Match each statement with the correct person, A, B or C.
NB You may use any letter more than once.
List of Findings
A
Bill Gates
B
Nello Cristianini
C
Ron Chrisley
7
An important concern for scientists is to ensure that robots do not seem frightening.
8
We have stopped trying to enable robots to perceive objects as humans do.
9
It will take considerable time for modern robots to match the ones we have created in films and books.
10
We need to enable robots to move freely before we think about trying to communicate with them.
Question 11 - 13
Complete the notes below.
Choose NO MORE THAN THREE WORDS from the text for each answer.
Robot Features
DARPA race cars:
11
provides maps and plans for route
Electrolux Trilobite: builds an image of a room by sending out
12
﻿
Robot Kitchen humanoids: have a
13
to take orders

So với list of heading: Chọn heading VIII. Following the pattern of an earlier development

So với list of heading: Chọn heading I. Tackling the Issue using a different approach

So với list of heading: Chọn heading IV. Examples of robots at work

﻿ researchers﻿ tried to get round the problem by attempting to recreate the visual processing that goes on in the human cortex﻿ .

﻿ However﻿ , that challenge﻿ has proved to be complex.﻿

﻿ 'We have become far more pragmatic in our work,' says Nello Cristianini. ﻿

- Câu hỏi: We need to enable robots to move freely before we think about trying to communicate with them => Người nói câu này là Chrisley => Đáp án: C. Ron Chrisley

Bài đọc: Each ﻿ possesses a touch-screen on which orders can be keyed in﻿ .