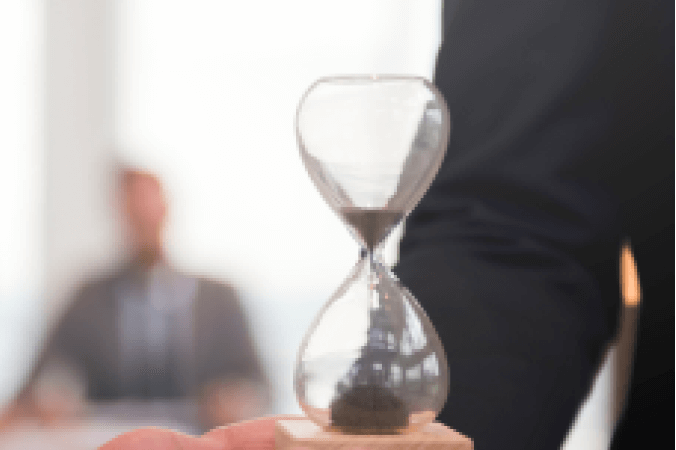 00:00
Question 1 - 5
Complete the table below.
Write ONE WORD ONLY for each answer.
Time perspectives
Time zone
Outlook
Features & Consequences
Past
Positive
1
﻿
Remember good times, e.g birthday; keep family records, photos, albums, etc. Focus on disappointments, failures, bad decisions.
Present
Hedonistic Fatalistic
Live for
2
; seek sensation; avoid pain. Life is governed by
3
, religious beliefs, social conditions. Life’s path can’t be changed.
Future
﻿
4
Fatalistic
Prefer work to play. Don’t give it to temptation. Have a strong belief in life after death and the importance of
5
in life.
Question 6 - 10
Choose the correct letter, A, B or C.
6
We are all present hedonists
A
at school
B
at birth
C
while eating and drinking
7
American boys drop out of school at a higher rate than girls because
A
they need to be in control of the way they learn
B
they play video games instead of doing school work
C
they are not as intelligent as girls
8
Present-orientated children
A
do not realise present actions can have negative future effects
B
are unable to learn lessons from past mistakes
C
know what could happen if they do something bad, but do it anyway
9
If American had an extra day per-week, they would spend it
A
working harder
B
building relationships
C
sharing family meals
10
Understanding how people think about time can help us
A
become more virtuous
B
work together better
C
identify careless or ambitious people

00:00
Today, I would like to share something with you about time. Particularly, I'll be looking at the way we think about time, and how these perspectives of time structure our life. Social psychologists have pointed out that there are six ways of thinking about time, which they regard as personal time zones.
The first two types of time zones are based in the past. Past positive thinkers usually spend a major part of their time looking back to the past, which means they are in a state of nostalgia, where they fancy remembering moments of happiness such as birthdays, marriages and important success time in their lives.
They are those who have the habit of keeping family records, books and photo albums. The kinds of people living in a past negative time zone are also absorbed by earlier times, but they concentrate on all the negative sides of a life picture such as regrets, failures or poor decisions. They spend plenty of time imagining what life could have been.
Then, it is those who live in the present. Present hedonists live their life in pleasure and immediate sensation. Their life motto should be having a good time and avoiding painful experiences.
Present fatalists live in the present as well; however, they think this moment is the product of circumstances entirely beyond their control, but it is more a fate. Whether it's poverty, religion or society itself, something prohibits fatalists from thinking that they do perform a role in changing their life outcomes. Life is simply what it is.
How about the future time zone? People who are sorted into future active group are those who do plans and go for their plans. They don't play but work, and resist temptation. They make decisions in terms of potential consequences, rather than experience itself.
The other type of future-oriented perspective is future fatalistic. This group of people holds a belief that there will be a certainty of life after death and certain kind of judgement day when they will be assessed on how virtuously they have had a life and what achievements they have had in their lives.
Okay, so much for all the types. You now may ask ‘in what ways are our lives influenced by these time zones?' Well, let's start at the beginning. When we were born, no exceptions, everyone was a present hedonist. All the initial needs and demands like being warm, secure, fed and watered were all from that time.
But formal education will change the way we think. Each one of us is taught to prevent focusing only on the moment and start to make estimates about the future. But you might be surprised, every nine seconds a child drops out of school in the US. More interestingly, there're much more boys dropping out than girls doing so.
We may easily draw a conclusion: 'boys aren't as intelligent as girls.' But the evidence doesn't support this. A recent survey indicates that when American boys reach the age of 21, they have spent roughly 10,000 hours on video games and also suggests that they'll never fit in the traditional classroom, because there is a stronger need for those boys to have a certain circumstance in which they are capable of managing their own learning environment.
Now, let's move on to how we do prevention education. All kinds of prevention education are usually targeted at the future time zone. We say 'don't smoke or you'll get cancer', 'get good grades or you won't get a good job.' But as for present-oriented kids, it doesn't make sense.
Though they do know the potentially detrimental consequences of their actions, they insist on how they behave because they're not living for the future. They are in the present right now. Logics won't be helping and it's no use reminding them of potential fallout from their decisions or previous judgement errors.
We have to get in their minds just as they're about to make a choice. How we value and use our time is greatly influenced by the time perspectives we have. When Americans come across a question about how busy they are, most of the interviewees usually report being busier than ever before.
They admit to sacrificing their relationships, personal time and good sleep during nights for their careers. But 20 years ago, 60% of Americans had sit-down dinners with their families, yet now the number dropped to 20%.
However, when they're asked what if there are 8 days in a week, they say 'Oh, that'll be fabulous'. They would spend that time working to achieve more. They're persistently trying to get to the future point of happiness.
So, it's of vital importance that we know how other people think about time. We tend to think: 'Oh, that person is really irresponsible,' or 'That guy is power hungry,' but often what we care about is not the fundamental personality differences, but only various approaches of thinking about time.
Rather than distinctions of characteristics, seeing these conflicts as differences in time perspectives can promote more effective cooperation between people and get the most out of each person's individual strengths.

=> BIết đáp án sắp tới khi nghe "Then, it is those who live in the present

Nghe thấy "whether it's poverty, religion or society itself, something prohibits fatalists from thinking that they do perform a role in changing their life outcomes"

Nghe thấy "people who are sorted into future active group are those who make plans and go for their plans. They don't play but work, and resist temptation"

Nghe tới "..in what ways are our lives influenced by these time zones" (chuẩn bị nói vào chi tiết)

Nghe thấy "when we were born, no exceptions, everyone was a present hedonist"

Mình nghe được là "We may easily draw a conclusion: 'boys aren't as intelligent as girls'. But the evidence doesn't support this.

Nghe tiếp thấy "they'll never fit in the traditional classroom, because there is a stronger need for those boys to have a certain circumstance in which they are capable of managing their own learning environment"
Xem full giải thích
8
C
Mở rộng

Nghe thấy "though they do know the potentially detrimental consequences of their actions, they insist on how they behave because they're not living for the future"

Nghe thấy "they would spend that time working to achieve more"

A Conversation For An English Literature IELTS Listening Answers With Audio, Transcript, And Explanation

An Intro To Pine Garden IELTS Listening Answers With Audio, Transcript, And Explanation

Techniques For Removing Carbon Dioxide From The Atmosphere IELTS Listening Answers With Audio, Transcript, And Explanation