The 'Weak-Tie' Theory: How Friends-Of-Friends Influence Us IELTS Listening Answers With Audio, Transcript, And Explanation 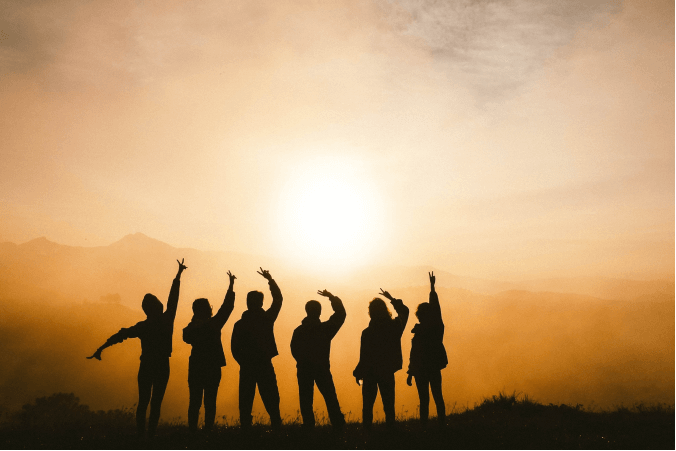 Question 1 - 4
Complete the summary below.
Write ONE WORD ONLY for each answer.
The ‘weak-tie’ theory: how friends-of-friends influence us
In 1973, Mark Granovetter claimed that the influence of "weak-ties" can affect the behaviour of populations in the fields of information science, politics and
1
﻿. Although friends-of-friends may be unlike us, they have similar enough
2
﻿ to have a beneficial effect on our lives. An example of this influence is when we hear about
3
﻿because information about them is provided by weak-ties. Since Granovetter proposed his theory, other studies have shown that weak-tie networks also benefit our
4
﻿.
Question 5 - 10
Choose TWO letters, A-E.
Which does the speaker believe are TWO real benefits of online social networking?
A
People can gain higher self-esteem.
B
People can access useful medical information.
C
People can form relationships more quickly.
D
People can improve academic performance.
E
People can be reliably informed about current affairs.
Which TWO problems related to online social networking will increase, according to the speaker?
A
criminal activity
B
poorer grades at school
C
a decline in physical fitness
D
less work done by employees
E
loss of career prospects
Which TWO claims are made by Robin Dunbar about networking sites?
A
They are not helpful for developing certain social skills.
B
They cannot fully reveal a person's real character.
C
They are not a good starting point for building new relationships.
D
They do not encourage people to widen their social circle.
E
They will not retain their popularity with the young generation.

Good morning. Today we're thinking about the way that technology is influencing our social structures and the way we interact with one another.
Humans, as we know, have always lived in groups; without this arrangement, our species would have died out long ago. But now, the way we see and define our group is changing.
I'd like to start by mentioning the research of American sociologist Mark Granovetter in 1973. It was Granovetter who first coined the term 'weak-ties', which he used to refer to people's loose acquaintances - in other words, friends-of- friends.
His research showed that weak-ties had a significant effect on the behaviour and choices of populations - and this influence was something highly important in the fields of information science and politics, and as you can imagine, marketing also.
So, these friends-of-friends, people we might spend time with at social or work gatherings, might not be like us but they can still have a positive influence because we share the same sort of interests.
That's enough to make a connection - and this connection can turn out to be more beneficial than we might suspect. An example of this, an example of how the connection can influence us, is when our weak-ties get in touch and pass on details about jobs they think might be suitable for us.
Well, since Granovetter first came up with this theory, his work has been cited in over 19,000 papers. Some of these studies have looked at how weak-tie networks are useful to us in other ways, and one thing that seems to improve as a result of weak-tie influence is our health.
Today, our number of weak-tie acquaintances has exploded due to the Internet - to the phenomenon of online social networking. This is still a relatively new way of communication - something that has a huge amount of potential – but also, as with any invention, it brings with it a new set of problems.
Let's start with the benefits. Without question, online social networking allows us to pass on the latest news - to be up-to-date with local and global events - and for many, this information comes from sources more trustworthy than local media.
So, this is one clear point in favour of online social networking. I know that it's also being used by students - as a means of increasing their chances of success in the way that lecture notes can be shared and ideas discussed.
I think, personally speaking, that we need some further research before we can definitively say whether it helps or not. There's also been a great increase in the number of networking sites devoted to sharing advice on health issues but there are as yet no studies to prove the reliability of that advice.
Now, what we do have clear evidence for is that people are developing friendships and professional networks in a way that wasn't possible before - the process is faster. I'm not talking about quality here, but simply that they exist.
And it's debatable whether the number of online friends that you have increases your level of self-confidence - that's perhaps an area of research some of you might be interested in following up.
Turning to the problems, there are any number of articles connecting online activity to falling levels of physical fitness - but it's too easy to blame the Internet for our social problems.
The poor grades of school children are also frequently linked to the time spent on social networking sites, but it would be naive to believe there are no other contributing factors.
One real concern, however, is the increase in the amount of fraud. Where for example, people are using the personal data of others, which they've put online, for criminal purposes.
This kind of activity seems likely to continue. And then, certainly for employers, online social networking sites have provided a great time- wasting opportunity-reducing productivity like never before, and I doubt they can put a stop to this habit, no matter what restrictions are in place.
We'll come back to these issues in a minute, but I'd like to say something about the theories of Robin Dunbar -an anthropologist at Oxford University.
Dunbar has found that the human brain has evolved in a way that means we can only give real attention to a particular number of people. 150, apparently.
So, for example, if the number of friends on your online network is greater than that, according to Dunbar, this would imply the relationships are only superficial.
Dunbar is not against online relationships, but he maintains that face-to-face interaction is essential for the initial creation of true friendship and connections.
He's concerned that for young people - if their only experience of forming relationships is online - this doesn't allow them to form the ability or acquire the strategies for maintaining relationships, for example, in situations where negotiation or diplomacy is required, or where it’s essential for …

﻿ Mình nghe được là ''and this influence was something highly important in the fields of information science and politics, and as you can imagine, marketing also''