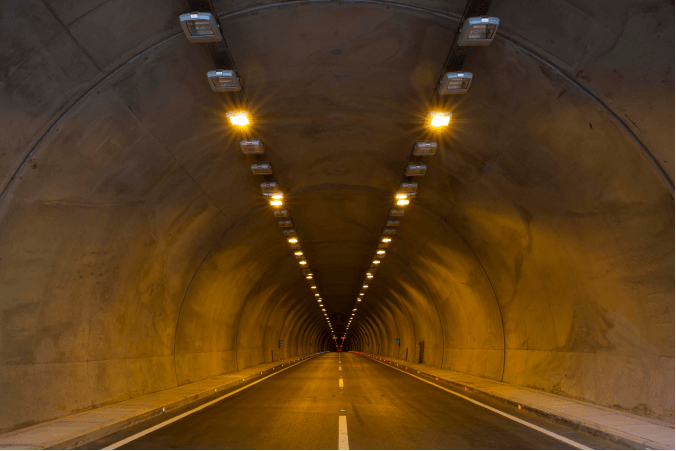 Question 1 - 2
Choose the correct letter, A, B or C.
1
The owners of the underground house
A
had no experience of living in a rural area
B
were interested in environmental issues
C
wanted a professional project manager
2
What does the speaker say about the site of the house?
A
The land was quite cheap.
B
Stone was being extracted nearby.
C
It was in a completely unspoilt area.
Question 3 - 10
Complete the notes below.
Write ONE WORD OR A NUMBER.
THE UNDERGROUND HOUSE
Design
﻿
Special features
﻿
Environmental issues

Good morning. In the last few lectures I've been talking about the history of domestic building construction. But today I want to begin looking at some contemporary, experimental designs for housing. So,I'm going to start with a house which is constructed more or less under the ground.
And one of the interesting things about this project is that the owners - both professionals but not architects - wanted to be closely involved, so they decided to manage the project themselves. Their chief aim was to create somewhere that was as environmentally-friendly as possible. But at the same time they wanted to live somewhere peaceful - they'd both grown up in a rural area and disliked urban life.
So the first thing they did was to look for a site. And they found a disused stone quarry in a beautiful area. The price was relatively low, and they liked the idea of recycling the land, as it were. As it was, the quarry was an ugly blot on the landscape, and it wasn't productive any longer, either.
They consulted various architects and looked at a number of designs before finally deciding on one. As I've said, it was a design for a sort of underground house, and it was built into the earth itself, with two storeys. The north, east and west sides were set in the earth, and only the sloping, south-facing side was exposed to light.
That was made of a double layer of very strong glass.There were also photovoltaic tiles fixed to the top and bottom of this sloping wall. These are tiles that are designed to store energy from the sun. And the walls had a layer of foam around them too, to increase the insulation.
Now, what is of interest to us about this project is the features which make the building energy-efficient. Sunlight floods in through the glass wall, and to maximise it there are lots of mirrors and windows inside the house. That helps to spread the light around. So that's the first thing - light is utilised as fully as possible.
In addition, the special tiles on the outside convert energy from the sun and generate some of the house's electricity. In fact, and it's possible that in future the house may even generate an electricity surplus, and that the owners will be able to sell some to the national grid.
As well as that, wherever possible, recycled materials have been used. For example, the floors are made of reclaimed wood. And the owners haven't bought a single item of new furniture - they just kept what they already had. And then there's the system for dealing with the waste produced in the house.
This is dealt with organically - it's purified by being filtered through reed beds which have been planted for that purpose in the garden. So the occupants of the house won't pollute the land or use any damaging chemicals.
It's true that the actual construction of the house was harmful to the environment, mainly because they had to use massive amounts of concrete - one of the biggest sources of carbon dioxide in manufacturing. And, as you know, this is very damaging to the environment. In total, the house construction has released 70 tons of carbon dioxide into the air.
Now that's a frightening thought. However, once the initial 'debt' has been cleared - and it’s been calculated that this will only take fifteen years - this underground house won’t cost anything - environmentally I mean - because unlike ordinary houses, it is run in a way that is completely environmentally friendly.
So, eco-housing like this is likely to become much more...

﻿ Tiếp đó bạn nghe "they decided to manage the project themselves"

﻿ Sau đó nghe "Their chief aim was to create somewhere that was as environmentally-friendly as possible."