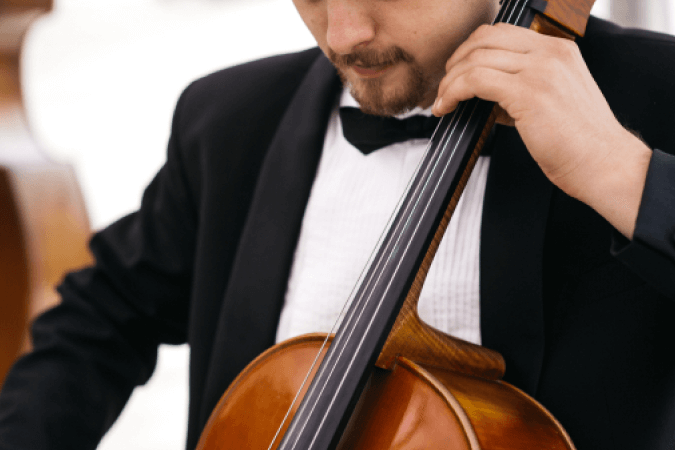 00:00
Question 1 - 10
Complete the notes below.
Write ONE WORD ONLY.
DESIGNING A PUBLIC BUILDING: THE TAYLOR CONCERT HALL
Introduction
The designer of a public building may need to consider the building’s
Location and concept of the Concert Hall
Building design
It’s approached by a
4
for pedestrians
The building is the shape of a
5
﻿
One exterior wall acts as a large
6
﻿
In the auditorium:
Evaluation
Some critics say the
10
style of building is inappropriate

00:00
We’ve been discussing the factors the architect has to consider when designing domestic buildings. I’m going to move on now to consider the design of public buildings, and I’ll illustrate this by referring to the new Taylor Concert Hall that’s recently been completed here in the city.
So, as with a domestic building, when designing a public building, an architect needs to consider the function of the building – for example, is it to be used primarily for entertainment, or for education, or for administration? The second thing the architect needs to think about is the context of the building, this includes its physical location obviously, but it also includes the social meaning of the building how it relates to the people it’s built for
And finally, for important public buildings, the architect may also be looking for a central symbolic idea on which to base the design, a sort of metaphor for the building and the way in which it is used.
Let’s look at the new Taylor Concert Hall in relation to these ideas. The location chosen was a site in a run-down district that has been ignored in previous redevelopment plans. It was occupied by a factory that had been empty for some years
The whole area was some distance from the high-rise office blocks of the central business district and shopping centre, but it was only one kilometre from the ring road. The side itself was bordered to the north by a canal which had once been used by boats bringing in raw materials when the area was used for manufacturing.
The architect chosen for the project was Tom Harrison. He found the main design challenge was the location of the site in an area that had no neighbouring buildings of any importance. To reflect the fact that the significance of the building in this quite run-down location was as yet unknown, he decided to create a building centred around the idea of a mystery – something whose meaning still has to be discovered.
So how was this reflected in the design of the building? Well, Harrison decided to create pedestrian access to the building and to make use of the presence of water on the site. As people approach the entrance, they therefore have to cross over a bridge.
He wanted to give people a feeling of suspense as they see the building first from a distance, and then close-up, and the initial impression he wanted to create from the shape of the building as a whole was that of a box
The first side that people see, the southern wall, is just a high, flat wall uninterrupted by any windows. This might sound off-putting, but it supports Harrison’s concept of the building – that the person approaching is intrigued and wonders what will be inside. And this flat wall also has another purpose. At night-time, projectors are switched on and it functions as a huge screen, onto which images are projected.
The auditorium itself seats 1500 people. The floor’s supported by ten massive pads. These are constructed from rubber, and so are able to absorb any vibrations from outside and prevent them from affecting the auditorium. The walls are made of several layers of hony-coloured wood, all sourced from local beech trees.
In order to improve the acoustic properties of the auditorium and to amplify the sound, they are not straight, they are curved. The acoustics are also adjustable according to the size of orchestra and the type of music being played. In order to achieve this, there are nine movable panels in the ceiling above the orchestra which are all individually motorized, and the walls also have curtains which can be opened or closed to change the acoustics.
The reaction of the public to the new building has generally been positive. However, the evaluation of some critics has been less enthusiastic. In spite of Harrison’s efforts to use local materials, they criticise the style of the design as being international rather than local, and say it doesn’t reflect features of the landscape or society for which it is built.