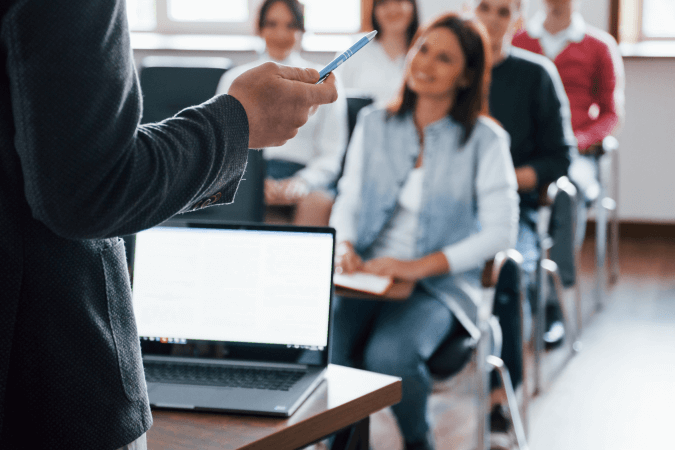 Question 1 - 5
Choose the correct letter, A, B or C.
1
Why did the lecturer choose to focus on the Pleasanton Town Market?
A
It was the first ever Town Market
B
It has been covered extensively in local history classes
C
It is often mentioned in some literature of the library
2
The Town Market originally made a large profit selling
A
handcrafts
B
vegetables
C
animals
3
The money that the marketers made contributes to local
A
reconstruction
B
development
C
defense
4
Market sales plummeted due to a lack of viable
A
agriculture
B
transport
C
city planning
5
Mayor John C. Wiley decided the Clock tower would be used as a _____ in the early stages of the uprising
A
clock
B
grounds for battle
C
jail
Question 6 - 10
Complete the table below.
Write ONE WORD ONLY for each answer.

Good afternoon. In the last few lectures we’ve been covering the social and political pressures that influenced the rise of the rebellion of 1679. Today I would like to focus on the Pleasanton Town Market.
Now, why are we talking all about some market? It’s not like it was the first market ever, or even a particular large market. The Pleasanton Town Market is important because it is often mentioned in the literature found in the library. If you have ever been there, you have probably seen all of the hand-crafted items sold there now. But what was originally bought and sold in the town market?
In the beginning, the market sold products such as meats, furs, and simple tools. Overtime, though, it became known as the place to find quality livestock. People came from all over the world to find the biggest and best cows, pigs, and chickens. In fact, the profits from the Town Market became the savior of a plummeting economy during a time of much turmoil.
Not to be confused with the reconstruction era, a period of rapid development came about in the 1660’s as a result of the market’s vendors contributing their profits to building up much needed public facilities and defense, which would later make a huge impact on the outcome of the war.
For many years, the market flourished and began to draw in large tourism crowds in addition to the throngs of livestock customers. However, as revolutions in farming came about, more people moved to farms far from the city centre. Customers grew more and more reluctant to travel all the way to the town centre for their meats when they could easily choose to buy from local farmers near them for a fraction of the price.
With such a fall in the profits of the town’s major profit generator, some quality town planning was needed. In the mayoral election of 1668, a young man of little fame just barely claimed the popular vote - none other than the now legendary John C.Wiley.
Wiley’s first decision as mayor of Pleasanton was to deal with the quickly failing Town Market. The building with the large clock was a landmark that had symbolised growth in Pleasanton for a generation. Wiley decided to use the notoriety of the Town Market to set an example.
During the historical Rotterdam Rebellion, Wiley gave all those involved lifetime prison sentences in the very same building. It stayed a prison for about 50 more years until they transported all remaining prisoners to other facilities and turned it into the historical monument today.
Now that you know the basics of the history of the Pleasanton Town Market, I will introduce your next group project. I want you to make a short film based on the real historical events that occurred in Pleasanton before and during the uprising.
I will give you some class time to look through the library’s reference section, but you will be responsible for conducting further research outside of class. I suggest starting by looking for information on the market itself. You’ll find plenty of information - in fact, some students complain that there is actually too much information on it.
On your own time, you could find family members of old war veterans to conduct interviews. Sometimes they provide wonderful insight that you wouldn’t find in proper history books, but be careful - an interview that is riddled with bias is useless.
I myself have some very old photographs here that you are welcome to take a look at for some inspiration. I’m lucky enough to own this one of Jim Wiley himself! Very interesting to see, but does not provide enough information to add much to film.
Feel free to take this film into whatever direction you choose. You could even do a crime thriller based on real outlaws. All you would have to do is look through the newspaper archives in the crime section during that time period. Try to get as much detail as you can, but you may end up having to draw your own conclusions.
Okay, that’s enough from me, so let’s go on to...

﻿ Nghe thấy "it's not like it was the first market ever"