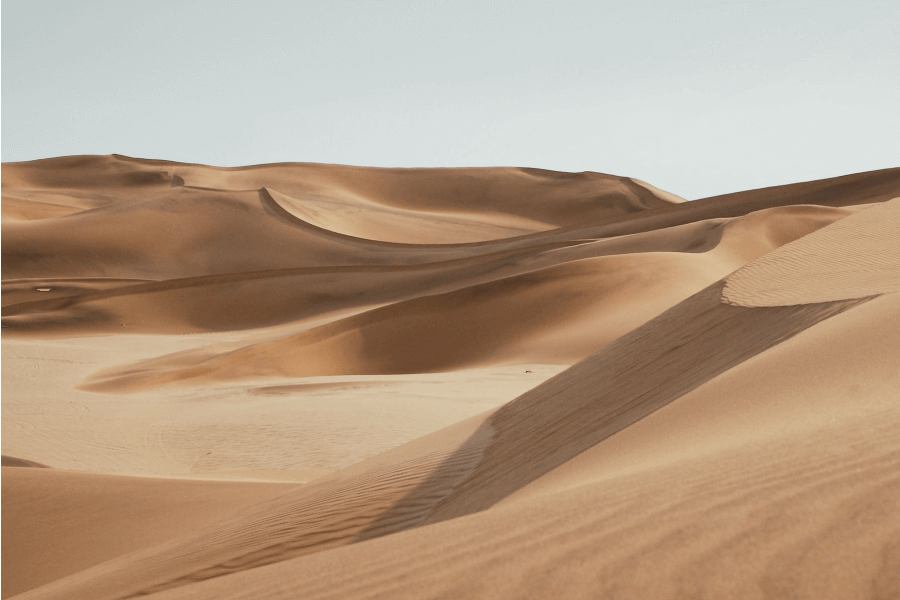 00:00
In the last lecture, we looked at the adverse effects of desert dust on global climate. Today we're going to examine more closely what causes dust storms and what other effects they can have. As you know, dust storms have always been a feature of desert climates, but what we want to focus on today is the extent to which human activity is causing them. And it is this trend that I want to look at, because it has wide-ranging implications.
So - what are these human activities? Well, there are two main types that affect the wind erosion process, and thus the frequency of dust storms. There are activities that break up naturally wind-resistant surfaces such as off-road vehicle use and construction and there are those that remove protective vegetation cover from soils, for example, mainly farming and drainage. In many cases the two effects occur simultaneously which adds to the problem.
Let's look at some real examples and see what I'm talking about. Perhaps the best-known example of agricultural impact on desert dust is the creation of the USA's 'dust bowl' in the 1930s. The dramatic rise in the number of dust storms during the latter part of that decade was the result of farmers mismanaging their land. In fact, choking dust storms became so commonplace that the decade became known as the 'Dirty Thirties'.
Researchers observed a similar, but more prolonged, increase in dustiness in West Africa between the 1960s and the 1980s when the frequency of the storms rose to 80 a year and the dust was so thick that visibility was reduced to 1,0 metres. This was a hazard to pilots and road users.
In places like Arizona, the most dangerous dust clouds are those generated by dry thunderstorms. Here, this type of storm is so common that the problem inspired officials to develop an alert system to warn people of oncoming thunderstorms. When this dust is deposited it causes all sorts of problems for machine operators. It can penetrate the smallest nooks and crannies and play havoc with the way things operate because most of the dust is made up of quartz which is very hard.
Another example - the concentration of dust originating from the Sahara has risen steadily since the mid-1960s. This increase in wind erosion has coincided with a prolonged drought, which has gripped the Sahara's southern fringe. Drought is commonly associated with an increase in dust-raising activity but it's actually caused by low rainfall which results in vegetation dying off.
One of the foremost examples of modern human-induced environmental degradation is the drying up of the Aral Sea in Central Asia. Its ecological demise dates from the 1950s when intensive irrigation began in the then Central Asian republics of the USSR. This produced a dramatic decline in the volume of water entering the sea from its two major tributaries.
In I960, the Aral Sea was the fourth-largest lake in the world, but since that time it has lost two-thirds of its volume, its surface area has halved and its water level has dropped by more than 216 metres. A knock-on effect of this ecological disaster has been the release of significant new sources of wind-blown material, as the water level has dropped.
And the problems don't stop there. The salinity of the lake has increased so that it is now virtually the same as sea water. This means that the material that is blown from the dry bed of the Aral Sea is highly saline. Scientists believe it is adversely affecting crops around the sea because salts are toxic to plants.
This shows that dust storms have numerous consequences beyond their effects on climate, both for the workings of environmental systems and for people living in drylands ...

Nghe thấy what we want to focus on today (=main focus)

Nghe tiếp thấy" ...the extent to which human activity is causing them "