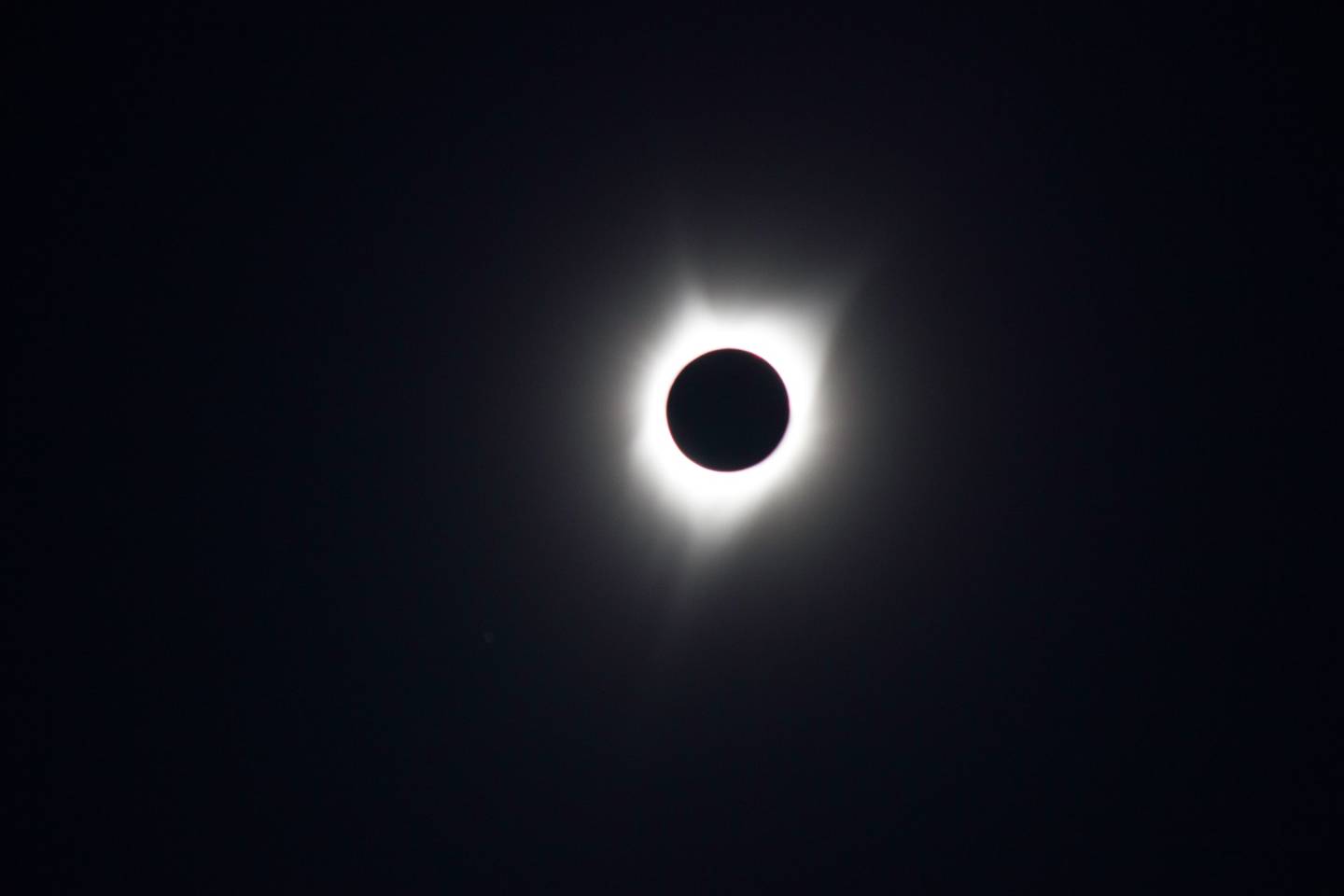 Question 1 - 6
Choose the correct letters A-C.
1
The speaker compares a solar eclipse today to a
A
religious experience.
B
scientific event.
C
popular spectacle.
2
The speaker says that the dark spot of an eclipse is
A
simple to predict.
B
easy to explain.
C
randomly occurring.
3
Concerning an eclipse, the ancient Chinese were
A
fascinated.
B
rational.
C
terrified.
4
For the speaker, the most impressive aspect of an eclipse is the
A
exceptional beauty of the sky.
B
chance for scientific study.
C
effect of the moon on the sun.
5
Eclipses occur rarely because of the size of the
A
moon.
B
sun.
C
earth.
6
In predicting eclipses, the Babylonians were restricted by their
A
religious attitudes.
B
inaccurate observations.
C
limited ability to calculate.
Question 7 - 10
Complete the table below.
Write NO MORE THAN THREE WORDS for each answer.

Good evening and welcome to this month's Observatory Club lecture. I'm Donald Mackie and I'm here to talk to you about the solar eclipse in history.
A thousand years ago, a total eclipse of the sun was a terrifying religious experience - but these days an eclipse is more likely to be viewed as a tourist attraction than as a scientific or spiritual event. People will travel literally miles to be in the right place at the right time - to get the best view of their eclipse.
Well. What exactly causes a solar eclipse - when the world goes dark for a few minutes in the middle of the day? Scientifically speaking, the dark spot itself is easy to explain: it is the shadow of the moon streaking across the earth. This happens every year or two, each time along a different and, to all intents and purposes, a seemingly random piece of the globe.
In the past people often interpreted an eclipse as a danger signal heralding disaster and in fact, the Chinese were so disturbed by these events that they included among their gods one whose job it was to prevent eclipses. But whether or not you are superstitious or take a purely scientific view, our earthly eclipses are special in three ways.
Firstly, there can be no doubt that they are very beautiful. It's as if a deep blue curtain had fallen over the daytime sky as the sun becomes a black void surrounded by the glow of its outer atmosphere.
But beyond this, total eclipses possess a second more compelling beauty in the eves of us scientists ... for they offer a unique opportunity for research. Only during an eclipse can we study the corona and other dim things that are normally lost in the sun's glare.
And thirdly, they are rare. Even though an eclipse of the sun occurs somewhere on earth every year or two, if you sit in your garden and wait, it will take 375 years on average for one to come to you. If the moon were any larger, eclipses would become a monthly bore: if it were smaller, they simply would not be possible.
The ancient Babylonian priests, who spent a fair bit of time staring at the sky, had already noted that there was an 18- year pattern in their recurrence but they didn't have the mathematics to predict an eclipse accurately.
It was Edmund Halley, the English astronomer, who knew his maths well enough to predict the return of the comet which, incidentally bears his name, and in 1715 he became the first person to make an accurate eclipse prediction.
This brought eclipses firmly into the scientific domain and they have since allowed a number of important scientific discoveries to be made. For instance, in the eclipse of 1868 two scientists, Janssen and Lockyer, were observing the sun's atmosphere and it was these observations that ultimately led to the discovery of a new element. They named the element helium after the Greek god of the sun. This was a major find, because helium turned out to be the most common element in the universe after hydrogen.
Another great triumph involved Mercury ... I'll just put that up on the board for you now. See - there's Mercury - the planet closest to the Sun - then Venus, Earth, etc. For centuries, scientists had been unable to understand why Mercury appeared to rotate faster than it should. Some astronomers suggested that there might be an undiscovered planet causing this unusual orbit and even gave it the name 'Vulcan'. During the eclipse of 1878, an American astronomer, James Watson, thought he had spotted this so-called 'lost' planet. But, alas for him, he was later obliged to admit that he had been wrong about Vulcan and withdrew his claim.
Then Albert Einstein came on the scene. Einstein suggested that rather than being wrong about the number of planets, astronomers were actually wrong about gravity. Einstein's theory of relativity - for which he is so famous - disagreed with Newton's law of gravity in just the right way to explain Mercury's odd orbit. He also realised that a definitive test would be possible during the total eclipse of 1919 and this is indeed when his theory was finally proved correct.
So there you have several examples of how eclipses have helped to increase our understanding of the universe, and now let's move on to the social ...

=> Biết đáp án sắp tới khi nghe "a thousand years ago, a total eclipse of the sun was a terrifying religious experience."

﻿ Người đọc nói tiếp rằng "but these days an eclipse is more likely to be viewed as a tourist attraction than as a scientific or spiritual event."