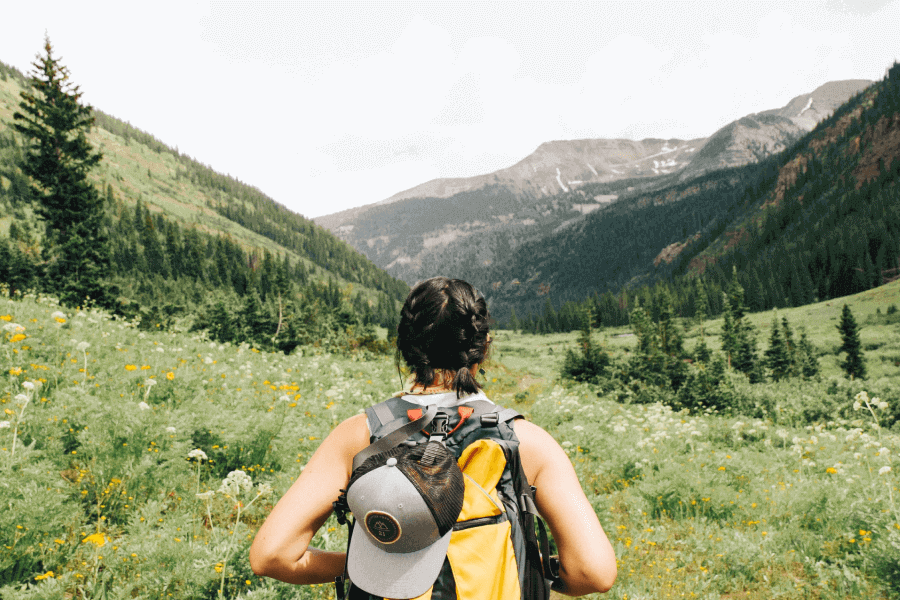 Question 1 - 4
Choose TWO letters, A-E.
Which TWO characteristics apply to the bamboo oven?
A
It’s suitable for windy weather.
B
The fire is lit below the bottom end of the bamboo.
C
The bamboo is cut into equal lengths.
D
The oven hangs from a stick.
E
It cooks food by steaming it.
Which TWO pieces of advice does the speaker give about eating wild fungi?
A
Cooking doesn’t make poisonous fungi edible.
B
Edible wild fungi can be eaten without cooking.
C
Wild fungi are highly nutritious.
D
Some edible fungi look very similar to poisonous varieties.
E
Fungi which cannot be identified should only be eaten in small quantities.

Good morning everyone, and welcome to our outdoor survival programme. As you know, this week you’ll be learning some of the basic information and skills you need to look after yourself independently in the outdoors. These first two days we’ll be based here in the classroom, and then we’ll be taking a camping trip to put into practice some of the things you’ve learned.
I’m going to start off with the topic of food. And to start with I’ll describe just two methods which we’ll be putting into practice at our camp, and which make use of natural resources: the steam pit and the bamboo pot. I’ve got two posters here to make things clearer ... And I’ll start with the steam pit here ...To make this you’ll need some dry sticks, some grass, some loose earth and some stones. And for this week only, some matches!
The first thing you do is to dig a shallow pit in the place you’ve chosen to do your cooking. Let’s say about twenty five centimetres deep, and thirty centimetres wide. Your sticks have to be a bit wider than the pit, because you have to put a line of them along the top from one end of the pit to the other.
Before setting light to these you take some large stones and arrange them on top. Then you start the fire and wait till the wooden platform burns through and the stones fall into the pit. At this point, brush away any pieces of hot ash from the stones - you can use a handful of grass - and then take another stick and push it down into the centre of the pit, between the stones.
After that you cover the whole pit with a thick layer of grass. And then you can put your food on it. wrapped in more pieces of grass, like parcels. Finally, cover the whole thing with earth. You have to pat it firmly to seal the pit. Then all you have to do is take the stick out and pour a bit of water into the opening that it leaves. It should take about four hours for your food to cook, as it cooks slowly in the steam that’s created inside the pit.
So ... simple but effective. The other method you’re going to practise this week is the bamboo oven. Now the steam pit is ideal in certain conditions because the heat is below ground level, for example, if there’s a strong wind and you’re afraid a fire might spread. But when it’s safe to have an open fire you can use the bamboo oven method.
You get a length of bamboo, which as you probably know is hollow, and consists of a number of individual sections with a wall in-between. You use a sharp stick to make a hole in each of the dividing walls apart from the end one. Then you lean the bamboo over a fire, with the top propped up by a forked stick and the bottom sitting on the ground. You pour enough water in the top to fill the bottom section, and then light a fire underneath that section to heat the water. Then you put your food inside the top section, and the steam coming up the bamboo through the holes you made cooks it.
I’m going to move on now, to food itself, and talk about some of the wild plants you might cook. I’m going to begin with fungi - that’s mushrooms and toadstools. I’m sure you’ll be aware that some of these are edible, and they’re delicious, but some of them are highly poisonous. Now whether they’re poisonous or not, all fungi that you find in the wild should be cooked before eating, because that helps to destroy any compounds in them that might be mildly toxic.
But be aware that any amount of cooking won’t make poisonous varieties any safer to eat. Unless you can definitely identify a fungus you should never eat it. It’s not worth the risk. And you need to be really sure, because some fungi that are poisonous are very similar in appearance to certain edible varieties. They can easily be mistaken for each other.
So ... having said all that, fungi are delicious when they’re freshly picked, and although they are only moderately nutritious, they do contain minerals which the body needs. I’ll move on now to leafy plants, which are generally ...

﻿ Nghe tiếp thấy "fill the bottom section, and then light a fire underneath that section"