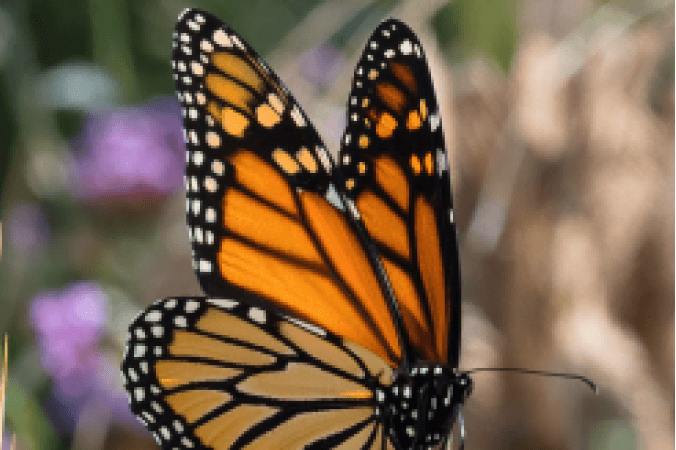 00:00
Question 1 - 10
Write NO MORE THAN TWO WORDS AND/OR A NUMBER for each answer.
Monarch Butterflies
Hibernation
Butterfly species adopt different hibernation patterns during their life cycle.
Butterflies named ‘Banded Hair Freak’ hibernate in the form of an
1
.
A species called ‘Dapple White’ accumulates
2
from larval stage.
Slow metabolism can help them to sort out some problems in winter.
A substance is produced in the blood which may function as
3
.
There are few predators because they can only survive in
4
weather.
Migration
Monarch butterflies move to
5
in winter.
To avoid cold temperature, they migrate to the south in large groups.
The survival skill can help them last for up to
6
during a long journey.
Monarch butterflies fly in daytime and stay in
7
during night.
Researchers found out that they orient by flying along the
8
.
They also follow the direction of the
9
for navigational aid.
During migration, they mainly feed on flowers and cannot reproduce.
Recently the annual arrival of the monarchs can be a good interest to
10
in the region.

00:00
We were required to do the investigation regarding survival strategies of particular animals, and I chose to study how the butterflies will do for survival when cold weather and food shortage could easily influence their life cycle.
I concentrated on a number of main strategies butterflies adopt to handle these harsh conditions: hibernation, and migration.
First let's talk about the hibernation, which means a long term sleep, in which an animal's metabolism slows to conserve strength.
Various butterfly species have formed different patterns of hibernation, at continuous periods of their life cycle.
For example, the ‘Banded Hair Freak’ hardly hibernates in its full grown adult form, but as an egg. And another species, the 'Dappled White', breathes during the winter in a crystallise stage, and during this time, it's able to draw on the energy it stimulated earlier on in its larval stage.
Though the slowing of the metabolism in hibernation functions with many of the difficulties faced in winter, it can't prevent them all.
In addition, some butterflies have extra plans for survival. For instance, they develop a substance in their blood, usually in glycerol, or sorbitol, which serves as 'anti-freeze', thereby adding extra resistance against lower temperatures.
Actually, there is a positive side about the cold weather, fewer predators exist around to cause problems, this is because they are actively mainly in warm weather.
So, now let's move on to the second type of survival strategy the butterflies used in winter: migration. That means moving to regions with a more suitable environment.
I'm going to start this topic with a detailed study about particular cases of migratory species, the ‘Monarch Butterfly'.
Many butterfly species are found in various zones of the world migrate, like “the Red Admiral', a British butterfly which ‘winters' in North Africa, but the 'Monarch Butterfly' is the sole example to do this in North America.
At any stage of the life cycle, the Monarch cannot survive in the low winter temperatures, so when it gets cold, the Monarchs begin to gather in huge groups and fly south. They can travel up to 3,500 miles.
But only the last summer generation of Monarchs migrate. Normal generations only live for a maximum of 10 days, in fact the last migration generation, as reported, do for 6 months, which enables them to take such a long journey.
These huge teams of migrating monarchs only fly during daylight hours, and at night they usually have a rest in trees, again often in vast groups.
Research is now being exercised into what encourages them to reach the destination. It has been known for years that they find their way on the journey by following rivers, and there are a few these along their migratory route.
However, the new research indicates they may also treat the sun as a navigational aid.
During this time, they are able to feed, mainly from a type of flower called ‘milkweed', but they are not able to reproduce during this period.
The Monarchs hand in their lineage' to a particular region in Mexico, known as the ‘Pier A Sequoia'.
The Monarchs are anticipated with great interest within the region, and over recent years, there annual arrival has gained great popularity among tourists.
However, their habitat is being increasingly threatened...

Sau đó nghe được "For example, the ‘Banded Hair Freak’ hardly hibernates in its full grown adult form, but as an egg."