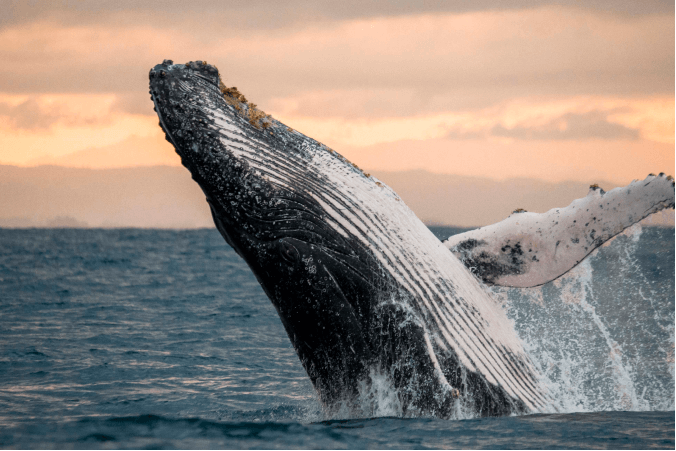 Question 1 - 10
Complete the notes below.
Write NO MORE THAN THREE WORDS.
Mass Strandings of Whales and Dolphins
Mass strandings: situations where groups of whales, dolphins, etc. swim onto the beach and die
Common in areas where the
1
﻿  can change quickly
Several other theories:
Parasites
e.g. some parasites can affect marine animals’
2
﻿ , which they depend on for navigation
Toxins
Poisons from
3
﻿ or are commonly consumed by whales
e.g. Cape Cod (1988) – whales were killed by saxitoxin
Accidental Strandings
Animals may follow prey ashore, e.g. Thurston (1995)
Unlikely because the majority of animals were not
4
﻿ when they stranded
Human Activity
﻿
5
﻿ from military tests are linked to some recent strandings
The Bahamas (2000) stranding was unusual because the whales
Group Behaviour
Further Reading
Marine Mammals Ashore (Connor) – gives information about stranding
10
﻿﻿

Good afternoon everyone. Well,with some of you about to go out on field work it's timely that in this afternoon's session I'll be sharing some ideas about the reasons why groups of whales and dolphins sometimes swim ashore from the sea right onto the beach and, most often, die in what are know as 'mass strandings'.
Unfortunately, this type of event is a frequent occurrence in some of the locations that you'll be travelling to,where sometimes the tide goes out suddenly, confusing the animals.However,there are many other theories about the causes of mass strandings.
The first is that the behaviour is linked to parasites. It's often found that stranded animals were infested with large numbers of parasites.For instance, a type of worm is commonly found in the ears of dead whales.
Since marine animals rely heavily on their hearing to navigate this type of infestation has the potential to be very harmful.
Another theory is related to toxins,or poisons.These have also been found to contribute to the death of many marine animals. Many toxins,as I'm sure you're aware,originate from plants,or animals.
The whale ingests these toxins in its normal feeding behaviour but whether these poisons directly or indirectly lead to stranding and death,seems to depend upon the toxin involved.
In 1988, for example,fourteen humpback whales examined after stranding along the beaches of Cape Cod were found to have been poisoned after eating tuna that contained saxitoxin,the same toxin that can be fatal in humans.
Alternatively, it has also been suggested that some animals strand accidentally by following their prey ashore in the confusion of the chase.I 1995 David Thurston monitored pilot whales that beached after following squid ashore.
However,this idea does not seem to hold true for the majority of mass strandings because examination of the animals' stomach contents reveal that most had not been feeding as they stranded.
There are also some new theories which link strandings to humans. A growing concern is that loud noises in the ocean cause strandings.
Noises such as those caused by military exercises are of particular concern and have been pinpointed as the cause of some strandings of late.
One of these,a mass stranding of whales in 2000 in the Bahamas coincided closely with experiments using a new submarine detection system.There were several factors that made this stranding stand out as different from previous strandings.
This led researchers to look for a new cause. For one, all the stranded animals were healthy.In addition,the animals were spread out along 38 kilometres of coast, whereas it's more common for the animals to be found in a group when mass strandings occur.
A final theory is related to group behaviour,and suggests that sea mammals cannot distinguish between sick and healthy leaders and will follow sick leaders,even to an inevitable death.
This is a particularly interesting theory since the whales that are thought to be most social - the toothed whales - are the group that strand the most frequently.
The theory is also supported by evidence from a dolphin stranding in 1994.Examination of the dead animals revealed that apart from the leader,all the others had been healthy at the time of their death.
Without one consistent theory however it is very hard for us to do anything about this phenomenon except to assist animals where and when we can.
Stranding networks have been established around the world to aid in rescuing animals and collecting samples from those that could not be helped.
.I recommend John Connor's Marine Mammals Ashore as an excellent starting point if you're interested in finding out more about these networks,or establishing one yourself.

﻿ Sau khi nghe cụm " most often, die in what are known as 'mass strandings'.

﻿ Bạn nghe "this type of event is a frequent occurrence in some of the locations....where sometimes the tide goes out suddenly, confusing the animals."