Manufactoring In The English Midlands IELTS Listening Answers With Audio, Transcript, And Explanation 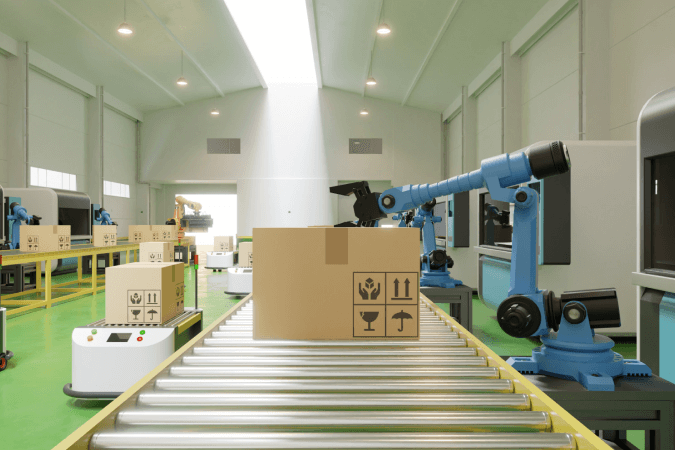 00:00
Question 1 - 5
Complete the sentences below.
Write ONLY ONE WORD for each answer.
1
In the eighteenth century, the
………………….
still determined how most people made a living.
2
In the ground were minerals which supported the many
…………………..
of the region.
3
Since the late sixteenth century the French settlers had made
﻿
.
4
In Cheshire
﻿
was mined and transported on the River Mersey.
5
Potters worked in a few
﻿
situated on the small hills of North Staffordshire.
Question 6 - 10
Complete the notes below.
Write ONE WORD for each answer.
Pottery notes
Earthenware
Advantages:
Disadvantages:
Stoneware

00:00
Thank you for coming to this series of talks. Before I talk in detail about the experiments and innovations of the British ceramicists, I'd like to give you a summary of the social and manufacturing background in which they lived and worked.
So, we're talking about England, or more specifically, the region known as 'The Midlands', and we need to go back, mainly to the eighteenth century and, briefly, even earlier, to put it in a global context.
Now, at that period the majority of the population, whatever their station in life, as you might say, were dependent for their living, in one way or another not on the geographical location of where they lived,but on the physical characteristics of the actual land they lived on.
This is true, whether we're talking about the aristocracy, the owners of great estates, who incidentally had no snobbery about the concept of making money from all the reserves of coal, or timber, or stone on their rolling acres, or the farmers making a fat living from the rich soils.
And besides these groups, and the less affluent ones, the deposits of iron ore and lead, the limestone and flint and the brown and yellow clays also sustained the numerous industries in the area.
It's important to recognise that it was already an industrial region, and had been so for centuries. There were many Midland trades, some of them indigenous, some of them not.
For example, there were immigrants from France who came as early as the late sixteenth century and they were producers of glass. A century later, there is plenty of evidence that the variety of trades was enormous: there was brewing in Burton-on-Trent; silk-weaving and ribbon-making near Coventry; framework knitting around Nottingham.
And of course, in Cheshire men dug the salt, as we still do nowadays even which in that era was sent downriver to the estuary of the Mersey.
Now, among these well-established trades, one of the oldest of the local crafts was pottery. As you will probably be aware, ceramics has always been a mix of science, design and skill, and a good potter is in a sense an experimental chemist, trying out new mixes and glazes, and needing to be alert to the impact of changes of temperature on different types of clay.
For two hundred years, up to the time we are concerned with, potters had been making butter pots and pitchers and patterned plates, using the clay which was plentiful in the area where they lived -in a handful of North Staffordshire villages dotted along the low hills.
Now I want to explain a little about the industrial processes which had preceded the great breakthrough in Germany in 1708. That's when the formula for porcelain was discovered, a secret that had been held in China for a thousand years.
In the Midlands, in England, as elsewhere, there had basically been two kinds of pottery. The first was known, is still known, as 'earthenware'.
Now this was a bit rough and ready, but it was deservedly popular for several reasons. To start with, it was relatively cheap, so it could be used by most households. This was because it could be made from local clay without any complicated processing or added materials.
From the potter's point of view there was another reason for its cheapness. This was that it could be fired in simple ovens, or kilns, and at relatively low temperatures, so he didn't have to spend so much money on fuel to achieve the necessary heat.
On the other hand, after one firing in the kiln, the problem with earthenware was that it remained porous so had limited usefulness. So for most purposes it had to go back in the kiln for a second firing before it became waterproof.
And another thing was that it was extremely breakable -I mean, before it had even been sold. I suppose the potter wouldn't have minded so much if people just had to keep coming back for more every time they broke a jug or whatever! -but it was very inconvenient because it meant there was a lot of wastage in the course of the manufacturing process.
Anyway, for all these reasons, if people could afford it, and that would be all but the very poor, they would buy stoneware,a much tougher product.
Now, for this, the potter used a slightly more expensive raw material, which was made by combining clay and flint and this mixture was fired at a far higher heat, with the result that the ingredients vitrified, that is to say, in effect the whole thing became glassy and because of this it was non-porous, and naturally, this was regarded as a great advance.
Well, that's the situation in the eighteenth century. Are there any questions at this stage? OK. So, now we can go on to look at the age of innovation.

Đáp án cần tìm liên quan tới thế kỷ 18 (In the eighteenth century, the .... still determined how most people made a living)

Mình nghe được là ''the majority of the population, ...., were dependent.... not on the geographical location of where they lived, but on the physical characteristics of the actual land they lived on.''