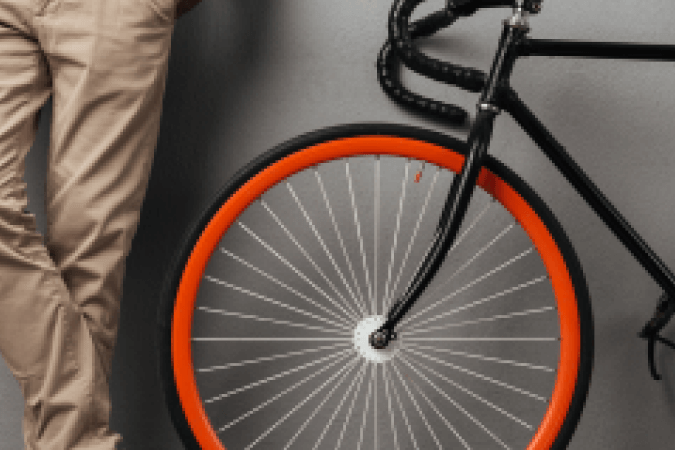 Question 1 - 6
What does the organiser tell the members about who should do each of the following tasks?
Write the correct letter, A, B or C.
List of Findings
A
All the members must do it
B
Members have the opinion of doing it
C
The organiser is responsible for doing it
1
Taking tents
2
Booking campsite
3
Taking bicycles
4
Buying train tickets
5
Buying tickets for a football match
6
Collecting information about the area of the tour
Question 7 - 10
Which location has the following attractions?
Choose FOUR answers from the box and write the correct letter, A-H.
List of Findings
A
farming museum
B
horseriding
C
locally produced food
D
market selling clothes
E
old ruins
F
steam railway
G
transport museum
H
water sports
7
St. Andrews
8
Cluny
9
Pennerley
10
Farlow

Right. Now, let me bring you up to date with arrangements for our cycling tour next month. First of all, think of the tents.
You know at the beginning, the idea was that I arranged to borrow some tents from the college, but it proves that they will be used by the hiking club at the same time, so I'm afraid you will have to bring your own.
So, do remember to tell me whether you prefer to use a single tent or share with others. In this case, I'll know how many tents there'll be when I make the reservation at the various campsites.
Last time some of you said you would like to hire bikes and pick them up when you arrive instead of taking your own.
Well, I've asked lots of shops or agencies about bike hiring in St. Andrews, the town where we'll be arriving, and unfortunately there aren't any shops that offer this service, so which, I am afraid, means taking your own.
I'll book them on the train when I book the train tickets, which reminds me, I'll need to know the exact number of people going to, so that I can get a group discount on the train fare.
Another one that'll need to be booked is tickets for the football match we discussed last time. I've enquired about availability and there are only a few seats left so anyone who wants to go will need to get tickets very soon, ideally today or tomorrow.
At our next meeting, I'll be able to give you all individual packs with the final program and something about the area we'll be cycling through and places we'll be visiting. I'm afraid I haven't had the time to do that yet.
Now, I'll tell you briefly about some of the attractions in the places we'll be staying, as I said we'll be taking the train to St. Andrews where there is one or two very good restaurants.
One thing that's definitely worth visiting there is the sites where the original town was constructed nearly 1,000 years ago.
There's not much of the original buildings left but there's still plenty to see. The site is being excavated and you'll be able to help out if you want to. Our next overnight stop will be in the village of Cluny.
There are a number of ancient barns here that have been modernised into a museum indicating the significance of sheep in the area over the centuries. The wool used to be sold for cloth and it brought richness to the district.
There are also several photos describing how agricultural workers lived.
From there we'll leave for Pennerley. Pennerley is well known for its museum of village life but that's been refurbished at the moment and isn't likely to reopen by the time we go there, but there's an open-air farmer market everyday selling fruits, vegetables, cheese and meat all grown or processed within a few miles of the town and sold by the farmers themselves.
It's definitely worth a visit.
In Farlow, which is one of the oldest towns in the region, there's a museum that shows how horses used to be the most universal way of travelling around, and how they were gradually substituted by steam and later, of course, electric trains, buses, cars and bicycles.
I'll pass around this sheet of paper...

﻿ Tiếp tục nghe "You know at the beginning, the idea was that I arranged to borrow some tents from the college"

﻿ Tuy nhiên nghe tiếp "but it proves that they will be used by the hiking club at the same time, so I'm afraid you will have to bring your own"