How To Kill Bad Insects IELTS Listening Answers With Audio, Transcript, And Explanation 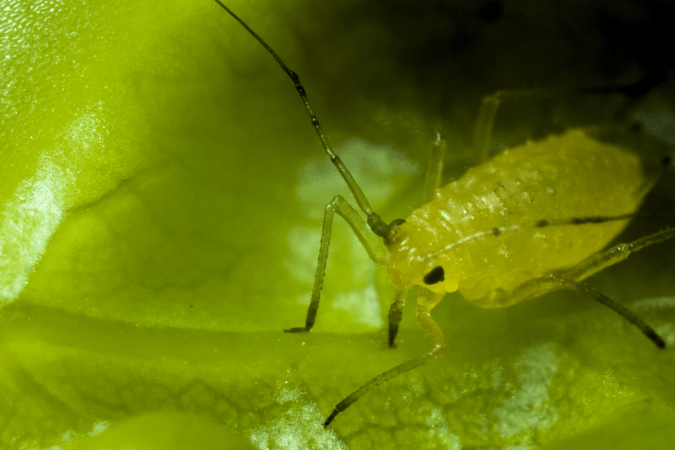 00:00
Question 1 - 5
Complete the sentences below.
Write NO MORE THAN TWO WORDS for each answer.
1
Bees that help with pollination benefit flowers and  31
﻿
.
2
Bees produce wax that can be made into candles and
﻿
.
3
Dragonflies primarily eat
﻿
.
4
Insects in summer can be harmful because they can carry such deadly diseases as malaria,
﻿
and sleeping sickness.
5
Harmful insects may destroy crops, clothes, furniture, and even the
﻿
.
Question 6 - 10
Complete the notes below.
Write NO MORE THAN TWO WORDS for each answer.
How to kill bad Insects
Chemical Method
These solutions to insect problems are often not worthwhile because:
a) They are effective on a
6
﻿
b) They Can bring harm to
7
﻿
c) Insects become
8
to the chemicals quickly.
Biological methods
These Methods are
9
than chemical methods of eliminating harmful insects.
Breeding control method
In order to control the breeding of insects, one needs to understand the insects’
10
﻿

00:00
Good afternoon, and welcome to Insect Biology 101. I’d like to begin this course with a few remarks about good insects and bad ones. Bugs are all around us and that’s both a benefit and an annoyance - sometimes maybe even serious harm. First, let’s talk about the good things that insects do for us.
Probably the most important insect for humans, and maybe for all other life, is the bee. Bees help plants in the process of pollination, and thus are necessary to most flowers and fruit-producing trees.
That is, they carry pollen from “male” flowers to “female”. If it weren’t for bees, we’d have very few food plants and no fruit either. In fact, there would be no "we”.
No less a thinker than Albert Einstein pointed out that, without bees, humanity would be dead within a year or less. We’d starve. It’s that simple. That should maybe make us just a little humble.
A little less dramatic is the fact that bees also make the honey we eat. Moreover, they produce beeswax, which is useful in candles and it’s also used as a first-rate furniture polish.
Sure, these may not be vital to our lives, but they can serve as reminders of how important bees are. That’s a point I keep coming back to in this course. Though, in all fairness, I should point out that butterflies aid in pollination as well as bees.
Now, here in Michigan, what’s the worst part of summer? Yep, that’s right - mosquitoes. But I’m talking about helpful insects, right? So let’s look at the dragonfly first. If there were no dragonflies, there would be even more mosquitoes!
Dragonflies mainly eat mosquitoes and also a few other insects. Yes, that’s right. They don’t just fly around, and they also help to eliminate harmful insects. So, the next time you see a dragonfly, don’t you dare kill it!
Now let’s talk a little about those harmful insects. Take the mosquitoes I just mentioned as an example. Not so many years ago, mosquitoes here in America weren’t just annoying. Some were even deadly.
They carried malaria and yellow fever. My own ancestor, the Confederate General John Bell Hood, lived through the worst battles of Civil War only to die at age thirty-eight from yellow fever. A pest, not a bullet!
Well, besides the mosquitoes, in summer there is also a kind of insect that never seems tired. Right, that is the fly. Before I go on talking, I must mention an African fly called the Tsetse fly, which feeds on blood and can cause serious diseases in the people and animals that it bites.
Besides, it is still a bearer of sleeping sickness, which affects around 300,000 people every year in Africa and can be treated only with toxic drugs that are hard to administer. Worse still, the drugs sometimes don’t work.
Other insects, of course, destroy food crops. In China, for instance, locusts continue to be a danger to the harvest in some areas. Less important, but still annoying, moths eat people’s clothes and dust mites slowly destroy carpets.
Worse, but still in the home, termites or “white ants” eat wood - the wood of your house. If they are not stopped, they can eventually destroy the whole building.
Usually they seriously damage a building before anyone even notices them. So, as we all know, insects can be a real trouble.
For some decades in the West, to kill insects with chemicals seemed a good remedy. Unfortunately, chemicals can only be used in a limited area for a limited time. It’s a small-scale solution.
The insects come back. Worse still, some of the poisons used like DDT were found harmful to the environment. Many kinds of wildlife, like hawks, were harmed. And people in chemical-using rural areas have one of the highest rates of liver cancer in the world.
It’s no secret that the chemicals remain harmful to humans. Like all species, insects adapt to their changing environments at an amazing rate. When a new chemical is introduced to their habitat, the insects that survive are generally the ones with some way of resisting the harmful effects.
They then breed with the other survivors, and just like that insects become resistant to most poison in a few generations. An insect generation, remember, is a couple of months at most!
So, again we have to ask: what to do? Well, there are biological solutions. Some of these are pretty simple. One is destroying the insects’ habitat. You take away their home or food.
Cleaning your kitchen is the best way to prevent roaches. No garbage: no food. Getting rid of marshes and swamps eliminates mosquitoes. Other solutions might include bringing in dragonflies or bats in areas where mosquitoes are many.
This is a cheaper alternative to chemicals. Biological methods like this also bring no extra pollution to the environment. But you have to be careful. If you change the environment too much, you might be hurting other forms of life accidentally.
One recent method of controlling insect populations involves interrupting their breeding cycle. What does that mean? It means "birth control for bugs”. Insects are provided with food that makes them unable to reproduce.
Since they can’t have babies, the population disappears, or nearly so. And since no young are born, resistance is not a problem with no young insects developing increased resistance.
Interrupt the life cycle, eliminate the bug! It’s clear that we must have an understanding of the life cycle of the insect. At least, that’s the plan. We’ll go into more details as this course goes along. Now I will stop here to see whether you have any questions or not.

Sau đó nghe "thus are necessary to most flowers and fruit-producing trees."

Sau đó nghe "If there were no dragonflies, there would be even more mosquitoes!"

Sau đó nghe "If they are not stopped, they can eventually destroy the whole building."

Nghe thấy "chemicals can only be used in a limited area for a limited time. It’s a small-scale solution"

Sau đó nghe "It’s no secret that the chem­icals remain harmful to humans. "

Sau đó nghe "insects become resistant to most poison in a few generations."

Sau đó nghe "This is a cheaper alternative to chemicals"