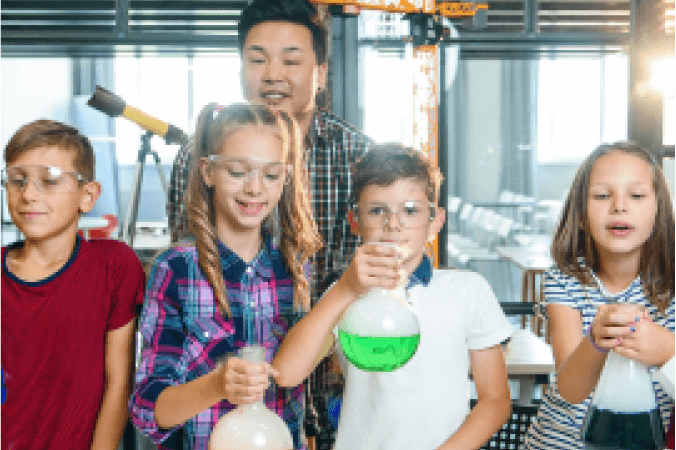 Question 1 - 6
Label the map below.
Write the correct letter, A-L. 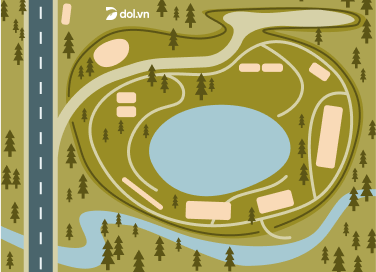 A
B
C
D
E
F
G
H
I
J
K
L
Bus stop
1
Student dormitory
2
Basketball court
3
Staff houses
4
Climbing Wall
5
Picnic Shelter
6
Question 7 - 10
Choose the correct letter, A, B or C.
7
One building has not been decided yet, but will probably be
A
a sport facility
B
a cafeteria
C
a conference facility
8
The upkeep of the facility will be mainly funded by
A
fees from training companies
B
the local council
C
visits by school groups
9
One disadvantage of this location is
A
the nearest shops are too far away
B
the site is difficult to get to by public transport
C
One disadvantage of this location is
10
The designers of the facility had to take into account
A
the views of local businesses
B
a shortage of funding for the construction
C
some building which were already here

Well, good evening everyone, and thanks for coming tonight. As you all know, I've been asked to report to local School Committees in the new Grace's Creek Activity Camp, which is in the final stages of construction as we speak.
So, let's first of all have a look at a sketch of the overall layout. I'll point out the major features and show you a few slides of the facilities as we go. Remember that some of them are a work in progress.
Well, as you see, the site is roughly rectangular, and... emm... it's bordered on the South by Grace's Creek.
This is a narrow and fairly slow-moving stream that's been cleaned up a lot in recent years, actually. Now, if you approach from the South, you cross Grace's Creek and turn right into the camp.
So, coming from the north, you'll see a bus stop just before you get to the camp itself. From the main gate, the driveway turns immediately left around the edge of the camp and while you're on the driveway, if you look right, down to the opposite end of the space across the lake, you can see the student dormitory, the largest building on the site.
Emm... You'll see that there's a shared jogging and walking track which runs next to the driveway and in fact runs all around the perimeter of the camp, next to the wall.
Now, going back to the driveway, just before the drive turns right, there are a couple of tennis courts, but they're not quite ready for use yet. And in the corner there, opposite the tennis courts, is the basketball court.
It seems to be more popular with the kids than tennis these days.OK, so the path turns left into that large rectangular space, which is the car park obviously, with space for about 80 cars and up to 5 coaches.
So, coming back out of the car park, you can turn left onto the jogging track, to walk around to the student dormitory. And as you go, you pass a couple of small chalets on the right, which are the permanent staff houses.
While we're on the topic of accommodation, there is also a guest hostel, in the centre of the south side. That's directly overlooking the lake, and it's for business groups. The climbing wall is just to the left of it.
The lake, by the way, is arterial, but it is just deep enough for kayak training and even windsurfing or paddle boarding. That small building on the edge of the lake is the boat house, for the storage of all the water sports equipment.
Now, the stream can also be used for kayaking, and there's a small gate in the south wall leading out to it. It's a great spot for picnics, too, so there's a picnic shelter just there.
Emm... there are a few facilities which were in the original plans, but haven't so far made it into the final design phase. We do have one building next to the dormitory, which we're a bit unsure how to proceed with.
The favourite suggestion is a gym and pool, though frankly that's a bit optimistic, given the cost of those facilities. The most likely outcome will be some kind of food outlet, because that could contribute towards the overall running, costs, with another option being a conference room.
The facility will, of course, be partly funded by visits from the general public during school terms, and we've already had some interest from companies who could use it for corporate events and retreats.
That will contribute a lot to the upkeep and development because council funding won't cover everything, though it does cover the bulk of the ongoing expenses.
Well, the site might seem a little far from most of the schools in the Council area, but I should just mention that one of the attractions of this location was the easy road access and proximity to transports hubs.
But not only that, the nearby Parkdale forest has some excellent walking tracks and mountain biking trails. If there's a drawback, I'd say it's the lack of grocery stores within walking distance.
It's going to be a great addition to the facilities available to everyone in the area, and it's the end result of a long consultation process with schools and the public.
Now, we haven't been able to do everything that we're wanted, not particularly because of budget constraints, but more because of the extent to which we were limited by the existing structures from previous commercial use, but we have listened to both the parents and the students who are going to use the facility.
Now, I'm sure you'll have a lot of questions, so let's take a short break, and when we come back we can open up the meeting for discussion.

﻿ Theo người nói, ''So, coming from the north, you'll see a bus stop just before you get to the camp itself.''