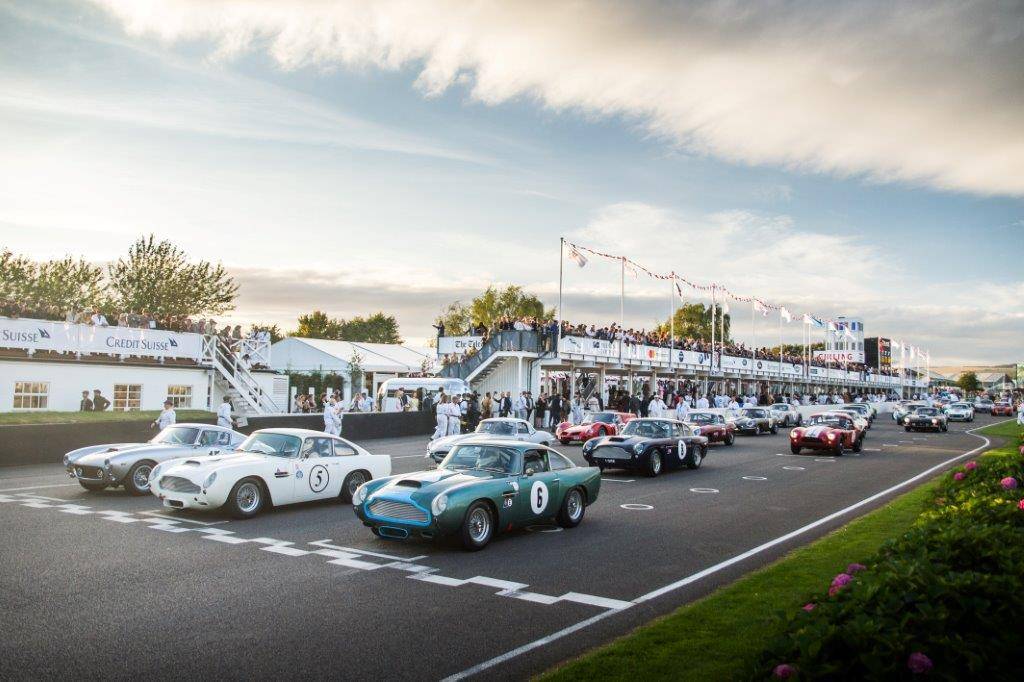 The Goodwood Museum is currently celebrating some of the most extravagant types of car design in its festival of speed. Here's our reporter Vincent Freed, who's on site, to tell us about some of the cars on display.
Well, here I am, standing in front of one of the most prestigious cars ever built, the Duesenberg, a fantastically expensive, luxurious car built in the early part of the 20th century and bearing all the glamorous qualities of the jazz age. How many were there? Well, only 473 Duesenberg J-tvpes were ever built and the model here is one of the rarest.
Each had a short 125-inch chassis or framework and the body was always in the form of an open two-seater. The technology behind the car's 6.9-litre engine was extraordinary. It featured capsules of mercury in the engines to absorb vibration and provide an incredibly smooth ride.
In fact, these cars offered unparalleled performance ... in an age when 160 kilometres per hour was considered very fast, the Duesenberg promised a top speed of 180 kilometres per hour and could do 140 kilometres per hour in second gear.
Duesenberg, who designed the car, sold it as a frame and engine ... this was typical of the age again and many prestige manufacturers such as Rolls-Royce did exactly the same. Owners able to afford the hefty $9,000 price tag for the basic car would then commission a coachwork company to build a body tailored to their own individual requirements.
The Duesenbero's great attraction for the driver, was its instrument panel which offered all the usual features but also several others including a stop-watch. It was the Duesenberg's technology that lay behind its success as a racing car and they dominated the American racing scene in the 1920s winning the Indianapolis Grand Prix in 1924, '25 and '27.
On to another celebrity, the 1922 Leyat Helica. Only 30 of these French propellor cars were built and the model here at Goodwood, which was the fourth to be made, is thought to be the only surviving example still capable of running.
The brains behind this car was Marcel Leyat who was an aviation pioneer first and foremost, and the influence of flying is quite apparent in the car. The Leyat very strongly resembles a light aircraft with its front propellor but in this case it's minus any wings of course!
It's quite odd to think that this car was whirring through France, just as the Duesenberg was blasting down roads at 160 kilometres per hour across the Atlantic. The Leyats were used regularly in France in the 1920s and were even produced in saloon and van form, as well as two-seater.
The Leyat matched its propellor drive with its equally bizarre steering which used the rear rather than the front wheels! But despite looking rather frail, it was a tough machine. In fact, when troops tried to steal it during the Second World War, the car's baffling design was clearly beyond the would-be thieves and it ended up being driven into a tree, breaking the propellor. And now for the Firebird ...