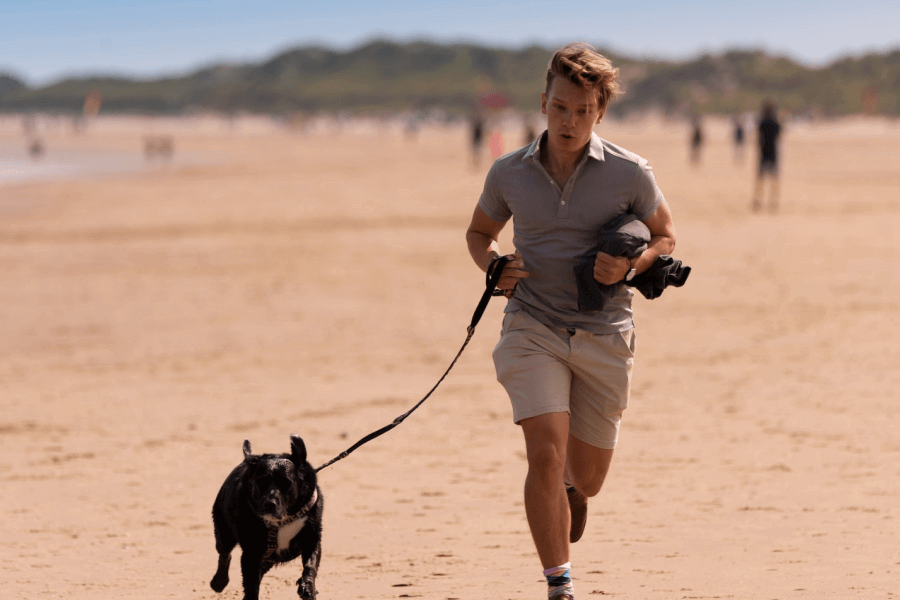 Thanks, Joanne. Well yes, dogs with jobs is the subject of today's programme. Dogs have earned themselves a reputation over the centuries for being extremely loyal. And here's a little story which illustrates just how loyal they are. Just outside the country town of Gundagai, is a statue built to commemorate a dog - a dog which sat waiting for his owner to return to the spot where he'd left him.
Well ... the story, which was immortalised in a song, has it that the poor dog died waiting for his master ‘five miles from GundegaiV, which is where they built the statue. Now that's what I call loyalty!
Well, because of their loyalty and also their ability to learn practical skills dogs can be trained to do a number of very valuable jobs. Perhaps the most well known of working dogs is the border collie sheep dog. Sheep dogs which work in unison with their masters need to be smart and obedient with a natural ability to herd sheep. Some farmers say that their dogs are so smart that they not only herd sheep, they can count them, too!
Another much-loved working dog is the guide dog, trained to work with the blind. Guide dogs, usually Labradors, need to be confident enough to lead their owner through traffic and crowds but they must also be of a gentle nature. It costs a great deal of money to train a dog for this very valuable work but the Guide Dog Associations in the UK, America and Australia receive no government assistance so all the money comes from donations.
Another common breed of work dog is the German shepherd. German shepherds make excellent guard dogs and are also very appropriate as search and rescue dogs working in disaster zones after earthquakes and avalanches. These dogs must be tough and courageous to cope with the arduous conditions of their work. And so that they can be sent anywhere in the world to assist in disaster relief operations, effective dogs and their trainers are now listed on an international database.
When you arrive at an airport here in Australia, you may be greeted in the baggage hall by a detector dog, wearing a little red coat bearing the words 'Quarantine'. These dogs are trained to sniff out fresh fruit as well as meat and even live animals hidden in people's bags. In order to be effective, a good detector dog must have an enormous food drive - in other words they must really love their food.
At Sydney airport where there are ten detector dogs working full time, they stop about 80 people a month trying to bring illegal goods into the country. And according to their trainers, they very rarely get it wrong! Another famous working dog is the husky.
Huskies, which originally came from Siberia, have been used for decades as a means of transport on snow, particularly in Antarctica where they have played an important role. Huskies are well adapted to harsh conditions and they enjoy working in a team.
But the huskies have all left Antarctica now because the International Treaty prohibits their use in the territory as they are not native animals. Many people were sad to see the dogs leave Antarctica as they had been vital to the early expeditions and earned their place in history along with the explorers.