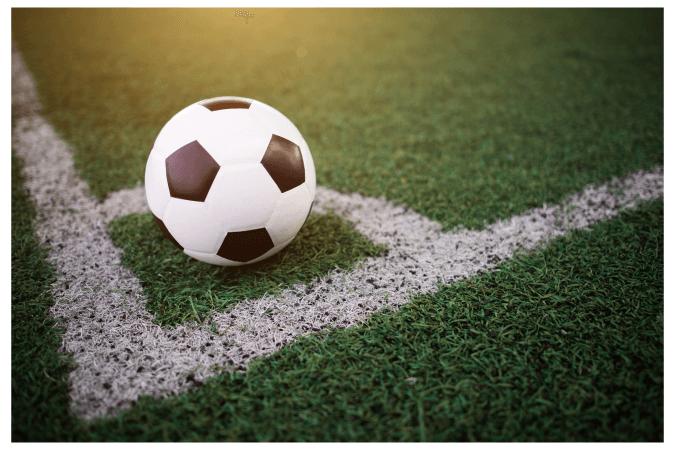 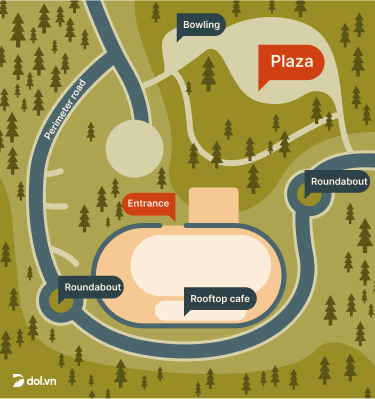 00:00
Ladies and gentlemen, I’m very pleased to be able to welcome you to ‘Cityscope’, our lovely modern sports and leisure facility.
I’ve brought you up to the rooftop café on top of the stadium so that you can enjoy the view while I explain briefly what we have here and point out to you the major features of the site.
Then we’ll go round and have a look at ground level. We’re extremely proud of this new facility.
You see, when the project was first discussed, we expected that a multinational company would give us half our funding and the central government grant would make up most of the rest, with a smaller contribution from local business.
Well, we’d got quite far into the planning stage when the multinational pulled out and both central and local government decided they couldn’t afford anything, so we ended up with a beautiful project, a small amount of sponsorship promised by local organizations and nothing else.
We thought we’d never build it, but at the last moment, we had an amazing donation of several million pounds from a national transport company, and that got us going again and we managed to get all the rest from local fundraising.
There’s hardly a street in the city that hasn’t made its contribution one way or another, so there’s a true sense of local ownership here.
So, this is what we got. We wanted a new stadium because the 1950s football stadium is on the other side of town and is shortly due to be pulled down and built over.
This site was the old airport with some playing fields on one side of it and a few buildings from the 1930s when the airfield first opened.
So we were able to plan a new stadium with plenty of room for all the things people wanted.
The playing fields have been upgraded and referenced so they are now a set of top-quality outdoor pitches for amateur football, hockey and so on.
We have both sports and other entertainments here. We want to encourage all kinds of people onto the site and hope some of them may come to use the cinema or the café and end up trying the fitness centre.
These are all grouped together : the café is in the original 1930s passenger hall and the architects have managed to retain some of the elegant style of the building.
The other buildings, like the control tower, which would have made a great feature, and the aircraft hangars which we had hoped might house the fitness centre, were unfortunately not structurally sound enough to preserve. So everything else is newly built, opened in 2010.
Right, now if you’d like to gather a little closer to the window I’ll point out the various buildings.
We’re at the highest point of the stadium here in the rooftop café, on the opposite side to the main entrance doors.
On our left, you can see two buildings just beyond the end of the stadium.
The closest one is the business centre, used for meetings and conferences, and so on, which provides a good source of revenue for the upkeep of the sports facilities; and next to the business centre the biggest building is the hotel which is rented from us by an independent company.
As you see, they are served by the perimeter road which runs round three-quarters of the site. Now, coming round to the front of the building, immediately in front of the entrance, that circular open space at the end of the road is the transport hub.
From here, there are buses and a monorail link to the free car park, about ten minutes from here, but you can’t see that.
There’s also a large secure cycle park, about ten minutes from here, but you can’t see that. There’s also a large secure cycle park. Oh, and secure parking, of course. People find it’s very convenient and it keeps the site virtually car-free.
OK. Now if you look as far as you can over to the right, beyond the buildings, you can see our outdoor pitches, which I mentioned earlier. Between the pitches and the entrance is a little kind of pedestrian plaza.... are you with me?
OK, with the cinema in the building furthest away from us, next to the pitches, then there’s the ten-pin bowling between the cinema and the road.
Near the far end of the perimeter road and between the mini-roundabout and the pitches – there’s our fitness centre, with all kinds of equipment, and a small pool, and changing rooms for teams using the pitches.
Then joined on to the stadium, next to the entrance, is a range of small shops which all specialise in sports equipment, clothes, shoes. They sell toys and so on as well, all that sort of thing.
They seem to be doing well! As you see, the service road goes right round, but we keep the traffic and the pedestrians well apart, so it’s all very relaxed round the plaza, popular with families.
And just in front of the bowling is our lovely restaurant. You can see it from here –it’s that building on the plaza between us and the bowling. It’s open all day and in the evenings.
There’s quite a queue there at weekends, I’m pleased to say. So now, you’ve got the layout, we can go and have a closer look at everything.

Speaker nói tiếp "...but at the last moment, we had an amazing donation of several million pounds from a national transport company"