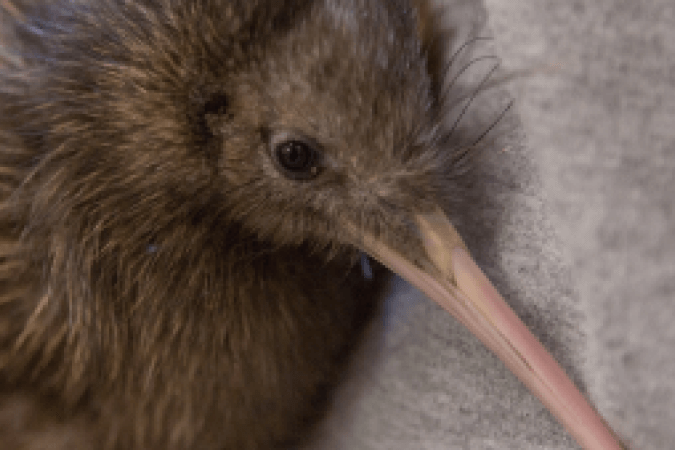 Question 1 - 10
Complete the notes below.
Write ONE WORD AND/OR A NUMBER for each answer.
Birds in New Zealand
Facts
The birds often build their nests along the coastline or besides the
1
﻿.
In 1984, researchers suggested that there were only
2
﻿ of this kind of bird left.
It seems hard to
3
﻿ the number of birds precisely.
Influencing factors
Human activities, such as
4
﻿as well as constructing homes threaten this bird population.
The birds are influenced by many species which can eat their
5
﻿.
Natural disasters including
6
﻿ can also reduce the population of the birds.
Ways of protection
The zoo should recruit a
7
﻿ to prevent the birds from their being poached.
The organizer could build a
8
﻿ to prevent the public from getting closer.
People should make more of an effort to protect
9
﻿ birds.
Through the
10
﻿, people will know more about bird protection.

Ladies and Gentlemen, good afternoon. In this session, we're going to talk about birds indigenous to New Zealand, delving into the facts and analysing methods of protecting these species from extinction.
It may be a surprise to you to know that there are millions of bird species that are endemic to New Zealand; in other words, they are rarely found anywhere else throughout the world.
Because quite a large number of these birds lead a living on a diet of freshly-caught fish, they often nest alongside the coastline or, follow the neighboring river, if necessary to track freshwater fish.
Once they have mated, the female will collect twigs and pieces of debris to build nests where she can hatch her eggs under safe circumstances, like out the reach of predators.
When first immigrants landed on New Zealand roughly 7 centuries ago, rats were carried on the ships with them. The rats flourished in the warm climate and gradually became a threat to the native bird populations, particularly to the flightless species.
In 1984, researchers discovered that just 3 pairs of flightless bird species remained in existence, and that even these faced severe pressure.
Now, New Zealand is a global pioneer in facilitating the recovery of severely endangered species from the brink of extinction.
Every year, researchers conduct certain surveys aimed at monitoring the fluctuation in the levels of bird numbers and species living in New Zealand.
Owing to migration patterns of a few bird species, it is far from easy to accurately estimate the bird numbers since many may have flown to other regions in search of mates and warmer climates, and thus not be included in the investigation
Probably, there is a sensitive link between bird numbers and environmental influences, especially those closely linked to human activities.
Routine activities, such as farming or building houses, can have a massive impact on the local populations. Forests that play a role of a habitat for thousands of birds can be entirely eradicated to produce fields for cropping or to provide wood for construction, which is such a catastrophic impact.
It is not only the activities of humans that threaten the living conditions of bird species, but the population of many predatory animal species has dramatically risen in New Zealand.
One of these predators is the Mantane snake, which was introduced from Australia and has decimated the population of Killdeer birds. These birds nest on the ground, and often return to find their eggs have been devoured by the egg-eating snakes.
One cannot dismiss; of course, it is the disadvantage of that nature itself that imposes on the survival of many bird species.
Natural disasters such as storms can be devastating, tearing apart forests and leaving thousands of destroyed nests in their wake. Monsoons flood the rivers and often drown many of the flightless bird species that are unable to escape.
Unfortunately, illegal hunting, which is the greatest threat to bird species in New Zealand, is nearly impossible to prohibit.
Several bird species, which are going to be extinct, now appear on display at the national zoo, and there is such a crucial need that urgent policies are adopted to protect them.
The zoo recently employed an expert in bird protection, who strongly suggested that a guard should be employed to protect their birds from poachers.
The expert also lays much stress on the fact that the birds can be haunted by quite a stressed situation where the public can approach them too closely, suggesting that the administration install a fence network to keep the public a safe distance away from the birds.
In spite of this threat to birds in captivity, it is the freely roaming birds that are most at risk. Many efforts are being made to educate the public in terms of how they can contribute towards protecting birds that are living in the wild.
Finally, research has indicated that one of the most feasible measures of keeping the public noticed about the significance of protecting the bird populations is through the media.
I advise you all to read the related articles in specialist journals, and also do some research on the Internet. Everyone can make your own contribution if you put your mind upon it!

﻿ Mình nghe được là '' ... they often nest alongside the coastline or, follow the neighboring river, if necessary to track freshwater fish.''