An Overview Of The Research On Amber IELTS Listening Answers With Audio, Transcript, And Explanation 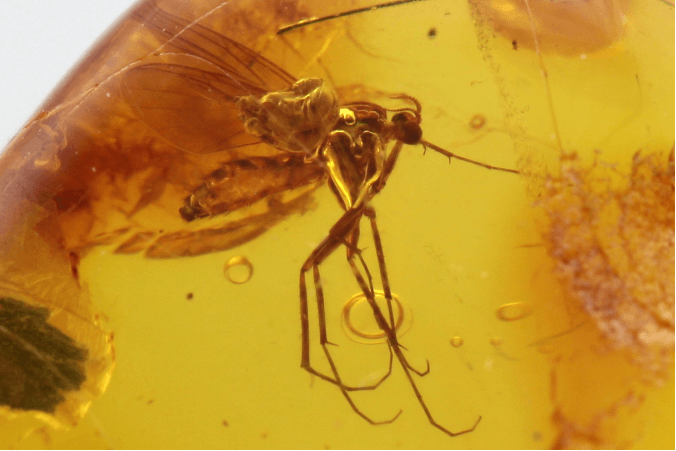 Question 1 - 10
Complete the notes below
Write NO MORE THAN TWO WORDS AND/OR A NUMBER for each answer
AN OVERVIEW OF THE RESEARCH ON AMBER
Amber: a fossilized tree resin, which may be produced to protect itself against
1
﻿ and fungi.
Color:
Formation:
Places and Conditions:
Inclusions:
Uses and applications:

Tonight I’m going to present an overview of the research on amber.
Okay, I’ll start by giving a brief introduction about amber, then talk about the formation of amber, and then describe amber’s applications in different fields.
First of all, what is amber?
Amber is not a stone, but is ancient, fossilised tree resin, which is the semi-solid amorphous organic substance secreted in pockets and canals through epithelial cells of the plant.
And why is resin produced?
Although there are contrasting views as to why resin is produced, it is a plant’s protection mechanism.
The resin may be produced to protect the tree from disease and injury inflicted by insects and fungi.
Amber occurs in a range of different colors.
Besides the usual yellow, orange, and brown, other uncommon colors are also associated with it.
Interestingly, blue amber, the rarest Dominican amber, is highly sought after.
It is only found in Santiago, Dominican Republic.
There are several theories about what causes the blue color in amber.
The most common one links it to the occurrence of volcanic dust that was present when the resin was first pressed out from hymenaea protera millions of years ago.
At this point you might be curious about how amber is formed.
Molecular polymerisation, resulting from high pressures and temperatures produced by overlying sediment, transforms the resin first into copal.
Sustained heat and pressure drives off terpenes and results in the formation of amber.
Copal that I’ve just mentioned is also a tree resin but it hasn’t fully fossilized to amber.
More generally, the term copal describes resinous substances in an intermediate stage of polymerization and hardening between “gummier” resins and amber.
So where can we find amber?
It can be found on sea shores.
The main producer worldwide is Russia.
In fact about 90% of the world’s available amber is located in the Kaliningrad region of Russia, which is located on the Baltic.
Here, the resin is washed up on the coast after being dislodged from the ocean floor by years of water and ocean currents.
However, exposure to sunlight, rain , and temperate extremes tends to disintegrate resin.
This also indicates that amber is not really an ideal fossil preservative for most uses.
We’ve already learned that amber is made of tree resin.
It often includes insects that were trapped within the tree many millions of years ago.
A piece with a visible and well-arranged insect is generally valued much higher than simple, solid amber.
One Dominican amber source reported finding a butterfly with a five-inch wing spread; this is both a large and unusual find; most butterfly specimens have no more than a two-inch wingspan.
Inclusions in Dominican amber are numerous - 1 inclusion to every 100 pieces; Baltic amber contains approximately 1 inclusion to every 1,000 pieces.
Now that you have a basic knowledge of amber, I’d like to talk a bit about amber’s application in different fields.
First, amber is appreciated for its color and beauty.
Good quality amber is used to manufacture ornamental objects and jewelry, for instance using a variety of exclusive first class quality natural Baltic amber with silver to make natural amber jewelry.
But due to the biodegradation of Amber fossils, people with amber jewelry have to take special care of it, to ensure that the amber is not damaged.
It was previously believed that amber worn on the neck served to protect one from diseases of the throat and preserved the sound mind.
Kalistrate, a famous doctor in the Roman Empire wrote that amber powder mixed with honey cures throat, eye and ear diseases, and if it is taken with water, eases stomach ache.
While the mystery around that use of amber has not been cleared, one thing is sure: it will help effectively to defeat small malaises.
Amber has ever been used as a building material.
Amber created the altar in St. Brygida Church in Gdansk, Poland. In St. Petersburg, Rusia, the walls of the famous Amber Room were lined with intricate carvings and inlaid designs.
This palace room is being reconstructed from photographs, and can be visited at the Catherine Palace, located in the town of Tsarskoye Selo.
And finally, the fourth use of amber is that…