A Lecture In Environmental Science IELTS Listening Answers With Audio, Transcript, And Explanation 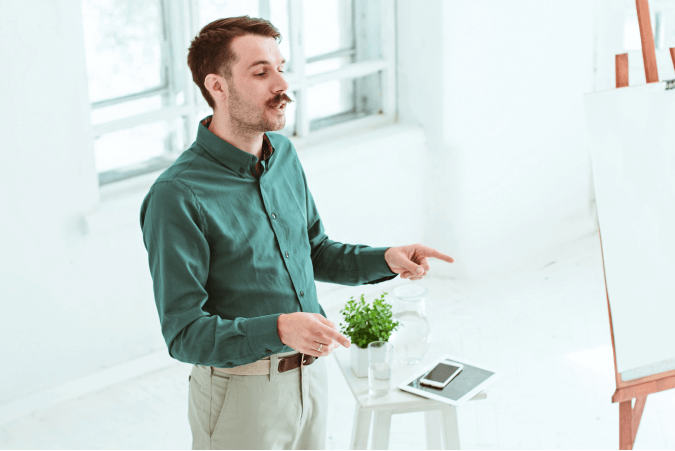 Question 1 - 8
Complete the sentences below.
Write NO MORE THAN THREE WORDS for each answer.
This paper pertains to one major concern about water for people everywhere - that is a
1
﻿ source of water.
Australia is a dry continent and thus water is very
2
﻿.
We utilise the most water for
3
﻿.
We discover the purest water in rivers, creeks,
4
﻿.
Rainfall is a useful source of water unless there is significant
5
﻿.
People in the West wish the water to be
6
﻿.
Water is highly prone to
7
﻿
In the home, one of the most important uses of water is for
8
﻿.
Question 9 - 10
Choose the correct letter, A, B, or C.
9
The mechanisms for water management are
A
inadequate
B
nearly adequate
C
admirable
10
The government’s 1989 White Paper
A
caused a concern
B
is unreliable
C
is inconclusive

Good morning and welcome to yet another lecture in Environmental Science. I don’t think I am telling you a secret when I mention that water is a big worry here in Australia. The stuff is scarce. Perhaps that’s why we drink so much beer, eh?
Seriously, though, a safe and reliable source of water is one of the great concerns of people everywhere. Moreover, as the world population grows, the pressure on existing water supplies grows greater and greater.
Think about it. Our economic system demands that there be more and more consumers. The growing number of people has been tied to climate change, including droughts. So more people means less water.
But our economic system demands a high birth rate. Forget about oil. Soon enough you will see wars for water. Mark my words.
But today, I’m going to confine my remarks to Australia. As noted already, here down under, the water supply is extremely scarce. The only drier continent is Antarctica - and remember, no one really lives there anyway.
Moreover, in recent years, the wind patterns have changed. Rain that used to fall on the country now falls out to sea hundreds of miles to the south.
Now, when I speak of people needing water, most of you probably think of drinking. Certainly everyone needs water for drinking. But surprising as it may sound, drinking is not anywhere near being the main use for water. Most water is actually used for washing.
When you take a shower, you probably use well over a hundred litres of water. Every time you flush your toilet, that’s about eight litres. But most people drink no more than two litres or so per day.
So, where to get water? It could be obtained from rainwater, but often rainfall consists of other harmful pollutants that evaporated with the water. In fact, acid rain, an intense example of this, causes harmful effects on the wildlife of the habitat on which it falls.
Water from underground could also be used, though it is more difficult to contain and often must go through an extensive cleansing process. The purest water is found in rivers, creeks, lakes, and dams. And, sad to say, Australia has precious few of these.
Really, how many of your home towns have rivers? Year-round rivers, I mean. The soil tends to be sandy, so water soaks into the ground. Many places are rocky too, so 87% of the rainfall is lost to evaporation. That’s almost twice the evaporation rate in my native Canada!
Speaking of rain, we already heard how rainfall is diminishing here in Oceania. The quantity itself isn’t the only problem, either. Going back to the problems with obtaining rainwater, a further problem is that rain is a useful source of water only if air pollution is fairly mild.
Again, you’re in a situation where you can’t win. You need water where most people live. People tend to build cities where rainfall is adequate. But then modern cities tend to feature polluted air which renders the rain far less easily usable.
OK, let's take a look at the table here, you’ll see it showing the relative pollution of rainfall in the world’s cities. The more people, the dirtier the rain.
This is becoming a huge concern for people in the West, who want their water to be pure and safe. Though reliable drinking water is important everywhere, the concern in the West is reflected in all the government regulations and political campaigns aimed at solving this problem.
In contrast, there are not as many demands made on the governments in Asian and African cultures to improve the water, as their focus is on other issues.
Now, whatever the source of water, we can never afford to forget that all water is highly vulnerable to contamination. Whether we’re getting it from the ground, from bodies of water, or rainfall, it is susceptible to a variety of toxins.
In fact, that’s why we clean it before using it: water carries with it filth and dirt. This problem shows up in a number of different ways.
As humans and all other animals need water to survive, it's no surprise to us that one of the most important domestic uses of water is for drinking. Yet if you have old-fashioned lead pipes, you may slowly be poisoning yourself by drinking that nice clear water.
The industrial pollution, farm chemicals, and leaky landfills are well-known sources of contaminants as well.
So what is being done to ensure we Australians a safe and steady supply of drinking water? There are a lot of initiatives that make admirable efforts to remedy this issue. We’ll be talking about this when we meet again on Thursday.
But, as a preview, I can tell you that so far the amount of real solutions that have been produced is not nearly adequate. Traditionally, we’ve been very free in this country. That means that every person and every province tend to go its own way. So the mechanisms for water management are, in a word, insufficient.
To begin seeing how this is so, I want you to read something before our next class. Though a lot of previous data on water usage and water management are inconclusive and have thus caused quite a concern, we can learn a lot from the content of reports written on the subject.
The basis for the government’s water policy is the 1989 White Paper reporting on “Water Use: Present and Future". If you compare the numbers offered in the paper with those in the text, you’ll find that the report is rather untrustworthy. Truth being told, I’m being too kind when I say that!

﻿ Sau đó nghe "Seriously, though, a safe and reliable source of water is one of the great concerns of people everywhere."